50%
Tweet
Can your car wake you up if you get sleepy behind the wheel? Or recommend a good Mexican restaurant? These nine technologies will soon change the way we think about cars. 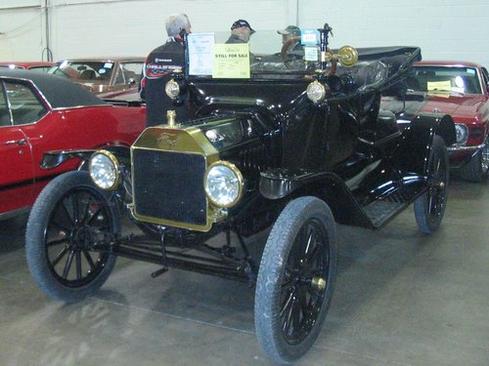 The convergence of two technological trends -- the Internet of Things and the quest for the self-driving car -- is changing the way cars are being made. New sensor technologies are driving a revolution in the way we interact with our beloved cars, how safe they are, and even how fuel efficient they can be. Pretty soon, it will be hard to tell who is smarter -- the car or the driver.

That's probably OK with most drivers. People seem to love their cars like family. This survey shows that over half of British drivers name their car. The most popular name for a car in Britain? Betty. IWeek's own Susan Nunziata named her car Mabel. The funny thing is that as cars become more automated and more connected to our lives, we're only going to get closer to them. The next time a Mabel or a Betty swerves to avoid oncoming traffic, she's going to seem more like a friend than ever.

Cars are also going to get more social and even take on a personality as they become more connected to our lives. The first time Harrison (a common name for Fords) reminds his driver to pick up an anniversary gift, you can bet he's going to get rewarded with a nice wash and wax.

All of this is predicated on an increasing interconnectedness between cars, drivers, and the world around them. Your car is going to be packed with an increasing number of cameras, sensors, and networking gear that will allow it to not only see and measure the world around it, but to tap into what other cars and nearby objects are seeing. Imagine your car knowing that a child has run into the street right around the corner, because another car saw the child first.

So not only are Betty and Harrison going to talk to you, but they're also going to be talking to Mabel. All of this is going to lead to changes in the way we drive. Click on to see nine technologies that are going to make your current car look like a Model T.

Comment  |
Email This  |
Print  |
RSS
More Insights
Webcasts
Now That Ransomware Has Gone Nuclear, How Can You Avoid Becoming the Next Victim?
Securing Active Directory the Way it Deserves
More Webcasts
White Papers
DevOps for the Database
NDaaS 101
More White Papers
Reports
Online Threats -- and What Your Org Can Do About Them
[Special Report] Remote Network Management
More Reports


@tzubair    I couldn't help but think about electrodes connected to one's head when thinking of monitoring a drivers mental alertness.


I guess it would be possible to have your car take you to the nearest Starbucks if your "alerness rating" is below the recommended level.  : )

Good Luck with the Flowers.

My favorite and probably one of the most useful technologies would be the detection of driver's mental alertness. And It isn't even far from application. This, we know to be one of the commonests causes of road traffic accidents and in countries like saudi arabia, THE most common cause. Smart phones have been offering this feature for a while now, whereby the screen turns off when a person is getting drowsy or has put the phone away. Same is the case with facial recognition softwares in cars, smart phones have been doing it for a while. Though yes it is a security system that cannot be messed with by thieves.

Yet I wouldn't want my car to do the thinking on my behalf..If it's my wife's birthday I would rather pick my flowers myself and remember to do that.
Reply  |  Post Message  |  Messages List  |  Start a Board

Just put down the phones when you're driving, people.

The idea is pretty amazing. But it also worth to notice, as the article says, "it would allow a car to gently slow down or accelerate to better sync with the lights." I'm just glad that the car will do the thinking for many of us.
Reply  |  Post Message  |  Messages List  |  Start a Board

While the tech may be advancing, peoples' use of it isn't. Just put down the phones when you're driving, people.
Reply  |  Post Message  |  Messages List  |  Start a Board

yes, as people, gonna be people... and will pay attention to the phone instead of keeping eyes on the road...
Reply  |  Post Message  |  Messages List  |  Start a Board

Susan, that's exactly the case here in China. Some people play their smartphones from time to time with traffic without smart cars...They make the phone call or even send/receive WeChat message! The technology is getting more and more advanced but the essence of security still relies on people's mindset.
Reply  |  Post Message  |  Messages List  |  Start a Board

@leeB120- I'm 99% sure that's a hoax. I can't find a definitive link to prove it, but I really think if any bump on the hood triggered airbags they'd have long been taken out or repaired.

Either way, external airbags wouldn't go off on content. It would be too late by then. They need to go off proactively with a different system.
Reply  |  Post Message  |  Messages List  |  Start a Board
Page 1 / 6   >   >>
Editors' Choice
Hot Topics