Xiaomi, a smartphone maker based in China, sold more devices in its home market during the second quarter than Samsung, the world's No. 1 supplier of devices. Samsung owned the Chinese smartphone market for more than two years, but data from Canalys says its reign has come to an end.

Samsung sold 13.2 million smartphones in China during the second quarter, down from 15.5 million in the year-ago period. Samsung's sales declined despite the arrival of the Galaxy S5, its flagship smartphone for the year. Samsung faced a tough quarter, and partially blamed its reduced profits on weak sales in China. Samsung's competitors made significant gains on the behemoth in the April to June time frame.

During the same period, Xiaomi's China sales climbed more than three-fold from 5 million to 15 million units. It easily surpassed Samsung. Lenovo, another China-based firm, ranked third in the market with sales of about 11 million.

Xiaomi has only been around since 2010, but it found a way to appeal to the masses in its home market more so than Samsung. "The combination of high spec devices, low prices, and an ability to create unprecedented buzz through online and social platforms has proved an irresistible proposition for the Chinese," said Dominic Sunnebo, strategic insight director at Kantar WorldPanel, earlier this year. Xiaomi's low-cost devices are an easier sell to budget-conscious shoppers than are flagship devices from Samsung and LG. 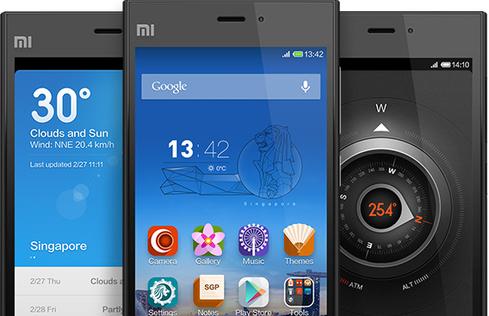 Xiaomi ranks as the world's fifth-largest seller of mobile devices, according to Strategy Analytics, but that data contradicts findings from IDC, which says LG holds the number five spot. Whatever its worldwide ranking, Xiaomi is almost completely reliant on its home market for sales. Data suggests Xiaomi shipped as few as 100,000 devices outside of China during the second quarter, which stands in stark contrast to the tens of millions shipped elsewhere by the likes of Samsung, LG, Lenovo, Huawei, and ZTE. Xiaomi is hoping to change that.

Last year it poached Hugo Barra from Google. Barra was VP of the Android mobile operating system at Google. He now serves as Xiaomi's international VP and has helped put a new face on the company. Xiaomi is targeting countries such as Brazil, Indonesia, Malaysia, Mexico, the Philippines, Singapore, and Thailand for expansion. It has already launched one phone, the Mi 3, in India.

Xiaomi has yet to target the US, and it likely won't for some time. Xiaomi's Chinese rivals Huawei and ZTE are already struggling to sell devices to US consumers.

Thanks Thomas- do you know if either of those companies supply the RF components of the phone?
Reply  |  Post Message  |  Messages List  |  Start a Board

Some of the suppliers often thought of as Chinese companies are actually Taiwanese firms, like Foxconn and Pegatron.
Reply  |  Post Message  |  Messages List  |  Start a Board

Does anyone know where Xiaomi is getting their phone components? Are they sourcing these from Chinese suppliers or are they working with Qualcomm, Samsung, TriQuint, Skyworks, etc. to get their parts? What is the RF front end and PA solution? It would be interesting to see if they are focused on Chinese parts.
Reply  |  Post Message  |  Messages List  |  Start a Board

Yes I think the US would do that.  Some of us are old enough to remember the "Buy American/Made in the USA" push of the late 70s and early 80s.  I think we have reached the point where we can't squeeze starter jobs out of the economy any more so we need to bring some of that manufacturing back. It won't be quick but I do think we'll see some bigger companies bring their focus back home.
Reply  |  Post Message  |  Messages List  |  Start a Board

can't say.  china has our money and our jobs.  and our technology.  every time we saved a dime sending work to china, we lost a dollar of our own security.  we should have kept the jobs at whatever cost.  when the lights go out, you can't go to the grocery store for food.  what you have is what you're going to have.  this country doesn't make shoes, for crying out loud.  the money we saved is gone.  the jobs we had are gone.  our tech lead is gone.  but, we've got that dime.  only, it's not worth a dime.  and we need shoes.
Reply  |  Post Message  |  Messages List  |  Start a Board

I wonder whether the US would adopt a similar policy of favoring native firms if it were economically disadvantaged compared to China.
Reply  |  Post Message  |  Messages List  |  Start a Board

The MiPad offers a 7.9 inch, 2048X1536 Retina-quality display (Sharp Technology) and what is considered to be the world's most powerful mobile processor, the New Tegra K1 (192-core) with graphics processing power that compares to gaming devices such as the XBox 360; the MiPad also offers a Sony 8 Megapixel rear camera with an F/2.0 aperture, premium speakers, a 6700 mAh battery (12 hours) and Android 4.4 Kit Kat.
Reply  |  Post Message  |  Messages List  |  Start a Board

my immediate vision was when chinese companies start taking the lead from foreign companies, the long term plan is working.  invite foreigners to take advantage of our cheap labor until you have their technology, then start making your own.  thank you, very much.  i suspect the original idea was to flood the market with their own products to disrupt the world economy, but now i see them turning west to flood russia in their gas and oil deals.  maybe both.  if i were a megalomaniac, that's what i would do.  the achilles heel of capitalism is they'll sell you the rope to hang them with.  samsung may be the first of many to learn the hard way - to paraphrase - if you sell a man a fish, he'll eat for a day.  but, if you teach a man to fish, you'll lose your business.
Reply  |  Post Message  |  Messages List  |  Start a Board