Qualcomm Will Slash 15% Of Its Workforce - InformationWeek

A cellular slump provokes Qualcomm to restructure, meaning 4,700, or 15%, of its employees may lose their jobs.

Qualcomm will lay off 15% of it employees, an estimated 4,700 people, as part of a restructuring plan that may include spinning off non-strategic parts of the company. The mobile giant announced the plan to cut $1.4 billion in annual costs by 2016 along with its quarterly results which were down significantly but in line with expectations. 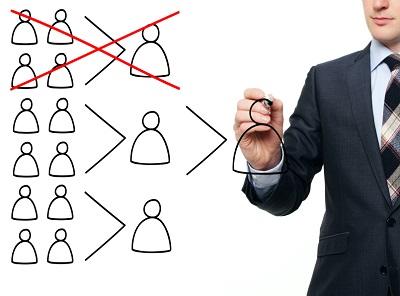 Revenues for Qualcomm's fiscal third quarter were $5.8 billion, down $1 billion year-over-year and $1.1 billion sequentially. Net profit was down a whopping 47% from the prior year to $1.2 billion.

Amid an industry slowdown in smartphone growth, the company forecast its fourth quarter revenue would be down 15-30% from the prior year to $4.7 to $5.7 billion. It estimated it will sell 170 to 190 million of its MSM cellphone chip sets in the period, down 19 to 28% from last year.

The results amount to the first big downturn for the company that has been a darling of the go-go mobile era. Qualcomm attributed the decline to a decrease in licensing revenues, a burn off in inventory and reduced demand for premium chip sets from a vertical customer -– likely Samsung -- as well as lower than expected sales in China.

Read the rest of the story on EE Times.

We welcome your comments on this topic on our social media channels, or [contact us directly] with questions about the site.
Comment  |
Email This  |
Print  |
RSS
More Insights
Webcasts
What We Can Learn from Sports Analytics
Strategies for Success with Digital Transformation
More Webcasts
White Papers
How to Prioritize Risk Across the Cyberattack Surface
The 2020 Duo Security Trusted Access Report
More White Papers
Reports
2020 State of Cybersecurity Operations and Incident Response
2020 State of DevOps Report
More Reports

This news following on the huge cuts IBM has been implementing doesn't bode well for the IT job market.
Reply  |  Post Message  |  Messages List  |  Start a Board
Editors' Choice
Hot Topics