In a speech at the Moritz College of Law, FCC Chairman Tom Wheeler said that new net neutrality laws would hold up to court challenges brought by telecoms, carriers, and their representatives.

Federal Communications Commission Chairman Tom Wheeler is confident that the recent reclassification of broadband Internet services under Title II of the Telecommunications Act will hold up in court, despite charges from broadband providers over the FCC's net neutrality regulations.

At the end of a speech given Friday, March 27, at Ohio State University's Moritz College of Law, Wheeler told the crowd the FCC’s new rules would be upheld by the courts.

Wheeler recalled that the DC Circuit sent the previous Open Internet Order back to them and told them they were trying to impose common carrier-like regulation without stepping up and saying they are common carriers.

"We have addressed that issue, which is the underlying issue in all of the debates we've had so far," Wheeler said. "That gives me great confidence going forward that we will prevail." 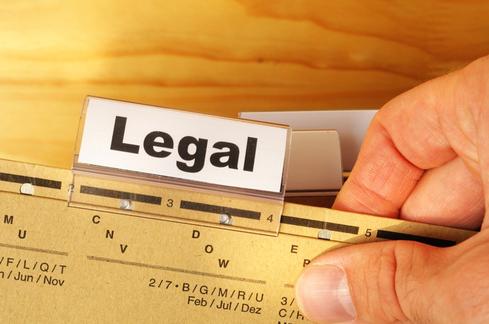 A full transcript of Wheeler's speech is also available on the FCC's website.

In a 3-2 vote in February, the FCC passed a new set of regulatory measures effectively banning broadband Internet service providers from deliberately slowing, blocking, or favoring specific sites and the content they deliver to the consumer market.

The latter was filed in the US Court of Appeals for the District of Columbia, a court that a Reuters report noted has already rejected FCC net neutrality proposals twice.

In a statement, USTelecom president Walter McCormick said with the reclassification of Title II regulation, the FCC has chosen the wrong path for achieving broadband deployment in all parts of the United States.

"The FCC could best facilitate further investment and competition in broadband services by focusing its efforts on removing the regulatory hurdles to a smooth transition to IP networks, fully implementing Phase II of the Connect America Fund, updating the rural Universal Service Fund for broadband, and taking additional steps to lower the costs of access to local rights-of-way and pole attachments that can make up 20 percent of the cost of deploying fiber," according to the USTelecom statement.

Nathan Eddy is a freelance writer for InformationWeek. He has written for Popular Mechanics, Sales & Marketing Management Magazine, FierceMarkets, and CRN, among others. In 2012 he made his first documentary film, The Absent Column. He currently lives in Berlin. View Full Bio
We welcome your comments on this topic on our social media channels, or [contact us directly] with questions about the site.
Comment  |
Email This  |
Print  |
RSS
More Insights
Webcasts
Key technology trends in 2021 - Making these technologies work for your business
Optimizing App Performance in the Cloud
More Webcasts
White Papers
Why Add Security to Your Skill Set and How to Do It
Protection Strategies for a Cyber-Resilient Organization
More White Papers
Reports
The State of DevSecOps Report
DNS Network Traffic Volumes During the 2020 Pandemic
More Reports

I always find it interesting that for the companies that have to follow them regulations are 'hurdles' but for anyone else they are considered to foster things like safety and fairness. Good to know someone is confident that those 'hurdles' will stay in place so the companies can't take advantage.
Reply  |  Post Message  |  Messages List  |  Start a Board

Given the revolving door that is D.C. where industry lobbyists are appointed as head of agencies that are supposed to be protecting American consumers , you'll pardon me if  I don't put a whole lot of stock in former cable industry lobbyist Wheeler's sugar-coated bloviations.  I'm sure he's just running interference for now for his corporate masters the better to blindside Net Neutrality advocates.
Reply  |  Post Message  |  Messages List  |  Start a Board
Editors' Choice
Hot Topics