0%
Tweet
The FCC's new net neutrality rules are facing their first challenge from a number of industry trade groups, which have backing from companies such as AT&T and Verizon.

Opponents to the Federal Communications Commission's net neutrality rules haven't wasted any time. The agency was socked with two lawsuits this week, which are likely to be the first of many.

The FCC is confident its plan will withstand any legal assault, but the wrangling may take years to put to rest before the rules are put in place.

USTelecom, a broadband industry trade group, filed its lawsuit Monday, March 23, in the US Court of Appeals for the District of Columbia. This is the same court that has already rejected FCC net neutrality proposals twice, according to Reuters. USTelecom described the FCC's plan as "arbitrary, capricious, and an abuse of discretion."

The basis of its lawsuit suggests the FCC violated rulemaking procedures and other regulations in adopting the rules. The trade group didn't call the rules themselves illegal. Instead it is targeting the FCC's method used in approving them. "We do not believe the FCC's move to utility-style regulation is legally sustainable," said USTelecom President Walter McCormick. 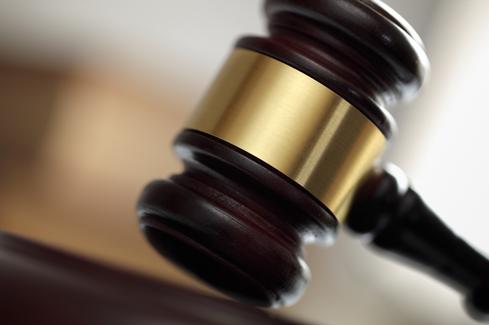 Alamo Broadband from Texas filed a similar lawsuit in the US Court of Appeals for the Fifth Circuit in New Orleans.

For the most part, individual companies such as Verizon Wireless are unlikely to sue the FCC directly.

The companies will instead rely on their trade group partners to take legal action. For example, the CTIA Wireless Association is ramping up a lawsuit of its own. Verizon and AT&T's interests will be represented by the CTIA. Verizon has suffered some blowback over the new rules because it sued the FCC over the agency's last set of proposed net neutrality rules. Verizon's January 2014 courtroom victory over the FCC negated the rules and forced the FCC to start all over again. Much to Verizon's chagrin, the agency decided much stricter rules are needed.

The FCC voted 3-2 along party lines in favor of the rules at its last open meeting on Feb. 26. The rules do several things that irk broadband companies.

First and foremost, they seek to reclassify broadband providers as "common carriers" under Title II of the 1934 Telecommunications Act. This will give the FCC much stricter regulatory oversight of the industry. They also seek to govern how broadband providers -- both wired and wireless -- run their networks. For example, paid prioritization schemes, which would give paying services access to faster speeds, would be verboten. So, too, would throttling the speeds of consumers or blocking apps, services, or content.

The FCC was not shaken by the legal action. "We believe that the petitions for review filed today are premature and subject to dismissal," said an FCC spokesperson of the lawsuits.

It takes some serious chutzpah to litigate against net neutrality in the same court that already rejcted your other complaints. I will be glad when this whining from the providers nonsense is over. If they hadn't tried to over-reach and bully people into paying more so their service is faster this never would have come up. When you don't abuse your power, people usually don't mind you having it. When you get all greedy, you are inviting laws and regulations
Reply  |  Post Message  |  Messages List  |  Start a Board
Editors' Choice
Hot Topics