The world's biggest smartphone trade show kicks off in Barcelona next week, and industry watchers will be keeping their eyes peeled for new wearables. Don't expect Mobile World Congress to offer a cornucopia of hardware, though -- rather, the burgeoning consumer electronics category will continue to take shape with first-generation products. The trade show is primed to offer a peek at several new products from various companies that will help define what wearables should and shouldn't do.

Here's what to expect.

HTC has been talking up its wearable products a lot lately, and Bloomberg scored a big scoop regarding HTC's strategy. HTC has no fewer than three wearables in the works, and the company plans to reveal one of them to carriers during the show. The first device is based on Qualcomm's Toq, according to Bloomberg's source, though details are sparse. First revealed last September, the Toq uses Qualcomm's Mirasol display technology, which lets the screen remain on at all times without sapping power.

HTC's second device is more ambitious. It will incorporate Google Now, Google's powerful search agent. Already available to smartphones and tablets, Google Now lets users create profiles and then learns their behavior over time. It is a great tool for commuting, traveling, and performing voice-activated searches, and bringing Google Now to your wrist could be powerful. HTC's third product is said to be a simple music player. Of the three, only the first is expected to make an appearance at the show, and even that may take place behind closed doors.

Samsung also plans to launch a new smartwatch at MWC. The company has already hinted that a follow-up to the Galaxy Gear is in the works, and many expect the company to reveal it alongside the Galaxy S5 smartphone at Samsung's Unpacked5 event on February 24. The device might be a stunner, but not for the reason you might think: USAToday claims the Gear 2 will run Samsung's own Tizen operating system instead of Google's Android. 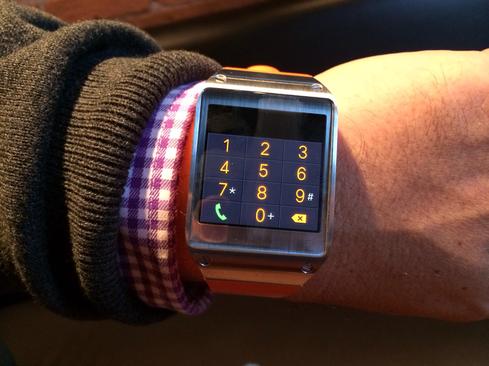 The original Gear runs Android, but Samsung is striving to build the strength, awareness, and appeal of its homegrown OS. The Gear 2 will run an HTML5 variant of Tizen that will be easy for developers to target with web apps. By switching to Tizen, Samsung is clearly drawing a line in the sand regarding market control. The Gear is already the world's most popular smartwatch, giving Android an early 61% lead in the market. If Samsung is able to convince consumers to adopt a device with Tizen under the hood, it could damage Google's strong position in wearables.

Huawei also said it will announce a smartwatch at Mobile World Congress, along with at least one smartphone and two tablets. Huawei revealed no other details about its planned announcements, but the company made it clear that it intends to compete with the top players in the mobile device industry on every level.

Lenovo, ZTE, and LG may also debut wearables at MWC, but they have been coy about their plans.

InformationWeek.com will be on hand and reporting live from Barcelona. Be sure to check back for the latest news.

I believe that soon, the wearables will catch up with the smartphones and both will do pretty much the same. At that moment, the (wearable) function will be perfectly clear. Don't you agree?
Reply  |  Post Message  |  Messages List  |  Start a Board

Wasn't it IBM that ten, 20 years ago proposed the "body network?"  Were just getting to that with wearables.  Those of us who own watches know the value of turning your wrist to see information quickly and efficiently rather than having to fish your phone out of its case, look at it and then return it to its holder.  Now if we can just work out all the secure communication and battery issues....
Reply  |  Post Message  |  Messages List  |  Start a Board

I'm curious -- does the watch have any capabilities that your smartphone doesn't have?
Reply  |  Post Message  |  Messages List  |  Start a Board

I personally wear a Pebble smartwatch, and I have to admit it has its usefulness.  I'm the type of person who would rather leave my phone in my bag and leverage my Pebble to show me if I have a text or email coming in, or even as call display.  It's also super handy for controlling my music while I commute.  That being said, it destroys my phone's battery life.  Even with powersave mode, the constant bluetooth connection is a vampire on my phone.  Until they can fix that issue, it's going to be tough to sell more wearables, especially which drive additional functionality that can sap even more system resources.
Reply  |  Post Message  |  Messages List  |  Start a Board

Everyone seems to have a wearable in the works but beyond fitness metrics and constrained communication, there doesn't seem to be much clarity about why one would want a wearable.
Reply  |  Post Message  |  Messages List  |  Start a Board
Editors' Choice
Hot Topics