Mobile World Congress 2016 in Barcelona is a mere five weeks away. Here's a look at what we're expecting at the event, amidst local, national, and global politics.

Mobile World Congress 2016 in Barcelona is a mere five weeks away. When the expo doors open on February 22, we'll see progress reports on the upcoming 5G wireless standards, an explosion of wearables, and plenty of excitement around the Internet of Things (IoT).

Politics -- local, national, and global -- will also loom large over this year's Congress. There is pressure on the city of Barcelona to meet new transportation demands from GSMA, the wireless industry association which organizes the annual event. In addition, there's debate over whether Spain's king will show up for the event amidst tension between the national government and Catalonia. On the world stage security will be heightened to unprecedented levels in the wake of recent terrorist attacks in other cities.

Here's a look at seven expectations we have for this year's Mobile World Congress.

5G, which is seen by some industry observers as a crucial step in the advancement of IoT was a major topic of discussion during MWC 2015. 5G standards will be front-and-center again this year. The EU is recommending that 5G networks encompass optical, cellular, and satellite solutions.

One of the big questions, though, involves spectrum allocation, which will require cooperation from governments worldwide. Last year, during MWC, the EU Commissioner for Digital Agenda, Günther H. Oettinger, complained that the 28-nation EU alone has "28 fragmented silos, 28 data protection regulations, 28 regulators."

We expect debate to continue at MWC and beyond as this crucial next step in wireless connectivity moves forward.

A September 2015 report from Frost & Sullivan predicts that the number of connected devices will reach approximately 22 billion by 2019. Connected cars are projected to represent 24% of these, with wearable devices claiming 17%. 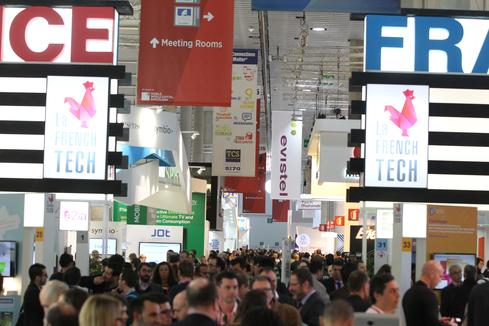 The IoT will have a significant presence at MWC, especially in discussions at conference sessions.

The topics that matter most revolve around standards for the devices and the wireless frequencies on which they'll transmit their data. Last year, most IoT suppliers were adamant about asking governments not to interfere with communications and standards. A year later, we see a lack of industry standards or any clear direction, which we expect will drive serious debate at MWC.

MWC 2015 was the first time wearable devices such as smartwatches and fitness bands had a major presence. This year, wearables will probably eclipse new mobile phones. Manufacturers such as Samsung, HTC, Sony, and LG will show their newest offerings, some of which were introduced at CES in January in Las Vegas.

Barcelona plans to open a new metro line from the airport to the city two days before the start of MWC. The new Line 9, completely automated and driverless, will connect both airport terminals directly to the fairgrounds, and to the rest of the Barcelona Metro system. This was one of the demands of GSMA in order to continue hosting MWC in Barcelona until 2023.

The city also is creating dedicated fast lanes for the GSMA to shuttle delegates back and forth to the congress from high-end hotels in the city center and Olympic Port area.

The organization is increasing pre-registration security measures and is expected to have tighter checks at the event. The recent terrorists attacks in Paris and Istanbul, together with the high profile of many delegates, has put the GSMA and law enforcement on alert.

While a valid ID, together with the MWC badge, has been required to enter the Fira facilities for many years, for the first time in the four years I have attended, I had to give my passport number and other ID details -- similar to checking in for an international flight -- to validate my press credentials for the event.

Because of the number of people attending the MWC, there are several side events that try to steal a bit of the attention of the show. One is held by 4YFN (4 Years From Now), which hosts several conferences about future technologies. There also many parties, hosted by companies and privately, that delegates can attend. Being the MWC, there are several apps available to help attendees find where the parties are being held.

Will The King Show Up?

The King of Spain is expected to attend the official opening ceremonies of the Mobile World Congress as part of the contract between the GSMA, the Barcelona City Council, and Spain's Ministry of Industry. 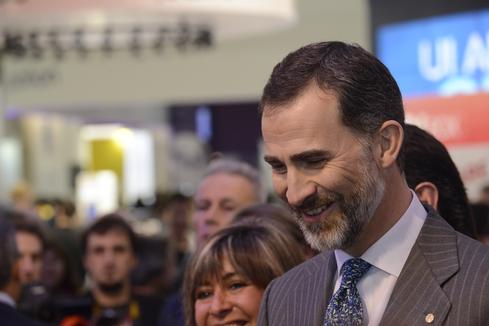 Spain's King Felipe VI at Mobile World Congress 2015. Will he appear this year?

However, tensions between King Felipe VI and the Catalonia region of Spain, in which Barcelona is located, have been heightened recently. The king refused to meet the president (speaker) of the Catalonian parliament, and "forgot" to thank Artur Mas, the former president of Catalonia, for "services rendered" when he signed the decree releasing him from office.

If the king does attend MWC this year, it will probably be the first time he will meet Carles Puigdemont, the new president of Catalonia, who will also attend the official opening of the show. Puigdemont, a fierce advocate for Catalonian independence from Spain, recently lamented that neither the monarch nor Mariano Rajoy, acting Prime Minister of Spain, had congratulated him since he took office on January 12. Likewise, Puigdemont was sworn into office without declaring loyalty to the king.

The new Catalan government is set to draft a Constitution for a new Republic in 18 months and call a referendum to approve the text, in order to declare independence from Spain.

It's within this context that the Mobile World Congress 2016 is expected to break all past attendance records. Confirmed speakers include the CEOs of Cisco, AT&T, ARM, PayPal, BT, and Vodafone.

Pablo Valerio has been in the IT industry for 25+ years, mostly working for American companies in Europe. Over the years he has developed channels, established operations, and served as European general manager for several companies. While primarily based in Spain, he has ... View Full Bio
We welcome your comments on this topic on our social media channels, or [contact us directly] with questions about the site.
Comment  |
Email This  |
Print  |
RSS
More Insights
Webcasts
Bolstering Your Enterprise Cyber Risk Assessment
4 Practical Tips for Building a Data Lake
More Webcasts
White Papers
The State of Malware Threats
AWS Lambda Security Best Practices
More White Papers
Reports
Gartner's Top 9 Security Trends in 2020
Intelligent Outcomes Are Key to Business Resilience
More Reports