Microsoft on Tuesday revealed the Nokia X2, a smartphone that can officially be termed Microsoft's "first" Android device. The X2 is not a flagship to compete with high-end devices. Instead, the X2 is an entry-level smartphone with a low price point to appeal to emerging markets.

Nokia announced the X, X+, and XL Android smartphones in February. At the time, Nokia had yet to be acquired by Microsoft. Microsoft officially closed its Nokia deal in April, when it took ownership of the company's handset division. Nokia's X Class devices all have Android under the hood, but the user interface borrows heavily from Windows Phone's tile-based experience and relies on Microsoft's services. The same is true of the new X2. 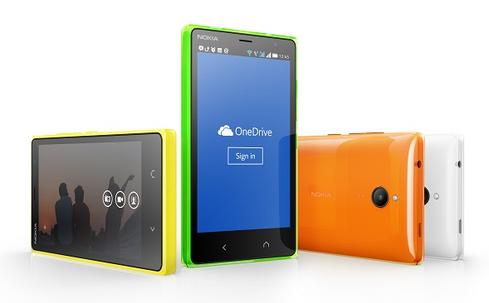 The X2 runs what Microsoft is calling the Nokia X software platform 2.0. The user interface makes several advancements, most of which are found on the treatment of the home screens. Microsoft says the updated platform includes three types of home screens for navigating among apps, services, and content, including one that resembles Windows Phone's Live Tiles, one that prioritizes recent apps, and a third that allows users to pin content to the home screen. The platform also makes improvements to the notification tray and the multitasking behaviors.

The X2 doesn't use any Google services and instead uses Microsoft's. That means no Gmail and no Google Drive. In their place you'll find Outlook.com, OneDrive, Skype, OneNote, and the Bing Search app. The X2 ships with Opera's mobile browser rather than the Android browser.

Nokia told InformationWeek in February that about 75% of all existing Android applications will run unmodified on Nokia X handsets. The remaining 25% of Android apps will need "less than a day's work" to be modified for the X platform. That's good news for people who buy Nokia's X handsets, because it means they'll have access to hundreds of thousands of applications. Nokia didn't say how consumers will tell them apart.

Anyone seeking a killer hardware experience will be disappointed with the X2's specs. It is anything but a flagship. The phone has a 4.3-inch display with 800 x 480 pixels, Nokia's ClearBlack technology, and Gorilla Glass. The device is powered by a dual-core Qualcomm Snapdragon 200 processor with 1 GB of RAM and just 4 GB of internal storage. The Snapdragon 200 is Qualcomm's entry-level processor. The X2 does support microSD memory cards.

The phone has a 5-megapixel main camera with a flash and 720p HD video capture. The user-facing camera rates just 0.3 megapixels. The X2 relies on 2G and 3G cellular data, but not LTE 4G. Other radios include WiFi, Bluetooth, and GPS/GLONASS. Tons of sensors are onboard, such as light, movement, and proximity.

The low-end specs help drive down the price to just $135 without a contract. The Nokia X2 will be sold by Microsoft in developing regions, such as India, Indonesia, and Africa, starting in July. The company is offering a dual-SIM version of the phone first. There's no word if it will eventually reach the US -- Microsoft has made no mention of bringing any of the Nokia X-branded handsets to North America. Microsoft would likely prefer that North Americans stick to its Lumia-branded Windows Phones.

InformationWeek's new Must Reads is a compendium of our best recent coverage of the Internet of Things. Find out the ways in which an aging workforce will drive progress on the Internet of Things, why the IoT isn't as scary as some folks seem to think, how connected machines will change the supply chain, and more. (Free registration required.)

Eric is a freelance writer for InformationWeek specializing in mobile technologies. View Full Bio
We welcome your comments on this topic on our social media channels, or [contact us directly] with questions about the site.
Comment  |
Email This  |
Print  |
RSS
More Insights
Webcasts
Cybersecurity's Next Wave - What Every Enterprise Should Know
Strategies for Success with Digital Transformation
More Webcasts
White Papers
A Technical Deep Dive on Software Exploits
The Network for Whatever's Next; A CxO Guide
More White Papers
Reports
IDC FutureScape: Worldwide Digital Transformation Predictions
Special Report: Understanding Your Cyber Attackers
More Reports

Interesting turn of events for Microsoft. Maybe this might be better termed "Android-esque," "Nearly Android," something like "Hybridroid."

It should provide a good crossover experience though between traditional Android users and Microsoft's Windows environment. If users get hooked on the Microsoft online service and live tiles, perhaps they'll make the jump to Microsoft hardware the next time around.
Reply  |  Post Message  |  Messages List  |  Start a Board
Editors' Choice
Hot Topics