Despite a small drop in activations, Apple's iPhone owns the enterprise device space by a healthy margin. Despite small gains, Android is still far behind.

Microsoft and Google were unable to gain significant mobile enterprise marketshare from Apple during the first three months of the year. Google's Android platform stole just one percentage point from Apple's iOS as businesses continue to favor the iPhone for employee devices.

The BYOD movement has been a boon for Apple, according to Good Technology's Mobility Index Report. Good found Apple's iPhone accounted for 72% of all enterprise smartphone activations during the first quarter. That's down just one percentage point over the year-ago period. Google's Android platform moved up from 25% of all enterprise smartphone activations to 26%. Microsoft's Windows Phone platform remained steady at just 1%.

Good's report doesn't track BlackBerry activations, but they are sure to be low.

Employees who supply their own iPhone are also likely to use a personal tablet for work purposes, according to Good. The Apple iPad accounted for 81% of all enterprise tablet activations during the first quarter, but that's down significantly from 92% during the year-ago period. Android grew to 15% of the enterprise tablet base. Microsoft grew to 4%. 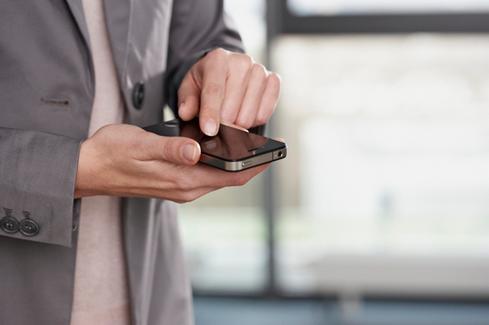 Apple's early lead in the tablet space is showing signs of weakness as stronger options arrive from competitors.

[Read about mobility and the Internet of Things.]

Good's report provides some curious insight about mobile platform adoption across various industries. Heavily-regulated industries favor iOS by a wide margin. Five out of six devices used in education are iPhones, as are four out of five devices in the public sector, and three out of four devices in the financial services.

Windows-based tablets made some headway in retail, reaching 5% of device activations for the quarter. Windows Phone made gains in the entertainment and media industries, where it climbed to 7%. Microsoft's gains during the first quarter are laudable, considering the company's protracted Windows 10 pitch. Microsoft is prepared to release Windows 10 over the summer, but has offered the operating system in preview form since last fall. Windows 10 will work equally well on PCs, tablets, and smartphones, claims Microsoft.

Good says more than 1,600 apps have been built on its Good Dynamics Secure Mobility Platform, which is how it gathered its data. It says businesses are rolling out custom mobile apps at an aggressive pace. The total number of app activations grew 160% year-over-year.

The fourth quarter of 2015 will be interesting to watch unfold. By then, Windows 10 devices will be widely available. They could have a significant impact on enterprise device purchasing.

Eric is a freelance writer for InformationWeek specializing in mobile technologies. View Full Bio
We welcome your comments on this topic on our social media channels, or [contact us directly] with questions about the site.
Comment  |
Email This  |
Print  |
RSS
More Insights
Webcasts
Zero Trust for a Work-From Home World
Cybersecurity's Next Wave: What You Should Know
More Webcasts
White Papers
Why Add Security to Your Skill Set and How to Do It
Stop Malicious Bots For Good: How Better Bot Management Maximizes Your ROI
More White Papers
Reports
Improving Security by Moving Beyond VPN
Assessing Cybersecurity Risk in Todays Enterprises
More Reports

my eyes can't deal with small print anymore .  I sometimes see people trying to read an article on a iphone5 and with a cracked screen on the subway.  This is bad for your eyes in the long term.  That is way if I need to read an article i prefer to use a tablet, specially a 10 inch one, they are very comfortable to read articles on.
Reply  |  Post Message  |  Messages List  |  Start a Board

Ariella, yes, being able to enlarge the print at will depending on how tired your eyes are, for instance, it's great. The small print in books may wrongly make parents think that their children have sight problems, and we know the business behind this. Editorials should be more thoughtful; not everything should be about saving money. -Susan
Reply  |  Post Message  |  Messages List  |  Start a Board

@Susan yes, it saves money on paper. That's why a lot of paperbacks have rather small print. I think one fo the advantages people cite for e-readers is the ability to enlarge the print on the screen without having to order special large print editions.
Reply  |  Post Message  |  Messages List  |  Start a Board

"The fourth quarter of 2015 will be interesting to watch unfold. By then, Windows 10 devices will be widely available. They could have a significant impact on enterprise device purchasing." Eric, What makes you think that? I don't see there will be too many people in the enterprise choosing a Windows 10 device over an iOS one. -Susan
Reply  |  Post Message  |  Messages List  |  Start a Board

Jagibbons, comfortable with small screens? For what talks you find a small screen is good? -Susan
Reply  |  Post Message  |  Messages List  |  Start a Board

Ariella, I, too, compain of small print in books. It has become annoying to see how for trying to compact text for saving reasons reading some books is not enjoyable anymore. -Susan
Reply  |  Post Message  |  Messages List  |  Start a Board

Speaking of that, there actually are studies of people reading on mobile phones, particularly in developing countries. See http://blogs.worldbank.org/edutech/reading-mobile-phones

There is a follow up publication entiteld "Reading Without Books" still in the works.

@jagibbons who knows? Maybe our vision will adapt, and we'll grow accustomed to reading really small print on phone screens. It just doesn't fit with what I've seen of my kids who complain of small print in books.
Reply  |  Post Message  |  Messages List  |  Start a Board

The longer I've had my Galaxy Note 4 "phablet," the more comfortable I am with a smaller screen for more and more tasks. Never thought that would happen, but it opens up the possibility of a larger-screen phone as a primary computing device.
Reply  |  Post Message  |  Messages List  |  Start a Board

@jagibbons actually I've been thinking that what we really need is a foldable device that can open to a screen with a nice viewing area but still allow one to easily carry the thing around. If you connect to a standard monitor, that is useful, but it does sort of cut down on the mobility part -- at least when using that screen.
Reply  |  Post Message  |  Messages List  |  Start a Board
Page 1 / 2   >   >>
Editors' Choice
Hot Topics

CRM Trends 2021: How the Pandemic Altered Customer Behavior Forever Jessica Davis, Senior Editor, Enterprise Apps,  2/18/2021
White Papers
Why Add Security to Your Skill Set and How to Do It
How Secure Are Your Endpoints?
The Infoblox Q4 2020 Cyberthreat Intelligence Report
Intelligent Outcomes Are Key to Business Resilience
Balancing Hybrid Storage as Part of a Hybrid Cloud Data Management Strategy