0%
Tweet
Sales of Apple's new iPhones take a bite out of Android in most global markets.

Apple has lost smartphone marketshare to Google's Android platform for years, but it appears the new iPhones have reversed that slide to some degree. Recent data shows the iPhone made gains against Android in most markets, putting Apple on course for a record holiday quarter. Google isn't in any danger of losing its dominant market position, though Apple is surely enjoying the resurgence of its main money-maker.

Residents across the UK have been snapping up the new iPhones at a furious pace, according to Kantar Worldpanel ComTech. iPhone sales shot up 10.4 percentage points between Aug. 1 and Oct. 31. The iPhone 6 and 6 Plus went on sale Sept. 19, or about halfway through the three-month period measured by Kantar. The iPhone represented 39.5% of all UK smartphone sales -- its highest level ever.

In the UK, 34% of iPhone sales came from 16 to 24 year olds, and 64% came from males. iPhone buyers told Kantar they like the iPhone 6 because it supports 4G (51%), it has a good screen (49%), and because the design is appealing (45%). The smaller iPhone 6 outsold the larger iPhone 6 Plus by a ratio of 4:1, according to Kantar. Apple has loyal fans in the UK, where 86% of iPhone 6 buyers were upgrading from an older model. Only about 5% switched from a Samsung handset.

In the US, Apple sold only 0.7% more iPhones in the three months ending in October compared to the year-ago period. Together, AT&T and Verizon accounted for 83.6% of iPhone sales, leaving just 16.4% for Sprint and T-Mobile combined. Kantar says AT&T was responsible for 63% of all iPhone 6 Plus sales. Who's buying the larger iPhone? Older males. The iPhone 6 outsold the 6 Plus by a ratio of 3:1. Across the four major carriers, iPhones accounted for four of the five best-selling individual phones.

Apple made more modest gains in China, where the iPhone accounted for just 15.7% of smartphone sales in the three-month period ending Oct. 31. Though the iPhone was available for only two weeks of that period, it was the third-best selling individual handset in China. Kantar notes that phone maker Xiaomi is the dominant brand in China. 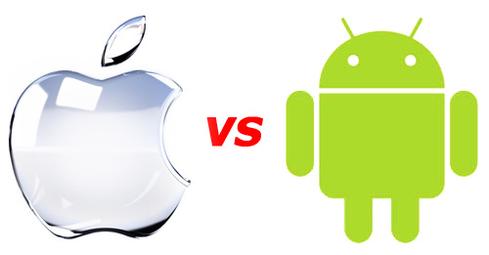 Apple performed poorly year-over-year in Japan. In October 2013, the iPhone held 61.1% of the market and Android held only 36.2%. The iPhone's share dropped significantly, to 48% by October of this year. Android, with 48.1%, barely pushed it out of the top spot.

Earlier this week, IDC released its predictions for the smartphone market, and its report corroborates the trends witnessed by Kantar. Android's overall share around the world will drop from 85% to 80%, says IDC, and iOS's share will increase slightly to 13%. Despite its low overall share, Apple will maintain control over 34% of all mobile revenues thanks to its higher average selling prices.

>Who's buying the larger iPhone? Older males. The iPhone 6 outsold the 6 Plus by a ratio of 3:1.