Apple's latest iPad is an impressive device, but it can't be everything to every user.

Early reviews of the Apple iPad Air 2 all sing a similar tune: It's thin and light, the screen is better, the cameras are great, and it delivers incredible performance. None of these superlatives are surprising.

At least two reviews, however, dinged the iPad heavily for what I've long considered to be its one major flaw: multitasking. Competing tablets have the iPad beat in this critical element, especially where the mobile professional is concerned.

Apple will claim that the iPad does multitask -- but Apple's definition of multitasking is probably different from yours and mine. iOS devices can jump from app to app quickly; a double-tap of the home button brings up a list of recently used apps, which are still open in a suspended state. Touch the app you want to use and away you go. It works, but is somewhat clunky. For most users, that qualifies as fast app switching, not true multitasking.

Ask Microsoft or Google to define multitasking and you'll get a slightly different answer. Both Windows Phone and Android offer similar fast-app-switching capabilities, but tablet versions of both operating systems go a step further and allow apps to run side-by-side at the same time.

[The new iPad's ability to let owners choose their own data plan isn't such a big deal. Here's why: Apple SIM: Not Quite A Revolution.]

"While iPad apps in general are superior to the stretched phone apps you too often see on Android tablets, I wish I could see more apps on the screen at the same time, the way I can with a Surface or Galaxy Tab," wrote The Wall Street Journal's Joanna Stern. "I constantly yearned for that functionality while responding to emails about potential meeting times, tapping the home button frenetically to switch to the calendar." Stern extolled plenty of the iPad Air 2's virtues, but found fault in its inability to exist as a real laptop replacement.

Nilay Patel, of The Verge, covers the same points in his review of the iPad Air 2, but he also touches on the tablet's other big problem: sharing. "My wife loves to borrow my iPad when she goes to the gym," said Patel, "but there’s no multiple-user support as with Android tablets or Amazon’s Kindle Fire line, so she can’t use it to check her email instead of mine. There’s no guest mode, so when I spent the weekend with friends passing the Air 2 around to pick songs from Spotify, I had to choose between telling everyone my passcode or just turning the lock off entirely." 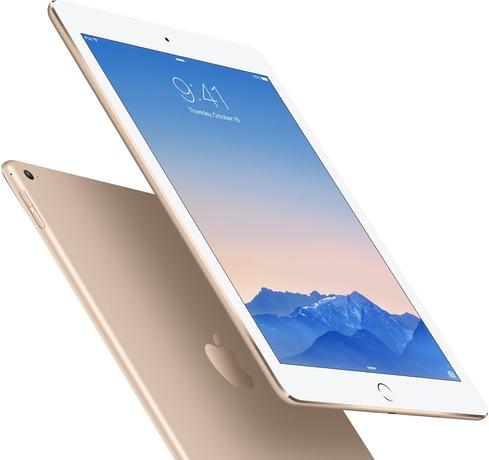 Microsoft and Samsung have been quick to point out these failings in their marketing materials and advertising. Microsoft constantly talks up the importance of the Surface's keyboard accessory, while Samsung mocks the iPad's lack of multitasking and multi-user support.

Some observers don't see the iPad's failings in the same light. Creative Strategies' Ben Bajarin said, "Unfortunately, those doing iPad reviews are not the target market for iPads. Those with a PC bias misunderstand the significance."

My colleague, InformationWeek's Michael Endler, agrees with Bajarin, to a degree. "For a traditional knowledge worker, the Surface Pro 3 certainly offers a more familiar type of productivity, with desktop apps and a keyboard," he wrote. "But for users who are less beholden to tried-and-true workflows, iPads offer plenty of power to get things done in new ways."

Research shows that the Safari browser is the most-used app on most iPads. That means owners use them for browsing the Web, an activity that doesn't necessarily require a keyboard or the ability to run other apps at the same time. Despite the iPad's ability to create content, they are still generally used to consume it instead.

iPads are still more useful than laptops in some work settings. For example, more restaurants are using them to manage and track orders, and hotels are using them to power self-checkout terminals and serve as virtual concierges. Field workers lug them about for data entry purposes. Sales professionals rely on them for presentations. The iPad is perfectly suited to these and countless other tasks done by workers in many professions.

What an iPad is -- and what it can do -- depends on your perspective. It can't be all things to all users, but it certainly covers a lot of ground for many of us. Perhaps the iPad's biggest weakness isn't multitasking and multi-user support, but that its definition is so broad.

Eric is a freelance writer for InformationWeek specializing in mobile technologies. View Full Bio
We welcome your comments on this topic on our social media channels, or [contact us directly] with questions about the site.
Comment  |
Email This  |
Print  |
RSS
More Insights
Webcasts
Protecting Your Enterprise's Intellectual Property
ROI and Beyond for the Cloud
More Webcasts
White Papers
How to Prioritize Risk Across the Cyberattack Surface
Cloud Connectivity -- Your Guide to the Network
More White Papers
Reports
How Data Breaches Affect the Enterprise (2020)
Special Report: Edge Computing: An IT Platform for the New Enterprise
More Reports

10 IT Trends to Watch for in 2021 Cynthia Harvey, Freelance Journalist, InformationWeek,  12/22/2020
White Papers
How to Prioritize Risk Across the Cyberattack Surface
From MFA to Zero Trust
The Insider's Guide to IP Geolocation Data During COVID-19
Managing OTT Content Distribution in the Connected World
ROI Study: Economic Validation Report of the Anomali Threat Intelligence Platform