If you thought handling BYOD was hard, wait until you see what managing mobile devices for the Internet of Things entails.

Most of us first think of mobile and its relationship to the Internet of Things (IoT) in terms of the many consumer services being launched – from HVAC control systems to wearables -- with the smartphone front-and-center as the user interface for these other "smart" devices.

That's only a small part of how mobile plays into, and with, IoT. Mobile actually made IoT possible, and the advent of big data tools made it desirable. After all, the Internet of Things is not really about things, but about data. IT will soon have to determine how to manage mobile in its new IoT roles. Here's what you need to know first.

"The invention of the BlackBerry and iPhone created a huge market for sensors in those devices," said Frank Gillett, industry analyst at Forrester, in an interview with InformationWeek. "This resulted in much better and less expensive sensors which, in turn, fueled IoT."

As cellular carriers continue to cap data usage in their plans, and thus encourage the use of WiFi where and when available, they are also struggling to prepare to connect more devices and transmit more data than ever before.

"Mobile is a massive foundation element of IoT no matter how you look at," said Brian Partridge, vice president of Mobility Research at 451 Research, in an interview. "Mobile cellular and short-range mobile network technologies such as WiFi, BlueTooth, and IPv6 over Low-power Wireless Personal Area Networks (6LoPAN) will represent the majority of IoT connections -- for instance, on the roads.

A World Of Mobile Everything 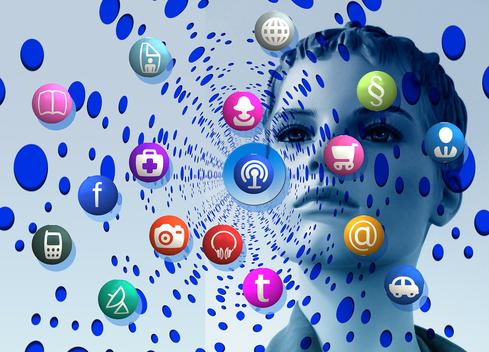 "Quite simply, the Internet of Things would not exist without mobile," said Alex Brisbourne, CEO of KORE, which provides wireless connectivity (cellular and satellite) for IoT devices, in an interview. "In fact, I consider terming it an 'Internet' as a bit of misnomer, because it largely consists of wireless-connected, non-phone mobile devices interacting in a client-server, or hub-and-spoke model. The Internet analogy does not, and should not, apply for most real-world applications coming online today."

According to Brisbourne, "The level of interconnectivity among devices that's needed for these applications is actually pretty low, as they tend to use dedicated point-to-point communication, and point-to-point service delivery. For example, an irrigation system that responds to physical weather conditions and decides, singularly, when to switch on a sprinkler system. The IoT requires a much simpler mobile architecture [than mobile phones] as the environment is quite closed, generally capable of flowing a particular type of data in one direction. It is not an extension of the Web into the life of devices."

In any case, it is clear that IT must change its view of mobile in light of its formative and essential role in IoT and all that entails.

"For organizations that think BYOD was hard; IoT will be tidal wave," said Mark Mueller-Eberstein, author of several tech books and founder and CEO of Adgetec Corporation. "People will bring their connected devices into the workspace, making security, connectivity manageability and overload, and IT manageability a nightmare if not planned and understood correctly."

Mobile, IoT, And IT

It is important to reevaluate your cellular and WiFi networks to accommodate more devices, most of which will be simply tasked sensors. You'll need to prepare for more network traffic, not to mention the need for increased security and protection tactics. Before we get there, though, there are three crucial ways mobile plugs into IoT for which IT must prepare:

Undoubtedly more than these three will evolve but these are the first set of challenges.

Fortunately, much of IT's experience with mobile will come in handy for successfully managing these issues in the IoT.

"The back-end systems for IoT will 'look' like traditional mobile back-end systems with much greater level of scale and support for device diversity," says 451 Research's Partridge. "Also important are cloud and big data, as they provide the tools and economics to handle the volume of data implied by IoT."

Much of app development and app management will also be similar, at least in part.

[ Where else will IoT lead us? Read Chris Anderson: Weaponized Lego, Drones and IoT. ]

"IoT devices share more similarity to BYOD than to MDM, although device management will still be an issue," says Forrester's Gillette. "The same phenomena emerge yet in a different way. For example there are only two-plus-a-wannabe operating systems in mobile, whereas IoT will bring an enormous variety to manage."

"Each set of connected products has a different IoT platform attached to it so it will never get as simple as managing traditional mobile devices, however the complexity will decrease some over time," he added.

Begin by using your mobile policies and infrastructure as a guide in planning for the inclusion of IoT in the business. Just be sure to do so with the understanding that there will also be other forms of connectivity in the mix. Mobile is not the be-all and end-all in the IoT work.

"Mobile communications do form one of the key foundational technologies in the world of IoT, but mobile communications will represent only one of a number of potential connectivity options available to people who are building out IoT infrastructure," said Gary Barnett, chief analyst, software, with Ovum, in an interview. "The connectivity technology they choose will be driven by a number of factors like the availability of WiFi and cellular signal, long-range radio for rural environments, and even satellite communications for very remote deployments."

Your work with mobile in IoT is just the beginning of a long journey, but given that mobile anchors IoT, it's the smart place to start the venture. Where are you on your own IoT journey in IT? Are your company's mobile strategies up to the looming task? Tell us about it in the comments section below.

A prolific writer and analyst, Pam Baker's published work appears in many leading publications. She's also the author of several books, the most recent of which is "Data Divination: Big Data Strategies." Baker is also a popular speaker at technology conferences and a member ... View Full Bio
We welcome your comments on this topic on our social media channels, or [contact us directly] with questions about the site.
Comment  |
Email This  |
Print  |
RSS
More Insights
Webcasts
The Failures of Static DLP and How to Protect Against Tomorrow's Email Breaches
ROI and Beyond for the Cloud
More Webcasts
White Papers
Centralized Security Policy Management Across Hybrid Cloud Environments Should be an Obvious Strategy
The Trouble with Phishing
More White Papers
Reports
2021 Top Enterprise IT Trends
2020 State of DevOps Report
More Reports

IoT represents some interesting challenges for organizations primarily because of the sheer number of new connected things many of which will be mobile.  Fortunately, according to the CSC CIO Survey, most IT leaders feel they are at least on the right path when it comes to integrating mobile tools into the enterprise. Specifically, IT leaders are generally confident in their progress in this arena to date, with 53% describing it as very good-to-excellent. Peter Fretty, IDG blogger working on behalf of CSC
Reply  |  Post Message  |  Messages List  |  Start a Board

@asksqn: Yes. I too am skeptical about the workings of IOT. One small leak along the data path and hackers will attack there and yes millions of personal documents would be at stake.
Reply  |  Post Message  |  Messages List  |  Start a Board

I agree wholeheartedly. I would too! Anyway keeping too much personal data on moble device is inviting trouble but having it connected to the Internet is inviting trouble!
Reply  |  Post Message  |  Messages List  |  Start a Board

Personally, any item that I may purchase I'll be sure to disconnect it from default internet access lest it start transmitting my personal data back to the mothership and other unknown entities.
Reply  |  Post Message  |  Messages List  |  Start a Board
Editors' Choice
Hot Topics