iOS 8: What You Need To Know - InformationWeek

Apple will release iOS 8 to the general public on Wednesday at about 1:00 p.m. Eastern time. The improved operating system is compatible with a wide range of existing Apple products and adds an incredible array of new features to the platform. Once you've completed the update, however, not all the new features will work. So before you rush to upgrade, take these steps to protect yourself first.

Back up your iPhone or iPad before you do anything. Don't use iCloud. Plug it into your computer and save a backup to iTunes. This is essential and can resolve problems if the upgrade goes badly. Go one step further and make sure you've offloaded all your photos, videos, songs, movies, and any other files you want to be sure are safe. Don't take any chances.

The iOS 8 operating system requires about 1.4 GB of empty storage to install properly. Clearing out old photos and videos can help free up the necessary space.

iOS8 will be available for download over the air (via WiFi) or through iTunes. In both instances, be sure to have a cord ready so you can plug your device in during the install process. iOS 8 is compatible with the iPhone 4S, 5, 5c, and 5s; the iPad 2, iPad with Retina Display (also called iPad 3 and iPad 4), iPad Air, iPad Mini, iPad Mini with Retina Display; and the fifth-generation iPod Touch. (If you're still using an iPhone 4 or the original iPad, I'm afraid it's long past time for you to upgrade your hardware.)

Apple will push the operating system to its servers at 1:00 p.m. Eastern time, but it might be a while before you're able to complete the update. Millions of eager iPhone and iPad owners will begin pinging the servers immediately. This can (and usually does) overwhelm Apple's systems. If you can't get through at first, try again in an hour or two. Be sure you have at least 30 to 60 minutes available for the OS to install fully. If your iPhone is your primary phone, be warned that it won't function during the install process.

There are two ways to install iOS 8: You can choose to "update" from iOS 7 and change only the necessary bits, or you can choose to "restore" your iPhone with iOS 8. Restoring erases the iPhone or iPad completely and imprints a clean image of the operating system. This gives you the best possible chance of a successful and bug-free install, but it requires that you re-load all your settings, apps, and content afterward. 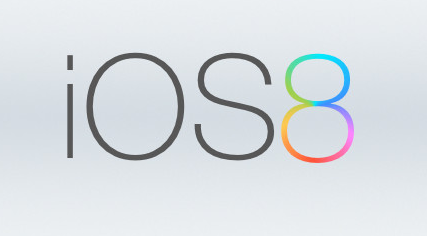 After iOS 8 is safely installed on your device, you'll be able to enjoy some, but not all, of the operating system's benefits. Here's what will work:

The iOS 8 keyboard is dramatically improved over the iOS 7 keyboard. It adds a helpful new word prediction engine and includes an incredible array of new emoji. Perhaps best of all, iOS 8 supports third-party keyboards, such as Swype and SwiftKey (both of which will offer their keyboards to the iPhone and iPad later today). These apps bring swipe-typing to iOS for the first time.

The Photos app has been updated and offers new ways to organize and edit/share photos and videos. One of the most helpful features is that it lets you view only the videos you've shot, which are stored in an album all by themselves.

Spotlight and Multitasking have refined user interfaces and more features for controlling and interacting with your apps and content. The App Store and iTunes Store have also been tweaked in appearance. iOS 8 also adds in new privacy controls, iCloud Keychain, and hundreds of other little changes.

What won't work? Well, Continuity relies on having a Mac running Yosemite. Yosemite is available in beta right now, but it won't be released to the general public until October. Continuity will let iOS devices and Mac devices interact in some ways seamlessly, such as allowing users to start composing an email on one device and finish it on another.

Apple Pay, Apple's forthcoming mobile payment service, won't be available to most people either; the feature is limited to the iPhone 6 and 6 Plus and is scheduled to launch in October.

These tips should get you through the first few hours with iOS 8 on your iPhone and iPad. Good luck and happy updating!

Eric is a freelance writer for InformationWeek specializing in mobile technologies. View Full Bio
We welcome your comments on this topic on our social media channels, or [contact us directly] with questions about the site.
Comment  |
Email This  |
Print  |
RSS
More Insights
Webcasts
Securing and Monitoring Networks in the 'New Normal'
The Failures of Static DLP and How to Protect Against Tomorrow's Email Breaches
More Webcasts
White Papers
A Technical Deep Dive on Software Exploits
IDC Workbook: Best Practices for Cloud Security
More White Papers
Reports
How IT Security Organizations are Attacking the Cybersecurity Problem
2020 State of Cybersecurity Operations and Incident Response
More Reports

The first device I update was my iPad Air and it failed, even though it was connected to iTunes, and I was forced to do a restore!! Luckily I performed a back up first and it was no problem.. However, no backup would have been a huge problem!! I then updated my 4s and my wife's 5s & iPad Mini with no problems.. I would recommend using iTunes for the update becasue it was much faster than doing it over WIFI..
Reply  |  Post Message  |  Messages List  |  Start a Board

Is it possible the higher space requirement is due to updating directly rather than through iTunes?
Reply  |  Post Message  |  Messages List  |  Start a Board

>The iOS 8 operating system requires about 1.4 GB of empty storage

More like 4.6 GB and some people report as much as 6.9 GB of storage is required.
Reply  |  Post Message  |  Messages List  |  Start a Board
Editors' Choice
Hot Topics