Apple's latest operating system hit 6% adoption less than a day after its release.

Once again Apple proves its operating system update model is superior to its competitors'. iOS 7.1 was released at 1:00 p.m. EDT on March 10. Within 18 hours of its release, 6% of all iOS device owners in North America had updated their software to the newest version. The uptake of iOS updates typically trounces that of Android, and that is certainly the case with iOS 7.1.

Chitika Insights culled web traffic across its ad network in North America between March 9 and March 11. During that time, it grabbed tens of millions of ad impressions from both US and Canadian iOS users. Its figures show that 1 in 17 iPhone, iPad, and iPod Touch owners updated to the newest operating system almost immediately. Chitika says the uptake of iOS mirrors that of other minor updates, such as iOS 7.0.6, which was released only a few weeks ago. Where iOS 7.0.6 fixed an important security problem, iOS 7.1 actually adds features and improves performance. 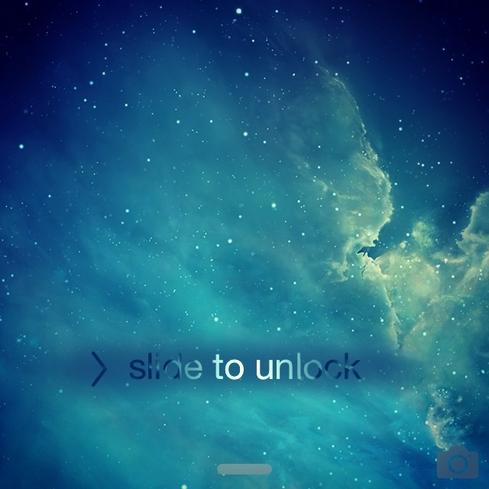 Across the board, iOS 7 in general has been adopted by 81% of users in North America since its release in September. Chitika believes this reflects the peak of iOS 7 adoption among iPhone and iPad owners. iOS 7 is the most successful system update from Apple compared to earlier versions. This puts a lot of pressure on Apple to deliver a hit with iOS 8 later this year.

[Are you ready to take CarPlay for a spin? Read Apple CarPlay: Siri At The Wheel.]

Adoption rates for new versions of Android are much lower. For example, five months after the release of Android 4.4 KitKat, the most modern version of Google's smartphone and tablet operating system, it has been installed on just 2.5% of Android devices. Android 4.3 Jelly Bean, which was released last July, is up to 9.6% adoption.

Why is it so much harder for Android devices to get the latest software? In a word, carriers. Apple updates iOS independently from the wireless network operators. Aside from Nexus devices, all system-level updates for Android devices must be approved by the carrier that sells the phone, and earning carrier approval for major system updates can take months. Android fans who want to ensure that they can always access the latest version of Google's operating system should stick with Nexus and Google Play Edition hardware, which are first to be updated.

UPDATE: Chitika polled its ad network for a second time this week and determined that iOS 7.1 now comprises 12% of all iOS Web traffic across North America. That means one in eight iPhone/iPad owners updated to iOS 7.1 within 45 hours of its release, roughly doubling its share since it was released on Monday.

Is Amazon Web Services always the best choice for an infrastructure-as-a-service partner? Register for this InformationWeek editorial webinar and learn about the key differentiators that can mean success for your IaaS project -- or defeat. The How To Choose An IaaS Partner webinar happens March 14. Registration is free.

Eric is a freelance writer for InformationWeek specializing in mobile technologies. View Full Bio
We welcome your comments on this topic on our social media channels, or [contact us directly] with questions about the site.
Comment  |
Email This  |
Print  |
RSS
More Insights
Webcasts
Optimizing App Performance in the Cloud
Cybersecurity's Next Wave: What You Should Know
More Webcasts
White Papers
Why Add Security to Your Skill Set and How to Do It
Protection Strategies for a Cyber-Resilient Organization
More White Papers
Reports
Are Unprotected Cloud Databases Leaking Your Data?
DNS Network Traffic Volumes During the 2020 Pandemic
More Reports

A few thoughts; Not all apple devices can use the newest iOS Not all Android devices support kikat Apple did a good thing not allowing crap and bloatware on their Products The difficulty with Android are the manufacturers and carriers. Knowing all of this and not being particularly enamoured with iOs I bought a Nexus 5 and am very happy Just in case you are wondering I am 66 and have been in the technology game since '68 seen and survived a lot of changes . So forget the fan boy crap and check out the market, decide what works for you and go with it, thinking for yourself. Technology should be fun so go have some.
Reply  |  Post Message  |  Messages List  |  Start a Board

Mobile carriers not only do not add value to mobile phones, but it seems they diminish it by failing to certify Android updates in a timely manner. Why do we have mobile carriers again?
Reply  |  Post Message  |  Messages List  |  Start a Board

Not useless article at all. It shows how FRAGMENTED the Android OS Version landscape is, which is very tough on App Developers (like me). When I build an Android App, I can't really count on the "latest and greatest" OS features. I usually have to go several versions back for testing and API calls. But for my iPhone Apps, I have a VERY high confidence that the majority of iOS users will have the latest OS, or at worst one minor version back.

Like the article said (if you had read it more carefully) it is the fault of the CARRIERS not Google/Android. They have to "certify" the OS upgrades with their hardware/systems before releasing it themselves. Apple does not have that middleman - they can go straight to the users.

And to say Apple users are "continuously updat[ing] to remain happy/secure with their purchase" is absolutely ridiculous. Apple makes it fast, easy, and automatic to upgrade, and there have been no major headaches or bugs in doing so to date.

Why not compare Nexus to Apple. Nexus has 100% upgradeds. I don't have stock in Google. Does the writter in APPLE.
Reply  |  Post Message  |  Messages List  |  Start a Board

Another useless Apple vs Android article. So because more iPhones are updated with the latest OS than Android, this some how equates to a more successful product? Sorry, it tells me that Android users are more satisfied with their phones OS and iPhone users need to continuously update to remain happy/secure with their purchase. (See narcissistic)
Reply  |  Post Message  |  Messages List  |  Start a Board