Google began pushing Android 4.4.1 to the Nexus 4, 5, 7, and 10 last week. There was a small problem with the update, however, as it introduced several glitches. The 4.4.1 update was squelched, and Google replaced it with Android 4.4.2. Devices that had not yet received the 4.4.1 update will now leapfrog it and head straight to 4.4.2.

What does this minor system update offer? Plenty -- at least for one of the Nexus devices.

Most of the improvements are focused on the Nexus 5's camera. One of the Nexus 5's major faults is the camera software. The sensor itself is decent. With the stock Android 4.4 KitKat operating system, the camera was slow to focus, slow to capture photos, and often produced images that were washed out. Google said that it relied too heavily on the optical image stabilizer to keep things in focus and made shutter times too long (on average). The resulting photos were soft and not necessarily clear. 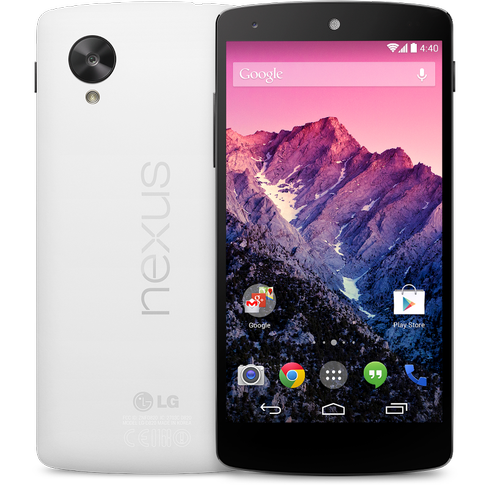 Reviews of the Nexus 5 were right to call out the camera for being so crummy. Google took the drubbing to heart. It spent the better part of a month working to alter the camera software so that it would perform well on the Nexus 5.

For starters, the camera application now launches about one second faster than before. This means Nexus 5 owners have a better chance of catching that important shot. Google's engineers improved the frame rate of the camera, which in turn improves the autofocus function. The camera now focuses much faster and shoots/saves images faster. Faster to launch and faster to shoot is great news for Nexus 5 owners.

Google also added a progress indicator to the HDR+ mode. The indicator lets Nexus 5 owners get a better idea of just how long their HDR shot is going to take. HDR, or high dynamic range, photography takes several exposures and merges them in order to balance out high-contrast shots. In other words, photos that have really bright and really dark areas will be more balanced. With HDR+ mode, Nexus 5 owners will see a progress bar so they know how long to hold the phone still while it captures the necessary shots.

Other tweaks to the camera boost colors and contrast, as well as make improvements to white balance. Photos are also less washed out than before and look more vibrant.

For devices other than the Nexus 5, Android 4.4.2 mainly fixes a few bugs. The software is being pushed out over the air gradually, but impatient types can download and install the update manually as long as they have a little command line know-how.

We welcome your comments on this topic on our social media channels, or [contact us directly] with questions about the site.
Comment  |
Email This  |
Print  |
RSS
More Insights
Webcasts
Unlocking the Ultimate Source of Truth in Cloud Security--Network Data
SecDevOps: Tying Security to Your Application Development Processes
More Webcasts
White Papers
DevOps for the Database
The Future of Multi-Cloud Networking 2020
More White Papers
Reports
The Future of Multi-Cloud Networking 2020
How IT Security Organizations are Attacking the Cybersecurity Problem
More Reports

unless ofcourse it was done on purpose so that users view it,
Reply  |  Post Message  |  Messages List  |  Start a Board