The race for dominance of the virtual reality market continues as Google plans to introduce a more sophisticated headset to market. Unlike Cardboard, this new VR headset won't rely on a smartphone, according to reports.

While Google Cardboard currently provides users with a low-cost virtual reality headset, the search giant is reportedly planning a new type of VR device that won't rely on a smartphone, PC, or game console.

The company will also be releasing a more sophisticated version of its Cardboard headset, which will include plastic elements, chips, and sensors, according to a Feb. 11 report in The Wall Street Journal, which quoted unnamed sources familiar with Google's plans.

"What's pretty clearly evolving here is a platform war," Macquarie Capital analyst Ben Schachter told the Journal. "Some of the smartest people at Google are moving into virtual reality."

Google introduced Cardboard about 18 months ago. It has shipped more than 5 million units and recorded 25 million app downloads from Google Play. 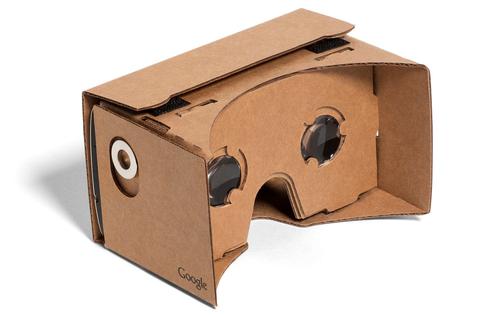 Users hold out smartphone and move it around in a circle. When a person then places that phone inside a Google Cardboard viewer, he or she can experience a VR photo.

"While you've been traveling the world and beyond with Cardboard, we've been on a journey, too," Clay Bavor, Google's vice president of virtual reality, wrote in a January blog post. "Keep your eyes peeled for more projects that bring creative, entertaining and educational experiences to mobile VR."

Google is working to grab an early share of the nascent VR market while its competitors like Facebook, Microsoft, and Apple look to make their own advancements.

Facebook bought Oculus VR for $2 billion last year because people at the company believe the technology represents the future of interaction, or at least the future of entertainment.

Apple continues to bolster its roster of VR and augmented reality (AR) specialists with the recent hiring of Doug Bowman, a former interactive computing researcher at the Center for Human-Computer Interaction at Virginia Tech.

The hiring of Bowman is another indicator that Apple is quietly pursuing research and development of AR and VR technologies, both of which could find use-cases in everything from home computer and mobile technologies to applications for its rumored self-driving car project.

Microsoft's HoloLens is an augmented reality headset designed by Microsoft and unveiled during the Windows 10 debut event in January 2015. The gear enables its wearer to see and interact with holograms overlaid on physical objects.

[Read more about Google's next version of Cardboard.]

The company has made some major strides with HoloLens since its January debut. The company recently announced a partnership with Volvo, through which it will use HoloLens to create a futuristic car-buying experience.

On the AR front, documents filed with the US Federal Communications Commission (FCC) have revealed new details about Google Glass 2, an updated augmented reality device, including the hardware's ability to fold.

Details of the filing were scarce, but the report notes the device supports 802.11a/b/g/n/ac WiFi in 2.4GHz and 5GHz, alongside Bluetooth LE connectivity. It is supposed to have rechargeable, non-removable batteries.