Google is expected to take in more than half of all mobile ad revenue this year, and its share of the market appears likely to continue growing as it becomes better at monetizing YouTube on mobile devices.

Android consolidated its position as the leading smartphone platform, by volume if not quality. According to IDC, Android handsets accounted for 81% of all smartphone shipments worldwide during the third quarter of the year.

Chrome OS found its footing as a platform for low-priced laptops. Google+ has over half a million users, even if it has fallen short in terms of sharing and engagement.

Google should have an even better 2014, as Larry Page's effort to put more wood behind fewer arrows continues to pay off.

But before we get to next year, let's look at how my predictions for Google 2013 fared.

1. Google Glass delayed after developers puzzle over its reason for being
True enough. Google in 2013 sent mixed messages about the consumer release of Glass. Early in the year, the company aimed for a late 2013 release, but in an April interview with the BBC, Google executive chairperson Eric Schmidt said Glass would arrive in 2014. The company's decision to issue new hardware to buyers of the Glass Explorer Edition suggests the need to refine the design further, before attempting a general commercial release.

3. Google fights taxes
True. The company has even started supporting conservative groups that oppose taxes, in contrast to its socially liberal public image.

4. Google expands voice technology lead
True enough. Though there are companies like Nuance that arguably have more sophisticated voice technology, Google has made voice recognition widely available. It's easy to conduct a voice search from Google.com and the company just launched a Chrome "hotwording" extension that allows users to set their browsers up to listen for the "ok google" prompt, and to process the words that follow as a search.

5. The Google+ jokes will stop
True enough. That doesn't mean Google+ is beloved or has been enthusiastically embraced -- Google's approach to Google+ seems to be "the beatings will continue until morale improves." Witness the unwelcomed imposition of Google+ on YouTube's comment system. But Google+ does win compliments on occasion and has found fans among the IT crowd. But it remains to be seen whether social networking overall will continue in its current form, now that Facebook is confronting waning enthusiasm among the young and mobile is changing the dynamics of social networking. 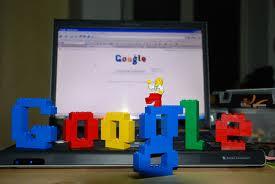 6. Android first
False. Android undoubtedly has eclipsed iOS in terms of global unit sales, but there's more to smartphone platforms than that.

9. The Google cloud platform picks up steam
True, though perhaps not as fast as needed to catch up with Amazon.

11. Google graduates to ISP
True enough. Google Fiber has expanded from Kansas City, Mo. to Provo, Utah, and is headed for Austin, Texas by mid-2014 -- and there's Project Loon.

As a Chromebook user, I find the idea of a Chrome phone attractive. But, what about the killer factor in a mobile platform: the app ecosystem?
Reply  |  Post Message  |  Messages List  |  Start a Board

This move would signifiacntly reduce the entry price for Google Glass, and that's a plus. But it wouldn't reduce the social awkwardness factor. I think they are going to have to battle the creepy perception for a while. PS: No prediction of a sequel for "The Internship"?
Reply  |  Post Message  |  Messages List  |  Start a Board

It's hard for me to see Google being a player in manufacturing robots. Google has a hard time giving enterprise IT enough of a product roadmap to plan use of Google Apps -- buyers of factory automation have much higher planning demands. I could see Google being more interested in logistics-related robotics, something more related to its self driving car and mapping technologies.
Reply  |  Post Message  |  Messages List  |  Start a Board

Google's cloud infrastructure business seems much like it's social network efforts. They're late to the game and trying to say "we're in this, too." But they're not going to come close to AWS or Facebook any more than either of those players (or Yahoo) would have hope of topping Google's search/ad/keyword business.
Reply  |  Post Message  |  Messages List  |  Start a Board

Google Glass as a clip-on accessory is much more desirable than Google Glass as it is today. Greater flexibility for users. It will be interesting to see what 2014 brings.
Reply  |  Post Message  |  Messages List  |  Start a Board
InformationWeek Is Getting an Upgrade!