Hot on the heels of adding the LG G Pad to the Google Play Store earlier this week, Google has stocked the store with more hardware treats for gift buyers.

First, a new smartphone joins the HTC One and Samsung Galaxy S4 Play Edition handsets. Google is now offering a Play Edition version of the Sony Xperia Z Ultra. The Z Ultra, which Sony announced in June, is one of the largest phablets available, with a full HD screen measuring 6.4 inches across the diagonal. Sony says the display has Triluminos technology to improve colors and Sony's mobile Bravia Engine and X-Reality technology for sharpness and clarity.

The Z Ultra is water resistant (up to 30 minutes at a depth of three meters) and has a slim design at just 6.5-mm thick. It is powered by a 2.2-GHz quad-core Qualcomm Snapdragon 800 processor and supports HD voice with Sony's ClearAudio+ mode and Xloud volume features. The Z Ultra supports a stylus, though it doesn't come with one, and has handwriting recognition software.

The Z Ultra features an 8-megapixel camera with Sony's Exmor RS sensor, which supports HDR photos and video, as well as a 2-megapixel user-facing camera for video chats. The phone has a 3,000-mAh battery, 16 GB of storage with support for 64-GB microSD cards, and connectivity options such as Wi-Fi, GPS, Bluetooth 4.0, NFC, and LTE (AT&T/T-Mobile).

The Z Ultra does lose a lot of the innovative Sony software, such as its Walkman app, Sony Unlimited content store, and Sony's Enhanced Auto camera mode and Smart Stamina power management. For these trade-offs, users get a stock version of Android 4.4. KitKat and more frequent OS-level updates from Google. The Play Edition Sony Xperia Z Ultra costs $649 and is sold unlocked and contract-free. 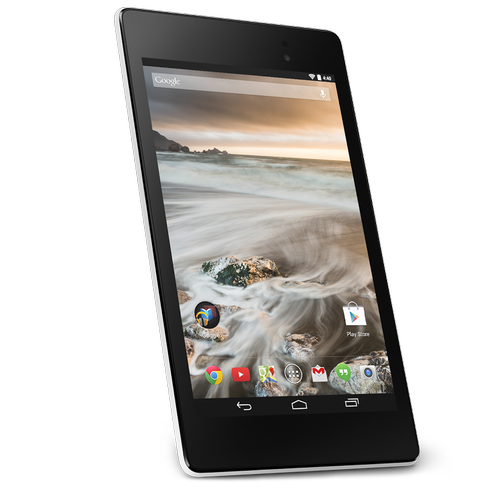 Google also added a white version of the Nexus 7 tablet. The white model comes in only one variant, with WiFi and 32 GB of storage. It is not being offered with LTE. Other than the color, it has all the same specs as the black model. It costs $269.

Last, Google recently added a wireless charging pad to the Play Store that is compatible with both the Nexus 5 smartphone and Nexus 7 tablet. The pad lets Nexus 5 and 7 owners charge a device by simply placing it on the pad, rather than plugging the phone in. The wireless charging pad cost $49.99.

Great read! I usually check for reviews of the best tablets on http://blaketablets.com/, they really helped me decide which to buy.
Reply  |  Post Message  |  Messages List  |  Start a Board
Editors' Choice
Hot Topics