The Web-to-TV media device has been updated as Google continues its push into the living room.

Google on Tuesday released an update to its Chromecast streaming media device that adds support for 10 new apps.

The over-the-air update will be distributed automatically to Chromecast devices connected to a wireless network. It provides the ability to stream music, news, sports, and other content from mobile and web apps like BeyondPod, PostTV, Red Bull.TV, Revision 3, Songza, VEVO, and Viki to a Chromecast-connected television. 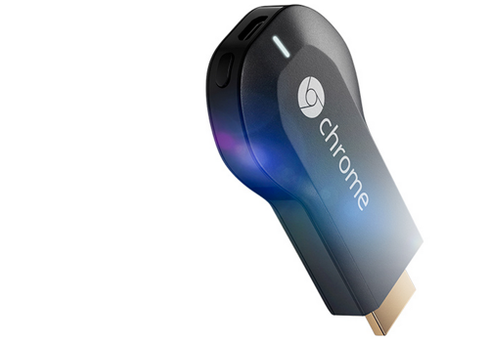 Introduced in July, Chromecast appears to be quite popular, presumably because of its affordable $35 price. It sold out in retail stores shortly after its launch. That month, citing "overwhelming demand," Google halted a promotional deal that provided three months of Netflix free with a Chromecast purchase.

Presently, the Web-to-TV device is the top seller in Amazon.com's electronics category. Google did not respond to a request to provide specific sales figures.

The second method is via Chrome browser tabs. Chromecast can display a Chrome tab window on a connected TV, much the way Apple's AirPlay technology can display an iOS or OS X screen on a TV. The Chromecast tab video quality is generally not as good as a Cast-enabled app because the tab approach relies on the transmitting device's processor to handle the video, without the help of plug-in technologies like QuickTime or Silverlight.

[Which version of Android are you running? Read Google Pushes Android 4.4.2 To Nexus Devices.]

Google's quest to become relevant in living rooms got off to a slow start with the launch of its smart TV platform, Google TV, in 2010. Google TV hardware from Logitech and Sony failed to attract much enthusiasm and the project never really recovered. Google's consumer audio product, the Nexus Q streaming music player, was also poorly received and had its launch postponed and then cancelled over worries about cost and shortcomings.

Thomas Claburn is editor-at-large for InformationWeek. He has been writing about business and technology since 1996, for publications such as New Architect, PC Computing, InformationWeek, Salon, Wired, and Ziff Davis Smart Business.

The move to make these living room devices just a cheap and simple way to connect to a smarter computing device or cloud service strikes me as the right way to go. I'm using the $50 Roku box to connect to Netflix and Amazon Prime shows, and if I need computer content I just plug the laptop in directly.
Reply  |  Post Message  |  Messages List  |  Start a Board
Editors' Choice
Hot Topics