The Federal Communications Commission on Thursday voted 3-to-2 to open a controversial Internet regulation proposal to public comment, beginning a process that might normalize paid prioritization of Internet traffic.

The proposal, put forth by FCC Chairman Tom Wheeler, represents an attempt to offer rules for broadband service providers that fit within existing communications laws. The agency's 2010 rules were rejected earlier this year in a legal challenge by Verizon, leaving the agency's ability to regulate Internet service providers up in the air.

As a result of the vote, the agency will accept input from the public about its proposal for the next four months.

The FCC characterizes its Open Internet proposal as an attempt to determine the right policy to ensure that the Internet remains "open." But the proposal's contemplation of paid prioritization for network data traffic -- referred to as fast lanes for data -- has alarmed Internet companies and cyber liberties advocates who see paid prioritization as a threat to small Internet companies and as fundamentally anti-democratic.

The risk is that paid prioritization will turn the Internet into a protection racket. Without some regulatory restraint, large network providers such as Comcast might decide to demand extra fees from content delivery services like Netflix -- particularly from companies that compete in some way -- to ensure that their streaming video isn't degraded.

Attempting to defuse the controversy surrounding the rule revision, Wheeler said that nothing in this Open Internet proposal authorizes paid prioritization. But then nothing in the proposal definitively rules it out. 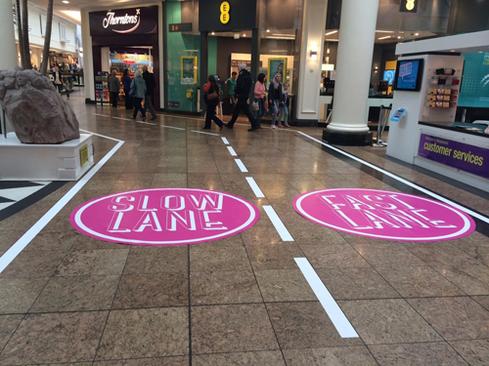 Reaction to the proposal promises a summer of intense lobbying and disagreement. Victoria Kaplan, lead campaign director for MoveOn.org Political Action, in a statement slammed the FCC's move to consider Wheeler's proposal, which, she said, "could destroy the Internet as we know it."

George Foote, a partner at the International law firm Dorsey & Whitney who has worked with the FCC, offered a statement to the contrary, dismissing such claims. "The FCC's proposed open internet order does not threaten the

Certainly usage and service is growing rapidly outside the USA, and recent actions here have many businesses worried. However, unless companies decide to stop doing business in the USA, laws here will trump on any parts of a transaction that is carried out by a company operating or a customer residing in the USA.

If the FCC's definition of "open" ends up becoming the rule, businesses outside the USA would certainly have the choice to stop doing business here. US customers might suffer from higher prices or fewer choices of businesses from whom to purchase products and services.

If that occurred, voters would have an opportunity to enact changes by changing the administration in 2016. However, given the high dollars that companies like Comcast spend on lobbying, I don't see positive pro-consumer, pro-competition changes coming very quickly.
Reply  |  Post Message  |  Messages List  |  Start a Board

I agree to disagree.  While what you say is only partially true.  The US could be eliminated from the international look completly as many countries are already in discussions to route traffic away from the US for fear of spying.  South Amerian countries have been working on this as well as Asian countries.  With China's mad dash for the internet this reality of this becomes more and more.  So to start regulating traffic in such a way to violate international treaties for trade could backfire on the US.  Since blocking our re-routing traffic away would have vast negative financial impacts that these greed driven companies are not paying attention to.

Or on the other hand, they are paying atttention and have already set up their offshore operations.
Reply  |  Post Message  |  Messages List  |  Start a Board

Any world trade or regulating organization has only as much power and authority as the participating governments allow. Unless there's significant pressure from the other participating nations that results in threatened or actualized trade boycotts, universal tariffs and ultimately, military action if warranted, no nation has to abide by any ruling made by an arbitrary international governing body. Sites hosted outside the US but delivered to the US would, in fact, be penalized by any FCC ruling on "fast lanes."

The real loser is the customer. All costs to do business, as well as whatever profit margin a company can manage to obtain, comes from its customers. In all supply chains, the consumer/tax payer/internet user is the customer who will end up footing that bill.
Reply  |  Post Message  |  Messages List  |  Start a Board

It's already paid for by the subscriber of the ISP. Who cares where the data comes from? If I'm paying for some set speed, or some amount of data, it shouldn't matter if that data came from Netflix, some video a buddy is self-hosting, or a zillion e-mails.

And, not only is it already paid for, it's already paid for many times over due to the lack of competition and extremely high prices for the service. That doesn't even include the hundreds of billions of dollars in tax breaks and various fees telcos have been given and/or enabled to do because of the lack of regulation and govt incentives to provide networks they never really built.
Reply  |  Post Message  |  Messages List  |  Start a Board

The only argument I can think of in favor of paid preferential treatment of traffic that would benefit the consumer, and not just a provider/vendor, is VoIP traffic. Even then, in most cases companies that need this usually drop their own WAN connections and configure accordingly. The benefit would be to one-off sales offices or work at home employees that can take a company-issued VoIP phone and use it striaght off their internet connection.

That being said, I tend to agree with the "against" crowd for all the reasons mentioned - creation of a class system, the economic "rubbing out" of small businesses. artists and other contributors that simply can't afford to pay the premiums to make their content reasonably accessible, anti-competitive moves like the example given: Comcast could throttle Netflix unless Netflix pays them a premium (sorry Comcast, that example is just too easily understood by most), and so on.

Perhaps the FCC should define what services can be charged at a premium, such as VoIP, if they're going to do this at all. Rules like that can be a boost to business productivity and revenue if they're well thought out so that everyone wins and not just a select few.
Reply  |  Post Message  |  Messages List  |  Start a Board

You keep using that word "open". I do not think it means what you think it means.
Reply  |  Post Message  |  Messages List  |  Start a Board

First how would this affect international internet treaties?  Austrailia has made it clear they are maintaining Net Neutrality.   What if I start hosting my site overseas?  would this be considered an act of agressive protectionism like when the US banned internet gambling?  Just to refresh the US lost that battle in WTO court to the tiny island nation of Antigua. The US lost all the way to an appeals court and to this day has failed to pay any of the settlement agreement which by now totals into the billions of dollars.

It was also thought that a company paid for their access by purchasing as example a T1 line and was billed accordingly.   Yet now it appears the providers want to charge more for the very access they are already chargiing for.  This is called double dipping, which is illegal.
Reply  |  Post Message  |  Messages List  |  Start a Board

"Paid prioritization for network data traffic" is a good demonstration of how our market driven economy operates. A market economy creates monopolies - Comcast, Time Warner, Verizon, AT&T, ....... etc. To attract additional investment capital these monopolies want a higher return. Any paid prioritization eventually means customers will pay more for the Internet service. Customers do not have a choice of Internet Service Provider!! - there is only one gatekeeper.
Reply  |  Post Message  |  Messages List  |  Start a Board

Pretty heavily against this one. It opens up too many doors to those that would use the scheme for nefarious means. It would make a class system because costs would be passed on to consumers. Before long there would be interet services that many people simply can't use and there's already enough hatred for pirates and sharers, without half the web users needing tto find back doors to use their favourite sites.
Reply  |  Post Message  |  Messages List  |  Start a Board

I wonder if FCC's open (and paid) internet could be implemented in a single state, as a kind of experimental exercise to see its dynamic results in a live and real-time economy. Normally, if a state implements a high SaaS tax then SaaS firms move to other states, in the same way if a state offers an incentive for businesses to setup shop by either providing a fast lane and a consumer base that desires a service on a fast lane then overtime there should be some noticeable change in, for example, the average internet speed. However, since infrastructure is concerned here, this experiment could take decades to complete.
Reply  |  Post Message  |  Messages List  |  Start a Board
Page 1 / 2   >   >>
Editors' Choice
Hot Topics