AT&T, Verizon and other wireless network operators aren't happy with the FCC's proposed net neutrality rules, and they were quick to threaten legal action.

The Federal Communications Commission won't vote on its proposed net neutrality rules for three weeks and already the nation's largest wireless network operators from gearing up their defenses.

AT&T and Verizon Wireless had harsh words for FCC Chairman Tom Wheeler and his proposal after the details became public on Wednesday. Wheeler had no chance of pleasing everyone -- least of all the carriers -- and he'll need to slog through an epic battle to get the rules passed into law.

The heart of the matter is reclassifying broadband providers under Title II of the 1934 Communications Act. Designating them as common carriers will put them under much greater regulatory scrutiny. Wheeler wants to ban paid prioritization, and ban the blocking and throttling of lawful content and services. He won't however, seek to regulate rates or tariffs, nor will he force last-mile unbundling,

AT&T was quick to react.

"We continue to believe that a middle ground exists that will allow us to safeguard the open Internet without risk to needed investment and years of legal uncertainty," said Jim Cicconi, AT&T's Senior Executive Vice President-External and Legislative Affairs, in a blog post. "We also hope that proponents of Title II will consider that any FCC action taken on a partisan vote can be undone by a future commission in similar fashion, or may be declared invalid by the courts."

Earlier this year, AT&T pledged to sue the government over Title II classification. Cicconi didn't go that far with his statement Wednesday, but don't be surprised when AT&T files the paperwork.

"It is unnecessary because all participants in the Internet ecosystem support an open Internet, and the FCC can address any harmful behavior without taking this radical step," Glover added. "Moreover, Congress is working on legislation that would codify open Internet rules once and for all. It is counterproductive because heavy regulation of the Internet will create uncertainty and chill investment among the many players." 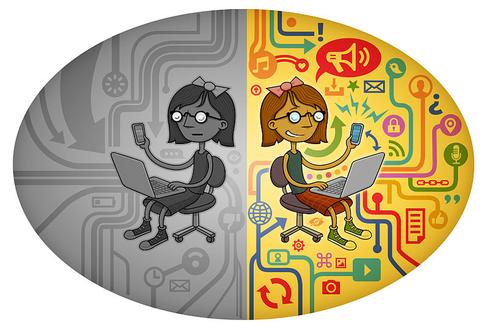 Late last year, Verizon said it will reduce investment in broadband deployments if the FCC goes Title II. What Glover didn't mention about Congress' efforts is that the legislation is spearheaded by anti-Obama Republicans trying to preempt the president's net neutrality agenda.

T-Mobile offered a more measured response to the FCC's proposed rules. CEO John Legere has previously decried the idea of going Title II, but on Wednesday he only said, "T-Mobile and I support an open and free internet. Looking forward to seeing what the rules say later this month." Like AT&T and Verizon, T-Mobile is likely gnashing its teeth at least a little bit.

Sprint broke ranks with its competitors. "Sprint does not believe that a light touch application of Title II, including appropriate forbearance, would harm the continued investment in, and deployment of, mobile broadband services," wrote Sprint CTO Stephen Bye. What's not clear here is Sprint's definition of "a light touch" and whether or not Wheeler's proposal fits that definition.

[Do apps need their own Net Neutrality rules? Here's what BlackBerry thinks.]

The CTIA Wireless Association, which speaks for the entire wireless industry, doesn't agree with Sprint's stance.

CTIA CEO Meredith Attwell Baker likewise said, "We are concerned that the FCC's proposed approach could jeopardize our world-leading mobile broadband market and result in significant uncertainty for years to come because the FCC lacks congressional authority to impose Title II public utility regulation on mobile broadband services." The FCC thinks it has the authority, and even spelled out that authority in loose terms. Whether or not the FCC's beliefs will hold up in court is another matter entirely.

The FCC's rules will impact far more companies than these four.

Tens of thousands of businesses have something at stake here. More important, 315 million Americans will be impacted -- and it's "the people" Wheeler claims he's trying to help. Four million consumers have responded to the FCC this year with their thoughts on net neutrality and how the government should or shouldn't regulate broadband.

Wheeler will officially distribute his proposal to the other FCC commissioners this week. The five commissioners, Wheeler included, will vote on them during the Feb. 26 open meeting. That will be the opening shot. It will then be up to AT&T, Verizon, and others to respond from a legal standpoint, and respond they will.

Eric is a freelance writer for InformationWeek specializing in mobile technologies. View Full Bio
We welcome your comments on this topic on our social media channels, or [contact us directly] with questions about the site.
Comment  |
Email This  |
Print  |
RSS
More Insights
Webcasts
The Experts Guide to Ransomware Response
Multi-Cloud Data Management for Modern Applications
More Webcasts
White Papers
Protection Strategies for a Cyber-Resilient Organization
Enabling Enterprise Resiliency Through Cyberthreat Detection
More White Papers
Reports
Are We Cyber-Resilient? The Key Question Every Organization Must Answer
A Decade of Passive DNS
More Reports