China Mobile secures more than 1 million iPhones as it prepares to offer the device to customers for the first time. Meanwhile, one study suggests sales of the 5s are killing the 5c.

Foxconn, the China-based firm that assembles the Apple iPhone, has shipped approximately 1.4 million devices to China Mobile, according to a source cited by The Wall Street Journal. China Mobile will begin selling the iPhone for the first time on January 17. The number of iPhones stocked by China Mobile doesn't necessarily offer a preview of initial sales, but it does speak a bit about demand for the phone. China Mobile has been taking pre-orders since December 25. 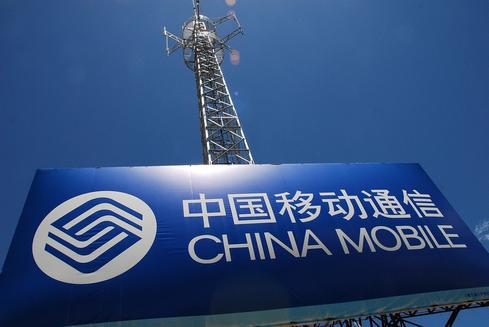 "Shipping one million or more iPhones to a single carrier per month is substantial," said The Journal's source. "But we have limited visibility beyond this month as Apple hasn't informed Foxconn of the volume for the next shipment to China Mobile." Gartner estimates that Apple sold about 18.5 million iPhones in China between January and September 2013 (fourth-quarter numbers aren't available yet).

[iPhones are a hot commodity for thieves, especially in NYC. Here's how to keep yours safe: iPhone Thefts Rise: Protect Yourself.]

Analysts initially expected Apple's deal with China Mobile to boost iPhone sales by 10 to 30 million units. Those forecasts are being called into question, though, after the pre-orders failed to scare up big numbers. When the iPhone 5s and 5c launched in September, initial sales for the smartphone surpassed 9 million over a three-day weekend. It appears that China Mobile is not expected to trigger a repeat of that performance.

The China Mobile variant of the iPhone 5s is different from the one being sold by China Telecom, China Unicom, and elsewhere. It is being made to support the TD-SCDMA network operated by China Mobile rather than the more common LTE/HSPA networks run by other operators around the world. China Mobile does not plan to sell the iPhone 5c.

In the US, consumers clearly prefer the 5s to the 5c. A new study from Consumer Intelligence Research Partners (CIRP) indicates that the 5s accounted for 59% of the fourth-quarter iPhone sales, while the 5c accounted for 27% during the same period. In comparison, in 2012 the iPhone 5 accounted for 50% of sales during the fourth quarter, while the iPhone 4 enjoyed 32%. This suggests that the 5c isn't well-received as a strong lower-cost option among iPhone buyers -- in fact, it appears to be driving customers to the 5s.

"The design update worked for Apple, since the would-be mid-priced (iPhone) 5 customers seem to have migrated to the higher-priced flagship 5s," said CIRP analyst Josh Lowitz to Re/Code. "The jury is out on how successful the 5c was in attracting new customers, but we do know that Apple increased the average selling price of iPhones overall. If the old iPhone 5 had been the mid-priced phone, we expect that it would have sold a higher percentage of iPhones than the 5c did, as previous mid-priced legacy iPhones have. The 5c seems to have been designed to force certain buyers to the 5s."

Without the 5c, China Mobile iPhone customers have only the 5s available. It's not a bad choice at all, but the competition from low-cost Android devices is fierce. Whether or not the iPhone 5s can maintain some visibility amidst the din in China Mobile retail stores remains to be seen.

We welcome your comments on this topic on our social media channels, or [contact us directly] with questions about the site.
Comment  |
Email This  |
Print  |
RSS
More Insights
Webcasts
Optimizing App Performance in the Cloud
Cybersecurity's Next Wave: What You Should Know
More Webcasts
White Papers
Why Add Security to Your Skill Set and How to Do It
Don't Let the Past Obstruct Your Zero-Trust Future
More White Papers
Reports
Enabling Enterprise Resiliency Through Cyberthreat Detection
How IT Security Organizations are Attacking the Cybersecurity Problem
More Reports