HTC, LG, Motorola, Nokia, Samsung, and many other smartphone manufacturers sat CES 2014 out. Most of the big companies in the market did not reveal new products at the glitzy trade show, and instead talked up their existing product lines. That left plenty of opportunity for firms such as Asus, Huawei, Meizu, and ZTE to step into the spotlight.

Asus has long sold the PadFone line in China, but the PadFone X will be its first foray into the US market. The downside of these devices is the large, bulky tablet hardware, which is useless without the smartphone docked.

Huawei made a bit of a splash with the Ascend Mate2 4G, a second-generation phablet. The Mate2 boasts a 6.1-inch display and a Qualcomm Snapdragon 400 quad-core processor at 1.6 GHz per core. The Mate2 has a large 4,050 mAh battery and can be used to charge other devices. The main camera rates 13 megapixels, and the front camera offers 5 megapixels with a wide-angle lens. The screen is sensitive enough to use with gloves. The Mate2 runs Huawei's Emotion UI 2.0, which supports mini apps that float above other apps, and a driving mode with a simplified interface. The device will reach the US later this year and will be compatible with the LTE networks run by AT&T and T-Mobile. 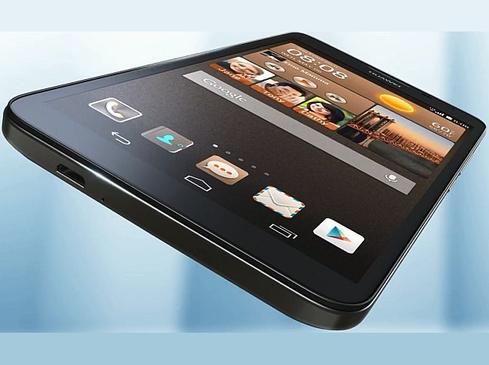 Meizu, a firm that’s probably unknown to most North American consumers, did not announce a new phone, but said that it will bring a variant of the MX3 to the US during the third quarter of the year. Available in China since last year, the MX3 is a flagship-class device with a large HD screen, powerful processor, capable camera, and unique user interface elements.

Sony is perhaps the most visible smartphone maker to show off new hardware at CES. Sony and T-Mobile announced the Xperia Z1S, a flagship smartphone that will arrive later this month. The Z1S is an attractive, waterproof device that offers a beautiful 5-inch HD screen, capable 20.7-megapixel camera, and tons of customized software from Sony, including its streaming music and movie services. T-Mobile is selling the device for no money down, followed by 24 monthly payments of $23. Sony also revealed the Xperia Z1 Compact. Sony is forgoing the term “mini” in favor of “compact,” which it believes has a more positive connotation. The Z1 Compact may be smaller with a 4.3-inch screen, but it offers the same design language and features as the larger Z1S.

The big boys have clearly decided that they like to announce new phones at standalone events. Samsung is prepping the Galaxy S5 and may reveal it as soon as next month, according to various reports. LG is regrouping around its new flexible screen technology, and HTC should have big news in the next eight weeks.

Notably, Windows Phone was almost entirely absent from CES. At this writing, no new Windows Phone devices were announced at the show. Perhaps Windows Phone OEMs are waiting to see how the Microsoft-Nokia acquisition plays out and what Windows Phone 8.1, scheduled for an April debut, has to offer.

There's no single migration path to the next generation of enterprise communications and collaboration systems and services. Enterprise Connect delivers what you need to evaluate all the options. Register today and learn about the full range of platforms, services, and applications that comprise modern communications and collaboration systems. Register with code MPIWK and save $200 on the entire event and Tuesday-Thursday conference passes or for a Free Expo pass. It happens in Orlando, Fla., March 17-19.

I'd be happy with reliable service and not paying an outragous amount for a data plan. Otherwise, I can do without the excitement.
Reply  |  Post Message  |  Messages List  |  Start a Board

I think the market could use a collective breather from brand new smartphone features. A chance to get to know the features we already have (and not feel outdated for another few months).
Reply  |  Post Message  |  Messages List  |  Start a Board
Editors' Choice
Hot Topics