Apple execs take the stage June 2 to show off the company's latest innovations. Here's what I'd like to hear.

Apple's Worldwide Developers Conference kicks off Monday morning in San Francisco, and speculation is rampant about what Apple might say at the event. Apple is expected to provide a peek at upcoming changes to its core iOS mobile and OS X desktop platforms. The company may show off new hardware, too, but the focus of WWDC is always Apple's software and services.

With the iPhone alone accounting for more than half of Apple's revenues, Apple needs to keep iOS fresh. Most of what Apple discusses will center on iOS, which powers both Apple's iPhone smartphones and iPad tablets. The company will surely talk about the next version of OS X as well. Apple showed off iOS 7 and OS X 10.9 Mavericks at WWDC in 2013, which puts iOS 8 and OS X 10.10 on deck for WWDC 2014.

Here are a few things I'd like to see Apple add to these platforms.

iOS 8
Design tweaks: Apple completely redesigned iOS last year, so don't expect to see a new look for the operating system. But that doesn't mean Apple can't make some improvements. There are plenty of rough edges (spacing oddities, font goofs, and more) that can use some hewing. I wouldn't mind seeing a wider, less pastel color palette, too.

[What would you like to see at Apple's Worldwide Developer Conference? Read Apple WWDC 2014: 9 Things To Expect.]

Swiping keyboard: This has become a near deal-breaker. Every other major smartphone platform supports swiping keyboards to help speed up and improve text input. Apple is now the lone holdout and needs to join its competitors. If Apple doesn't create its own swipeable keyboard, then it needs to support third-party keyboards (such as Swype) within iOS 8.

Siri: Google's Google Now and Microsoft's Cortana voice-assistant tools may have arrived after Apple's Siri, but they've surpassed it in terms of overall usefulness. For starters, Siri has more trouble transcribing spoken queries than either Google Now or Cortana (at least in my experience). Further, Siri is still very limited in its responses and doesn't support most third-party apps. Google Now and Cortana are able to interact with more parts of the Android and Windows Phone operating systems, respectively. iOS 8 needs Siri 2.0 in a bad way. 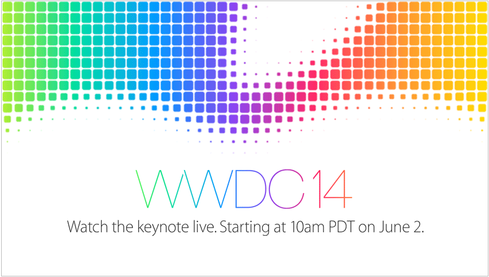 Guest/kid mode: Android and Windows Phone both have segregated kid modes that allow parents to hand their phones to Junior without worry. When a Windows Phone handset is put into kid mode, for example, it blocks the child from accessing vital apps such as email and messaging while permitting use of the media apps and games. Samsung has used the iPad's lack of kid mode to promote its own devices in its television commercials.

More flexible home screens: iOS is fairly rigid in how it treats home screen customization. As apps are added to the home screen, they automatically snap to a grid beginning in the upper-left corner -- you can't place an app in the lower-right corner of the screen, for example. It would be nice

I fear I am not brave enough to roll with a beta release, so I will find out how cool it is later this year. I suppose I'll also be (at the same time) figuring out whether to get the expected new iPhone as well, so it's going to be all change I suspect!
Reply  |  Post Message  |  Messages List  |  Start a Board

@mak63: Yeah, I'm very curious to see how the Family sharing mode thing works. I read that developers of new apps will automatically allow their apps installed on up to 6 devices to allow this to work, and that existing app developers are being asked to opt in. Something like that.

I'm not entirely sure how this will really work, but if they're saying that I can finally have all 5 of my family members using unique Apple IDs, yet by sharing my credit card across those accounts I can buy an app once and make it available to all of them for free, then that would be a huge win for me. Make it happen with music too please. I'm bored of having to pay for apps and choons on my device, then my wife's, then the kids. And boy, it would be so much simpler than having to buy DRM-free music on my account then manually importing thos same files into their accounts, right?

So I guess off the back of WWDC I am saying thank you ;-) Not only will Airdrop work between iPhone and Mac at last, but they're making moves towards exactly what I asked for - tighter, seamless integration between their products. They've not taken me up on my GPS idea yet, but the other things they announced really do seem to shift in a direction that I think I'm going to really enjoy. Yay!
Reply  |  Post Message  |  Messages List  |  Start a Board

I was wondering how Erics feels after the unveiling of the new iOS 8 and see that a few of his wishes have been granted, well kind of...

Swiping keyboard: QuickType keyboard. Some improvements, but no swiping yet.

Guest/kid mode: Family Sharing. Not what Eric wanted, but at least something for the family.

Split-screen multitasking: Not yet. iOS 23 perhaps.

Steve Jobs sure was mad about Google supposedly stealing iOS from Apple to make Android. But I'd say that the two systems are keeping up with each other technologically and competitively. That makes for better products for us consumers, and I think that's great.

I used to be an iPhone user; now I am on Android. I still like the form factor of an iPhone though, so that's why I have a Moto X. With Android, you have many, many choices.
Reply  |  Post Message  |  Messages List  |  Start a Board

I don't know what swipe is - but I do know that I have a very hard time typing on my phone, and even have difficulty in selecting the right text when I am reading a book on my iPad to select.   My fingers and eyes don't coordinate with IOS.

I've been begging for child/guest access to IOS devices for some time.   The finger pad recognition needs to recognize more fingers - to allow my grandchildren to use their fingers.

SIRI on my Mac needs a text mode, come to think of it, SIRI on IOS does too.   I'd like to text SIRI without saying anything out loud.
Reply  |  Post Message  |  Messages List  |  Start a Board

If Apple cannot deliver "one more thing" it will all be uninteresting. Apple used to be the innovation leader and now they are nothing else than yet another consumer electronics company that asks way too much for their unimpressive product.
Reply  |  Post Message  |  Messages List  |  Start a Board

"My wife has broken the glass on her 5s twice."

I really thought hard about this and couldn't find a way of breaking the glass of an iPhone twice. How did she do it? Is it really Apple to blame because she brakes her phones? :/