Apple and Samsung have struck separate deals with China's UnionPay bank to bring their mobile payment services to the Chinese market in 2016.

Apple has announced a partnership with UnionPay to bring its mobile payment service to China. Apple Pay will be available in the Chinese market in early 2016, following testing and certification by Chinese regulators.

The partnership was necessary for market entry, as state-run UnionPay has a monopoly on all yuan bank cards throughout China. The payment firm will give its cardholders the option to add their cards to Apple Pay on iPhone, iPad, and Apple Watch.

Apple Pay also has support from 15 banks across China, which is the world's largest smartphone market. iPhone growth has skyrocketed throughout the country, which generated $12.5 billion in revenue for Apple during its fiscal fourth quarter of 2015.

"China is an extremely important market for Apple and with China UnionPay and support from 15 of China's leading banks, users will soon have a convenient, private and secure payment experience," said Eddy Cue, senior vice president of Internet Software and Services at Apple in a statement.

Apple Pay, which uses NFC technology, will work at POS terminals enabled to handle UnionPay's Quickpass. iPhone users will be able to pay by holding the phone near the terminal with a finger on the Touch ID; Apple Watch users can double-click the side button to complete transactions.

For security purposes, credit and debit card numbers are not stored on users' devices or Apple servers. A unique Device Account Number is encrypted and stored inside a chip called the Secure Element on each smartphone. Each transaction is authorized with a unique security code.

China may be a golden opportunity for Apple, but its market will be competitive.

The same day Apple announced its UnionPay partnership, the Chinese company struck a deal with Samsung Electronics to bring Samsung Pay into China as well.

Samsung's electronic payments system uses both NFC and MST technology, which makes it more broadly compatible than Apple Pay. Samsung Pay transactions are accepted "in most of the POS terminals in China, including QuickPass-enabled NFC POS terminals," the electronics giant said in a statement. 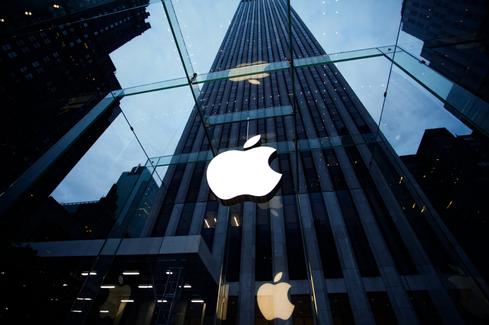 Samsung isn't the only rival Apple will face when it enters the Chinese mobile payments market. It will also be competing with Tencent's WeChat Payment system and Alibaba's Alipay.

The mobile payment market is booming as businesses rise to the challenge of accommodating consumers who are more mobile and expect higher levels of customer experience.

"With the rapid development of the mobile payment industry, China UnionPay is committed to open cooperation with other parties in the industry to provide more secure and more convenient products and services for consumers," said Chai Hongfeng, EVP of China UnionPay, in a statement.

Both Apple and Samsung will be competing stateside with Google's Android Pay, which launched in one million US locations in September. The payment system will come pre-installed on new NFC-enabled Android phones from Verizon, AT&T, and T-Mobile.

Kelly Sheridan is the Staff Editor at Dark Reading, where she focuses on cybersecurity news and analysis. She is a business technology journalist who previously reported for InformationWeek, where she covered Microsoft, and Insurance & Technology, where she covered financial ... View Full Bio
We welcome your comments on this topic on our social media channels, or [contact us directly] with questions about the site.
Comment  |
Email This  |
Print  |
RSS
More Insights
Webcasts
Take DevOps to the Next Level
Advancing the Hybrid Cloud & App Modernization Journey with IBM
More Webcasts
White Papers
2020 SANS Enterprise Cloud Incident Response Survey
The Top 5 Mistakes Everyone is Making in Vulnerability Remediation
More White Papers
Reports
The State of CCPA 2021
Key Strategies for Managing New Risks in Cybersecurity
More Reports