Apple and Samsung are looking abroad to increase adoption of their respective mobile payment services.

The availability of mobile payment services continues its slow march forward thanks to new movement from Apple and Samsung. Both companies are targeting expansions of their phone-based purchasing programs by pushing them into new markets.

Apple launched Apple Pay in Canada on Tuesday, and plans to launch in Australia on Thursday. Apple Pay is already available in the US and the UK. The Canadian and Australian launches are welcome, but limited.

To start, American Express is the only payment network supporting Apple Pay out of the gate in both countries. Without MasterCard and Visa, Apple Pay will struggle to gain a toehold with Canadian and Australian consumers. American Express runs one of the only wireless payment services in Canada, which is one reason behind the muted launch. Moreover, the number of retail establishments accepting Apple Pay is limited to a few brands, such as Apple, McDonald's, Indigo, Petro Canada, Staples, Tim Hortons.

Apple hasn't said how quickly it expects to score support from MasterCard, Visa, and additional retailers in either country, but Apple announced plans for similar expansions with American Express to Hong Kong, Singapore, and Spain next year. 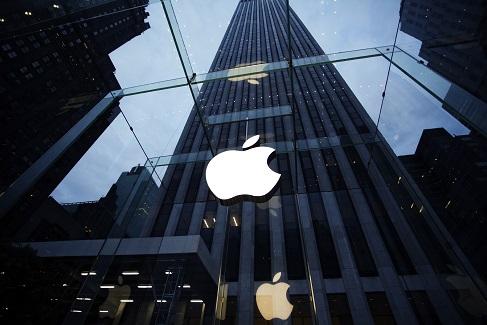 Samsung, too, has plans to move into a handful of new markets. Samsung Pay launched first in South Korea, and later in the US. Samsung Pay is different from Apple Pay (and Android Pay) in that it uses both NFC and MST technology, which makes it compatible with a much wider selection of retail terminals. Even so, Samsung Pay is off to a slow start thanks to a lack of support from national banks such as JPMorgan Chase.

Samsung is targeting a first quarter launch in China, Spain, and the UK, according to Sammobile. The company has not yet publicly named any bank or retail partners in those markets. Samsung Pay is available on Samsung's more expensive devices -- the Galaxy S6, S6 Edge, S6 Edge+, and Note 5.

Google's Android Pay is trailing both Apple Pay and Samsung Pay at the moment. Google has been rather quiet about its mobile payment service since it launched several months ago.

Eric is a freelance writer for InformationWeek specializing in mobile technologies. View Full Bio
We welcome your comments on this topic on our social media channels, or [contact us directly] with questions about the site.
Comment  |
Email This  |
Print  |
RSS
More Insights
Webcasts
The Failures of Static DLP and How to Protect Against Tomorrow's Email Breaches
5 Steps to Solving Modern Scalability Problems
More Webcasts
White Papers
How to Prioritize Risk Across the Cyberattack Surface
The Insider's Guide to IP Geolocation Data During COVID-19
More White Papers
Reports
The Malware Threat Landscape
Are Unprotected Cloud Databases Leaking Your Data?
More Reports