iPhone users can look forward to broadcasting a bit less information about their devices as they wander the world.
Google I/O 2014: 8 Things To Watch
(Click image for larger view and slideshow.)

Apple's iOS 8 will change the way iOS devices communicate with WiFi networks, a shift that will improve privacy for Apple customers and inconvenience marketers, who might turn to Apple's iBeacon tracking technology.

Over the weekend, Swiss programmer Frederic Jacobs, who works on encrypted messaging at Whisper Systems, discovered that Apple's next version of its mobile operating will randomize the MAC addresses of iOS devices as they scan for available WiFi networks.

A MAC address should not be confused with a Mac computer. The term stands for Media Access Control and refers to the unique identification number assigned to the network hardware layer in a device.

Unique identification numbers make networking more efficient; data can be sent to a specific address rather than every network node. But they also can be used as a means of network access control and of user identification.

MAC addresses are not a foolproof solution for either of these tasks because they can be altered or spoofed. But they're effective enough that marketers use them for retail analytics. Apple's plan to randomize MAC address in iOS 8 is likely to make profiling mobile devices and their owners more difficult for analytics firms. Existing analytics systems will have to come up with another method for identifying devices.

Smartphones, by design, emit pings to find nearby wireless networks in order to join known networks automatically. Euclid Analytics, a mobile marketing startup based in San Francisco, uses this information, which includes the device's MAC address, to track and assess shopper behavior. As a concession to privacy, the company creates a one-way hash of each MAC address, so it has a unique identifier for each device that can't be reversed to determine the source MAC address.

Being able to identify a device, and by inference, the person using the device, has obvious commercial implications but also raises signficiant privacy concerns. In a 2010 blog post, Microsoft chief architect of access Kim Cameron argued that MAC addresses can be used to identify the home addresses, and thus the identities, of device users. 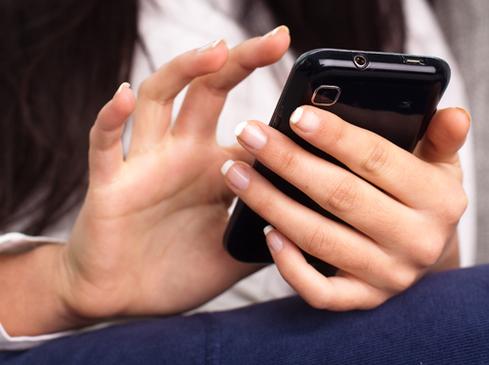 Yet back in 2011, when Google was revising its data collection practices after its StreetView cars were caught vacuuming data from WiFi networks, Google dismissed the notion that MAC addresses presented a privacy issue.

In an online help document about Google's Location Service, Google said, "A MAC address tells you nothing about the owner or user of the equipment concerned. It's just a string of characters that's technically necessary for Web pages and other content to be properly delivered to your device over the Internet."

Google appears to have revised its opinion the following year: The reference to MAC addresses no longer appears in an October 2012 snapshot of that support document.

In iOS 7, Apple extended its Location Services with a notification system called iBeacon that allows apps to notify users -- with ads, discounts, or just for customer tracking -- when near iBeacon hardware. In iOS 7.1, Apple turned the service on by default, so that apps implementing CoreLocation notifications register to receive iBeacon alerts. Users must opt out if they do not wish to be notified in this way.

The arrival of iOS 8 this fall will make MAC addresses more unreliable as a way to track devices and their users. Marketers thus might be inclined to consider Apple's iBeacon system, perhaps alongside competing schemes such Qualcomm's Gimbal and PayPal's Beacon, as an alternative.

Thomas Claburn has been writing about business and technology since 1996, for publications such as New Architect, PC Computing, InformationWeek, Salon, Wired, and Ziff Davis Smart Business. Before that, he worked in film and television, having earned a not particularly useful ... View Full Bio
We welcome your comments on this topic on our social media channels, or [contact us directly] with questions about the site.
Comment  |
Email This  |
Print  |
RSS
More Insights
Webcasts
What We Can Learn from Sports Analytics
ROI and Beyond for the Cloud
More Webcasts
White Papers
A Technical Deep Dive on Software Exploits
The Network for Whatever's Next; A CxO Guide
More White Papers
Reports
IDC FutureScape: Worldwide Digital Transformation Predictions
Special Report: Understanding Your Cyber Attackers
More Reports

The operation system won't be available until fall, next it will take some time before full deployment has been achieved, and even then, Android is a big portion of the mobile device market, businesses might opt to wait for data to arrive that indicates that consumers are happy with the move, and that Android will follow soon. All this leave a lot of time before businesses begin to actually receive a lesser level of insight, however, it is important to locate the next best alternative of sharing data as soon as possible, in a way that's beneficial to both businesses and consumers.

I wonder, what would be the next best alternative, once MAC is no longer available.
Reply  |  Post Message  |  Messages List  |  Start a Board

@Brian.Dean: why would we need to consider a scenario where Mac is no longer available? They are not going to dissolve the entire thing suddenly. Most probably, you were hinting to to some case where 'Mac' is not allowed on the network.
Reply  |  Post Message  |  Messages List  |  Start a Board

@Zaious, sorry for creating the confusion, I was referring to the MAC address going away as a tool that indirectly enables tracking.

If MAC addresses were to not be used completely, then an entirely different anchoring system would have to exist, the only thing that is becoming unavailable from the retail side of the equation is that due to the randomization process, tracking will not be possible -- dynamic IP address create the same problem for websites, that's why websites use cookies.

You're misunderstanding the issue, if I understand what you are saying. MAC addresses aren't going away. This is just for roaming for a WiFi network to join. In order to join that network, the proper MAC address is used. If you're saying that the lack of a true MAC address for roaming is the issue, then yes. These big companies are doing whatever they can to get leverage. So far, the heavily Google supported NFC has been a bust. It isn't required that google have any part in any of this. Apple participation is enough. We can see that Google has already partly given up on NFC to support Apple technology in this area. They have no choice, as iBeacon is taking off, and this will further that. A good deal of this has to do with purchasing. If Apple users make significant purchases, then the system will work without Google. If Android users do not make significant purchases, then Google's participation won't matter either.
Reply  |  Post Message  |  Messages List  |  Start a Board

@Melgross, yes you are right, I referred to "MAC" (MAC address) as an enabler to perform customer identification and tracking. It's all about the data and the value that data can create, targeting ad content to users that might be interested in a product is better than, randomly sending out ads that generate low customer actions. And data is not just useful for ads -- knowing in aggregate, what consumers are interested in, can help in optimizing the supply chain as well.
Reply  |  Post Message  |  Messages List  |  Start a Board

"The operation system won't be available until fall, next it will take some time before full deployment has been achieved"

For the devices that support IOS8, it seems likely that adoption will be very high very quickly, just as it was with IOS 7. I'm not going to argue about which statistics are fair to quote on that, but in less than 12 months the penetration of that OS is quite amazing.

As you correctly state though, iOS is not the only game in town. But it's a valuable one to advertisers I'd bet.
Reply  |  Post Message  |  Messages List  |  Start a Board

I suppose you're one of the few Blackberry users still moping around? I can't speak to Android as much as iOS, but for iOS, privacy is pretty easy to achieve. Apple doesn't receive 97% of their sales and profits from user data as does Google, as unlike the advertising revenue model Google is forced to use, Apple makes most of its revenue and profit on hardware.
Reply  |  Post Message  |  Messages List  |  Start a Board

So I haven't seen an explicit confirmation yet, and perhaps somebody here can provide that, but if I understood correctly, the randomized MAC addresses are only used during scans for WiFi networks (Probe requests / responses), but once you actually join a WiFi network you still use your burnt in address (BIA). This is handy, since I (at least) use static MAC->IP mappings in the dhcpd configuration!

So to get a MAC address you now have to get people to actually join your WiFi network. Enter every store offering comprehensive (free!) WiFi service for you. Once you're on the WiFI, it's as good as it was before the security improvements. If, as mentioned in a recent article, you can also get other user information - e.g. by using a Facebook login to gain access to the WiFi - you could be on to a huge winner in terms of putting some personal meat on that data.
Reply  |  Post Message  |  Messages List  |  Start a Board

I am so glad that Apple is going to start randomizing MAC addresses. It all boils down to opt in.

At Mahana (http://mahana.io) we are focused on providing iBeacon tech to apps that need location-based information in an opt-in manner.  The platform would be very suspect if we were collecting data from phones without someone saying "yes."

We would like to see more parity between Android and iOS on the hardware side, but I imagine that will come from industry pressure.
Reply  |  Post Message  |  Messages List  |  Start a Board
Editors' Choice
Hot Topics