Apple reportedly is preparing to launch a software platform that will turn iOS devices into controllers for networked appliances.

According to a Financial Times report (registration required), Apple plans to introduce its interface for the Internet of Things at its Worldwide Developer Conference next week, challenging similar initiatives by Google, Samsung, and other companies.

A select group of appliance makers is said to be participating in an Apple certification program that will ensure their smart home products will work with Apple's platform.

We've been here before. Back in 2001, at the Macworld Conference keynote, then Apple CEO Steve Jobs said that reports of the death of the personal computer were premature. US computer sales were down about 30% during the 2000 holiday season, prompting earnings warnings from Apple and others. Industry angst at the time echoed the worries of PC makers a few years ago as they lost share to mobile devices, as well as the concerns of mobile device makers more recently as growth in mature markets has flattened.

"We think the PC is on the threshold of entering its third great age," Jobs declared. "And that age is the age of digital lifestyle. And that's being driven by an explosion of new digital devices. We have cell phones everywhere. We have portable music players: CDs and their cousins, the new solid-state MP3 players now, everywhere. We have digital camcorders everywhere. We have DVD players exploding in consumers' home and in businesses as well… And we believe the PC, or more importantly, the Mac, can become the digital hub of our new emerging digital lifestyle, with the ability to add tremendous value to these other digital devices." 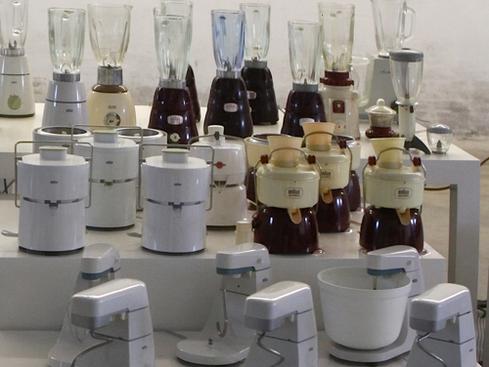 Apple has already started down this road. Its CarPlay platform for automakers allows in-car systems to integrate with iOS functions such as Siri, navigation, telephony, music, and messaging. The introduction of a similar platform for networkable home appliances would simply be a logical extension to that strategy. It also would be a logical response to Google's acquisition of Nest Labs and its rumored interest in Dropcam, Microsoft's HomeOS, and Samsung's push into smart appliances.

But the logic of a digital hub strategy for networked devices doesn't ensure the popularity of such devices. Technology companies hope the Internet of Things and wearable devices will become as popular as mobile devices, but they haven't yet.

When the iPhone took the world by storm in 2007, it had three compelling features: It was a music player, an Internet-connected portable computer, and

It will be interesting to see how Apple fares here, given the response so many had when Google acquired Nest. It's not scientific by any means, but many friends of mine -- some of whom write extensively on or are involved in the fight for consumer privacy -- immediately unplugged their Nest devices once the Google acquisition hit the news. Apple's rep differs from Google's, but is that legit? Or is it just well-maintained and cultured?
Reply  |  Post Message  |  Messages List  |  Start a Board

That is a very good point. Those who want to use home automation tools should be wary of getting tied to one OS for appliances. It will be interesting to see how/if Apple addresses this. Their strategy has worked just fine in mobile and music, as you point out, but when you're investing thousands of dollars into your home it is a very different equation.

I still believe privacy is a huge hurdle for the home automation market but, as we've seen with apps, not everyone's concerned with that.
Reply  |  Post Message  |  Messages List  |  Start a Board

Yep, Apple doesn't play well with others. Never has. Their walled garden approach may have worked with iPod/iPhone/iPad ecosystems, but it doesn't jibe with something as sweeping as Internet of Things and home automation, where compatibility among many appliances and platforms is essential.
Reply  |  Post Message  |  Messages List  |  Start a Board


This has been one of my biggest questions as Apple's slowly marched toward Internet of Things-themed products. I think they can get away with the closed garden with wearable devices, at least for the present. An iWatch that provides standalone health-monitoring functionality and also syncs to iOS and OS X devices for extra features-- that would be a big deal, even if Windows and Android are ignored or included only in rudimentary ways. But home automation? That demands a degree of openness that Apple's never seemed willing to explore.
Reply  |  Post Message  |  Messages List  |  Start a Board

"I still believe privacy is a huge hurdle for the home automation market but, as we've seen with apps, not everyone's concerned with that."

As automation evolves and the IoT becomes more common security is also going to improve.

Another thing that could happen is that everybody gets use the new way of living with less privacy if the collection of data results in benefits for the consumers.

And, at some point, all this is going to be simply normal, just as it happened with everything else that people were worried about before.

People keep saying consumers will get used to less privacy. I sincerely hope that's not the case. Just because something becomes standard doesn't mean it's right and it's one reason I back the efforts of non-profits that fight for individual privacy. Does it really matter whether Apple, Google, or some other company knows how often we open the fridge? Perhaps not. But it could if you use the fact that you're at home as an alibi to a crime -- and the police subpoena (or hack) into your IoT records to demonstrate that none of your appliances were active at the time of the crime. Far-fetched? I don't think so. If we don't have more than a reasonable expectation of privacy in our own homes, then where?
Reply  |  Post Message  |  Messages List  |  Start a Board

That's bad, @batye! I have wondered about that. We have Internet via our cable company. I pay for the highest speed and use their router, solely so I can call them whenever there's a problem! Every time I call about a performane issue, they blame me for using several devices simultaneously -- we have several wireless computers, phones, tablets, TV, etc., although not all are typically connected at one time. I can only imagine what would happen if we added thermostat, alarm, appliances, etc., to the mix!
Reply  |  Post Message  |  Messages List  |  Start a Board

"But it could if you use the fact that you're at home as an alibi to a crime -- and the police subpoena (or hack) into your IoT records to demonstrate that none of your appliances were active at the time of the crime."

That's an interesting thought and a great idea for a crime story. :D Your appliances could be programmed to be active even if you are not at home.

"If we don't have more than a reasonable expectation of privacy in our own homes, then where?"

I wonder what would happen if you did replace their hardware, @batye? Surprised that they don't want you to do it. My cable company would love me to change their hardware or cables out because then they wouldn't have to support me whenever there's a performance problem (which, 9 times out of 10, is because of their external equipment).
Reply  |  Post Message  |  Messages List  |  Start a Board
Page 1 / 2   >   >>
InformationWeek Is Getting an Upgrade!