The Amazon Fire Phone isn't exactly setting anything on fire -- least of all sales figures. It fact, sales of the handset, which hit the market earlier this summer, are barely lukewarm. Analysis of Internet traffic during the first 20 days after the Fire Phone's release shows it accounts for only 0.02% of North American Web surfers. Is it too early to call the Fire Phone a flop?

Chitika Insights examined the online ad impressions made by tens of millions of US and Canadian smartphones between July 25 and August 14. Its data suggests the Fire Phone is selling slowly, though steadily. Chitika described its presence on the Web as "growing incrementally rather than exponentially." The device debuted to mixed reviews, despite whiz-bang features such as Dynamic Perspective and Firefly.

To put the Fire Phone's initial sales in perspective, Chitika compared it to another device released this year and several devices released last year. The LG G3 debuted in the US several weeks ahead of the Fire Phone and garnered mostly positive reviews. Sales of the G3 kicked off July 11 at AT&T, and it reached Verizon Wireless and Sprint on July 17 and 18, respectively. Chitika noticed a relatively sharp increase in the G3's presence on the Web, with spikes popping up on the days it reached Verizon and Sprint. After 20 days, the G3 accounted for 0.06% of North American Web traffic -- about three times as much as the Fire Phone.

Chitika pointed out that one factor in the Fire Phone's slow uptake is its limited availability. AT&T is the only carrier anywhere in the world selling the Fire Phone, whereas consumers can buy the G3 from four different US carriers. "While the Fire Phone’s features and brand are both new to the smartphone space, LG likely benefitted from the positive reputation it has built over the years releasing several well-received smartphone models, including last year’s G2," noted Chitika.

Examining sales trends last summer of the Motorola Droid makes the Fire Phone's debut seem less bleak. The Droid series (which comprises three phones: the Mini, Maxx, and Ultra) was sold exclusively by Verizon Wireless. The Droid series saw a similar adoption rate to the Fire Phone over its first 20 days of availability. "In this context, the somewhat mild adoption of the Fire Phone may be seen as an expected consequence given the smartphone’s carrier exclusivity," Chitika concluded. 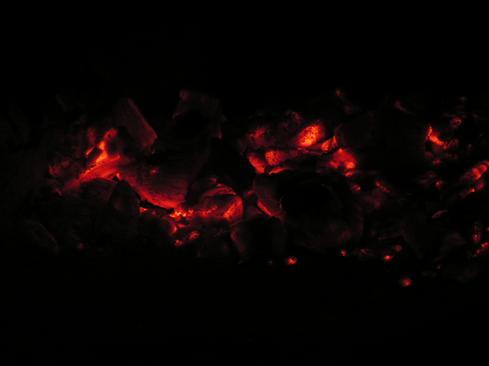 On the surface, Chitika's analysis seems reasonable. The more widely available a device is, the more likely it is to sell. By limiting the Fire Phone's initial availability to AT&T, Amazon may have unintentionally hindered sales (although it's possible that Sprint, T-Mobile, and Verizon Wireless may have refused to sell it).

Ahead of the Fire Phone's release, Amazon CEO Jeff Bezos said the company planned to be patient. Bezos didn't expect the Fire Phone to be a flash in the pan. Perhaps it's best to think of the Fire Phone as just an ember at this point: It's warm and has potential, but it needs more time to heat up before it truly catches fire.

Eric is a freelance writer for InformationWeek specializing in mobile technologies. View Full Bio
We welcome your comments on this topic on our social media channels, or [contact us directly] with questions about the site.
Comment  |
Email This  |
Print  |
RSS
More Insights
Webcasts
Building the SOC of the Future: Next-Generation Security Operations
ROI and Beyond for the Cloud
More Webcasts
White Papers
Two-Factor Evaluation Guide
The 2020 Duo Security Trusted Access Report
More White Papers
Reports
Are Unprotected Cloud Databases Leaking Your Data?
Annual Global State of the WAN
More Reports

@Shane I agree with you but best remedy is to wait and see. We have the exampl of samsung infront of us where once a market survivour comes out and became a market leader. We cannot out rightly discard any one.
Reply  |  Post Message  |  Messages List  |  Start a Board

@Thomas there are few who always learn the hard way and I think Amzon is going to fall in that category soon  :)
Reply  |  Post Message  |  Messages List  |  Start a Board

I agree.  I think if Amazon would be haven more serious in getting into the mobile market they would have release a technology to support their business just like their nook tablet series.
Reply  |  Post Message  |  Messages List  |  Start a Board

The attempt to set up limits to make something appear more exclusive doesn't always work the way one hopes. A case in point is Google+ which initially opened by invitation only. It still has not caught up to Facebook even after dropping the invitation idea. Yes, there are other reasons why people don't join the social network, especially if they were perfectly happy on FB, but I believe that trying the exclusive route really hurt its reach.
Reply  |  Post Message  |  Messages List  |  Start a Board

I don't see the Fire going beyond a niche audience. It's too gimicky. Can't help but think that Bezos & company took the smartphone market too lightly.
Reply  |  Post Message  |  Messages List  |  Start a Board