Its new product, Identity Management, was launched at a San Francisco event Monday and will be immediately available as a single sign-on system to control access to the VMware environment inside the perimeter and from a variety of mobile devices from outside of it.

Identity Management may be installed on-premises, but VMware officials believe at least some of its customers will want to take advantage of an identity-management-as-a-service based in its VMware Air public cloud. Either way, the product will be able to use an on-premises Active Directory system to establish end-user identities.

"The consumer mobility revolution has already happened, but the enterprise is stuck," said Sanjay Poonen, executive VP for end-user computing at VMware. Enterprises can't gain the full advantage of using mobile applications until they can provide security and identity management to roving employees. A combined identity and mobile device management approach will unlock the potentials of mobile application use, he said.

Identity Manager will also provide its adopters with an application store, where employees may shop and self-provision themselves with the software they need.

The transition to mobile applications is daunting, due to security concerns and the variety of devices, conceded VMware CEO Pat Gelsinger. "Our task is to make that transition easier," he told an assembly of media, VMware partners, and analysts Monday. Identity Management pricing starts at $150 per user per year. 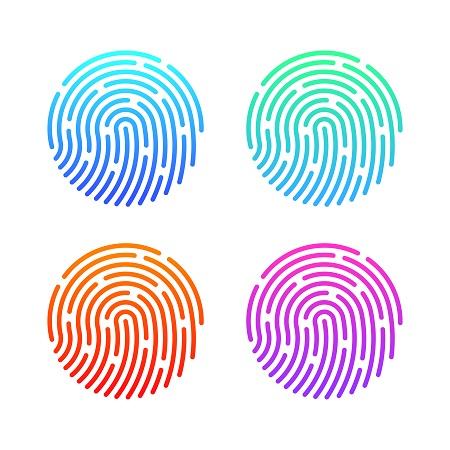 The new product can make the login process a one-touch experience for users on a mobile device, instead of requiring user names and passwords. For it to work, the device must be registered with the Identity Management system. It will work as a federated system, providing access across Windows and other client-server applications and legacy systems without repeat logins. VMware is trying to make identity management "Sesame Street simple," Poonen said.

Identity Management is integrated with VMware's AirWatch system. VMware acquired AirWatch in January 2014 for $1.56 billion. It paid a steep price for AirWatch's ability to provide a workspace on a variety of mobile devices and manage it from a central cloud platform. In effect, AirWatch allows VMware to extend its data center virtualization management position to mobile devices. Gartner ranked AirWatch the market leader for mobility management in its 2015 Magic Quadrant.

AirWatch provides a mobile application delivery platform that allows the user's presentation to be geared to a target device. It works with Apple iPhones and iPads, Android phones and tablets, Apple Macs, Windows Mobile items and Windows Phones, ChromeOS, and Blackberry devices.

Poonen made it clear at the event that VMware was investing further in support for Apple's iOS operating system. "In many ways, we'll follow a policy of iOS first," he noted. VMware recognizes that Apple leads in supplying enterprise mobile devices -- a situation that is a byproduct of its success as a consumer device supplier. VMware is now "following in the wake of the aircraft carrier called Apple," he said.

Mobility management so far has tended to be characterized as a belated IT effort to allow a bring-your-own-device mentality for younger employees, but at VMware's event, several VMware customers and partners said mobility's impact will extend far beyond young employee satisfaction.

"Business mobility will be a key driver of economic value for the next decade," Poonen said. In effect, businesses are behind in converting their customer interactions into mobile applications, and they will need an integrated platform on which to catch up, he claimed.

Dan Levin, COO of Box, said his firm offers a shared content solution, but it needs to be "part of a broader set of tools. We need to be part of an ecosystem." Box was one of 15 firms announcing support for Application Configuration for the Enterprise (ACE), a standard backed by VMware, Cisco, Salesforce, Box, and Workday. The standard specifies a way to deploy public-facing applications with security policies, access controls, and single sign-on, among other things.

Charles Babcock is an editor-at-large for InformationWeek and author of Management Strategies for the Cloud Revolution, a McGraw-Hill book. He is the former editor-in-chief of Digital News, former software editor of Computerworld and former technology editor of Interactive ... View Full Bio
We welcome your comments on this topic on our social media channels, or [contact us directly] with questions about the site.
Comment  |
Email This  |
Print  |
RSS
More Insights
Webcasts
Automating Security Functions in Your Enterprise
Cyber Attackers' Favorite Exploits - And How To Stop Them
More Webcasts
White Papers
[Forrester Research] The State of Data Security & Privacy
2020 SANS Cyber Threat Intelligence
More White Papers
Reports
IT Automation Transforms Network Management
The Definitive Guide to Managed Detection and Response (MDR)
More Reports

In my opinion identity management is a good concept. This will avoid the hassle of remembering the user names and passwords.
Reply  |  Post Message  |  Messages List  |  Start a Board

This  binds a new area of opeations into the VMware virtualized data center via mobile user management. It's also one of the few ways to get single sign-on for employees, regardless of where their workday takes them. The integration factor -- virtualized workspaces, identity managmenet, mobile device management -- is going to overcome some of the resistance to expanding the VMware franchise.