50%
Tweet
Offering ads, analytics, and authentication, Fabric aspires to be the backend platform for mobile apps.

Facebook's bid to own mobile backend services arrived in the form of Parse, in conjunction with the company's advertising services. And just as Parse consists of distinct components that handle data storage, push notifications, and app analytics, Twitter's Fabric software developers kit comprises three Twitter services: the Twitter Kit, the MoPub Kit, and the Crashlytics Kit.

"The Fabric platform is made of three modular kits that address some of the most common and pervasive challenges that all app developers face: stability, distribution, revenue and identity," said Jeff Seibert, who oversees mobile platforms for Twitter, in a blog post.

The Twitter Kit allows developers to integrate apps with the social network, to post tweets to timelines, to log in using Twitter, and to embed tweets in app content. The Crashlytics Kit makes mobile analytics, crash reporting, and app beta distribution available to developers. The MoPub Kit offers access to the MoPub mobile advertising platform, so developers can integrate ads into their mobile apps.

At Facebook's F8 conference in April, CEO Mark Zuckerberg said, "Our goal with Facebook is to build the cross-platform platform." He could just as easily have been speaking at Twitter's developer conference. That's Twitter's goal, too.

Neither company controls an operating system or proprietary hardware, the assets that define the platforms controlled by Apple, Google, and Microsoft. Having weighed their chances of matching what Amazon did by forking Android into FireOS and having recognized the difficulties of doing so, both Facebook and Twitter are aiming to control the cloud services upon which sophisticated mobile apps depend. 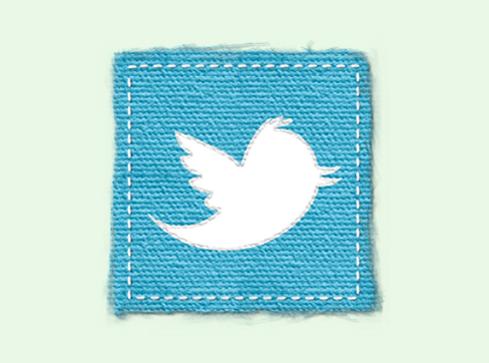 It's a risky gambit because Apple, Google, and Microsoft could build (and, in some cases, have already) these services themselves and tune their platforms to favor their own products. Building upon another company's platform buys convenience and access, but if the platform owner begins to covet the revenue streams of its tenants, the cost can be eviction.

That's a cost developers know all too well: In 2012, concerned about losing control of its platform, Twitter altered the terms of service under which it offered access to its data. The company wanted to limit certain uses of its data that it deemed undesirable. But in so doing, it alienated many developers, and that rancor remains evident in comments appended to coverage of the announcement.

Fabric could thrive if it fulfills its promise of helping developers make money, but that's a tall order. Very few apps prove profitable for their developers, a sorry state of affairs addressed by several developers over the summer. According to Gartner VP Ken Dulaney, things will only get worse. He predicts that by 2018, less than 0.01% of consumer mobile apps will be considered a financial success by their developers.

What's more, successful developers tend to be aware of the risks inherent in integrating into their apps any third-party service that isn't based on open-source software. Cloud services can provide real benefits, but they might also lead to lock-in and dependence.

Twitter is making Fabric available to those attending Flight, its mobile developer conference; expanded access is expected in several weeks.

Thomas Claburn has been writing about business and technology since 1996, for publications such as New Architect, PC Computing, InformationWeek, Salon, Wired, and Ziff Davis Smart Business. Before that, he worked in film and television, having earned a not particularly useful ... View Full Bio
We welcome your comments on this topic on our social media channels, or [contact us directly] with questions about the site.
Comment  |
Email This  |
Print  |
RSS
More Insights
Webcasts
Building and Refining Threat Hunting Practices in Your Enterprise
Enterprise Database Strategies for 2020
More Webcasts
White Papers
[Forrester Research] The State of Data Security & Privacy
[Cybersecurity] 6 Misconceptions About Collective Defense
More White Papers
Reports
The State of IT Operations and Cybersecurity Operations 2020
Annual Threat Intelligence Report: Perspectives and Predictions
More Reports