Following an FCC inquiry, T-Mobile plans to be more transparent about how it alters the way its network appears in certain speed tests.

T-Mobile bills itself as the "uncarrier," and claims that "other wireless carriers just can't let go of their lame rules."

But according to the Federal Communications Commision, T-Mobile has been unclear about the way it allows its network speed to be measured.

The FCC on Monday said that T-Mobile has agreed to make sure that customers using its network receive accurate disclosures about the way speed testing applications assess its network.

FCC Chairman Tom Wheeler, at the center of the agency's contentious net neutrality rulemaking, characterized the deal as part of the agency's commitment to broadband provider transparency. "Consumers need this information to fully understand what they are getting with their broadband service," he said in a statement.

[Will the FAA require drone operators to be licensed? Read Drones Fitted For Regulatory Collar.]

Since June, T-Mobile has misled consumers by making certain speed tests inaccurate. The carrier provides various data plans that include a set amount of high-speed 4G LTE data. If customers use their allotment of high-speed data, their network speed for the remainder of the billing cycle gets reduced, to 2G speeds -- 128 kbps or 64 kbps, as specified in the service plan.

Yet if customers who have been routed to the slow lane test their network speeds using crowdsourced speed tests such as Ookla or the FCC's own Speed Test app, the tests show results from T-Mobile's fast lane. 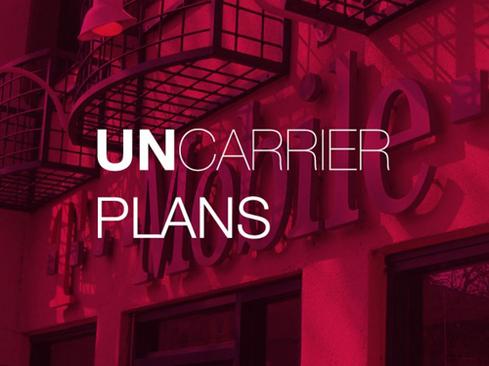 Advocacy group Public Knowledge sent a letter to T-Mobile in August stating its intent to file a complaint with the FCC regarding "T-Mobile’s decision to exempt speed testing services from its practice of throttling the connections of subscribers who exceed their data cap."

In a letter to Chairman Wheeler, Andrew W. Levin, T-Mobile's SVP of government affairs, explains that the company makes its network appear fast all the time because allowing measurements of its network when customers have exceeded their 4G data allotment could present inaccurate information to those trying to compare network speeds at different mobile carriers and could help its competitors.

"Specifically, including information from data run at intentionally limited speeds would provide an inaccurate picture of network performance -- it would suggest that T-Mobile's network was only capable of running at 2G speeds for those customers at the time the test was conducted, rather than indicating that the user was choosing to rely on unlimited 2G speeds rather than purchasing additional 4G LTE data," Levin wrote.

Levin argues that allowing its speed test results to be dragged down by the inclusion of 2G speeds would punish T-Mobile for offering an alternative to what its competitors do -- cutting off customers who exceed their data allotments or charging them extra.

A company spokesperson was unable to provide information about the number of days during any given billing cycle that the average T-Mobile customer experiences 2G speeds.

As a result of its agreement with the FTC, T-Mobile will notify its customers that it is presenting a selective view of its network speed in its data plan overage messages.

Thomas Claburn has been writing about business and technology since 1996, for publications such as New Architect, PC Computing, InformationWeek, Salon, Wired, and Ziff Davis Smart Business. Before that, he worked in film and television, having earned a not particularly useful ... View Full Bio
We welcome your comments on this topic on our social media channels, or [contact us directly] with questions about the site.
Comment  |
Email This  |
Print  |
RSS
More Insights
Webcasts
Key technology trends in 2021 - Making these technologies work for your business
Optimizing App Performance in the Cloud
More Webcasts
White Papers
Sunburst: Impact and Timeline
Enabling Enterprise Resiliency Through Cyberthreat Detection
More White Papers
Reports
Assessing Cybersecurity Risk in Todays Enterprises
The State of Cloud Computing - Fall 2020
More Reports


@Whoopty     I think I knew of this as a customer, and I am relatively certain my account is affected.  I just don't have the energy to start looking for another carrier now.   I would think most have some variation of T-Mobile's tactics.


"...T-Mobile's decision to exempt speed testing services from its practice of throttling the connections of subscribers who exceed their data cap."

As a customer of T-Mobile,  I guess I am not surprised by these findings.  It has been clear for a long time that one has to trust the convoluted speed arrangement from carriers.


I really only use my phone for text and the occasional call.   But I do surf occasionally as well - if speeds are noticeable slower once I have passed my limit which is exzactly what this blog seems to saying, I will probably have to start thinking about another carrier.

Once Wheeler & the FTC hands over the internet to the carriers and they install fast lanes and dirt ditches, all bets will be off with regard to network speed.  Unless you cough up the jack, that is, to have your content moved forward instead of shoved back into digital Siberia.
Reply  |  Post Message  |  Messages List  |  Start a Board

"Specifically, including information from data run at intentionally limited speeds would provide an inaccurate picture of network performance -- it would suggest that T-Mobile's network was only capable of running at 2G speeds for those customers at the time the test was conducted...." This is laughable. If T-Mobile doesn't want to be seen as incapable of sustaining high speed why not leave the speeds at their higher level.
Reply  |  Post Message  |  Messages List  |  Start a Board

This sounds like a case of just making T-Mobile increase the size of its small print a bit. The 4G speeds should still be quoted at their best, just like the other providers do, but if 2G takes over in some instances, that needs to be obvious to those considering packages.

Just give people the information and let them make the decision, don't cripple T-Mobile's perception just to cover the bases.
Reply  |  Post Message  |  Messages List  |  Start a Board

So T-mobile is agreeing to let you know you are being misled but not to know what your real speeds are, especially if you've gone over your data limit? Not a particularly smooth move there. How common is  switching to slower bandwidths after you've hit your data limit? Do other carriers do the same thing? And how do they report their speeds?
Reply  |  Post Message  |  Messages List  |  Start a Board

Well, not me, because I'm not a T-Mobile customer. But I think that anyone who feels that he or she was mislead should be able to end their contract without paying the termination fee.
Reply  |  Post Message  |  Messages List  |  Start a Board
Editors' Choice
Hot Topics