Fingerprint scanners are still recent additions to smartphones and other mobile devices. Synaptics wants to raise the bar for security.

Synaptics, a developer of touch, display, and biometrics products, is claiming a world first with the release of a hardware-encapsulated fingerprint sensor and matching solution which it calls Match-in-Sensor.

The company argues other architectures -- Synaptics' uses a System-on-a-Chip (SoC) -- are less secure because fingerprint data can be communicated with the host processor, which opens up opportunities for hardware attacks and system malware.

With the Synaptics solution, authentication is completely isolated from the host operating system.

"With the proliferation of mobile payments, security on mobile devices has taken on a much more significant meaning," Les Santiago, research director for IT analytics firm IDC, said in a statement. "Synaptics' Match-in-Sensor raises the bar on security by ensuring that your biometric information never leaves the sensor compared to Match-on-Host or Match-on-Host-Trusted Zone solutions. This is especially useful if the host system is compromised by malware or a virus." 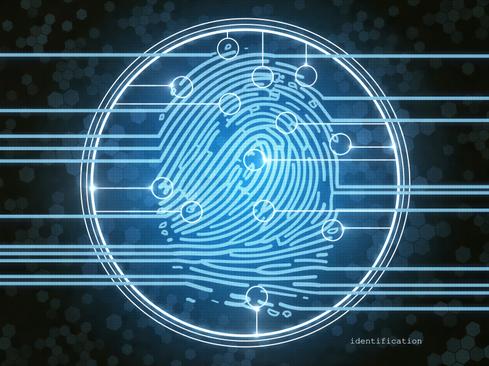 The Natural ID solution offers advanced capacitive imaging technology and sophisticated digital image processing to deliver high-quality images for fingerprint security, and is designed to enable greater flexibility in the size and shape of the fingerprint sensing module.

In addition to integration into smartphones, tablets, and other mobile devices, the Natural ID solution can also be adapted to notebooks and PCs.

[ Is there such a thing as too much security? Encryption Hinders Investigations: FBI Chief ]

Perceptions concerning the effectiveness of biometrics features like fingerprint scanners for smartphone protection are split in the US. While more than one third (38%) feel that the use of biometrics on smartphones strengthens cyber-security, one quarter (25%) are skeptical.

Those were the findings of an online survey of 1,016 consumers conducted by Unisys Corporation in partnership with Lieberman Research Group.

The survey also found among demographic profiles, the possibility of using biometrics to increase smartphone security is significantly higher among men.

While still a relative nascent technology for consumer devices, Apple's inclusion of a fingerprint scanner on its ubiquitous iPhone smartphone and iPad tablet, which it calls Touch ID, has done much to bring the technology into the mainstream.

Most of the major players in the smartphone space currently offer a device with fingerprint scanning technology, including Motorola, HTC, Huawei, and Samsung.

Nathan Eddy is a freelance writer for InformationWeek. He has written for Popular Mechanics, Sales & Marketing Management Magazine, FierceMarkets, and CRN, among others. In 2012 he made his first documentary film, The Absent Column. He currently lives in Berlin. View Full Bio
We welcome your comments on this topic on our social media channels, or [contact us directly] with questions about the site.
Comment  |
Email This  |
Print  |
RSS
More Insights
Webcasts
The Experts Guide to Ransomware Response
Multi-Cloud Data Management for Modern Applications
More Webcasts
White Papers
Protection Strategies for a Cyber-Resilient Organization
Enabling Enterprise Resiliency Through Cyberthreat Detection
More White Papers
Reports
Are We Cyber-Resilient? The Key Question Every Organization Must Answer
A Decade of Passive DNS
More Reports