Microsoft is borrowing a tactic from Apple's playbook and will be responsible for delivering system updates to Windows 10 mobile smartphones.

Score one for the users. Microsoft said it will push all OS-level updates for Windows 10 Mobile directly to end-user smartphones. This is a major shift in strategy that will be a boon for consumers more so than anyone else.

The change mirrors Microsoft's Windows 10 patch plans for the desktop. Rather than wait and deliver updates in bulk, Microsoft plans to push updates – mostly for security and performance reasons – whenever needed. The company thinks this will be a better approach than its Patch Tuesdays, and can help keep its varied platforms safer and more functional.

This change may be more critical for desktop PCs, but it is a welcome and important shift for Microsoft's smartphone business.

With Windows Phone 8.1 and earlier, Microsoft relied on its handset and carrier partners to distribute system-level updates. This is the worst-possible scenario for consumers, who often had to wait months after Microsoft released updates to see the new code reach their phones. Many devices with older versions numbers, such as Windows Phone 7.1 and 7.5 couldn't be updated to Windows 8 at all, and not all Windows 8 handset have been updated to Windows 8.1.

That changes with Windows 10 Mobile.

Microsoft said it – and not its handset and carrier partners – will be in charge of pushing system updates to Windows 10 Mobile handsets. This means faster updates for end users, with faster access to security and bug fixes, as well as new features that may be added to the platform over time. 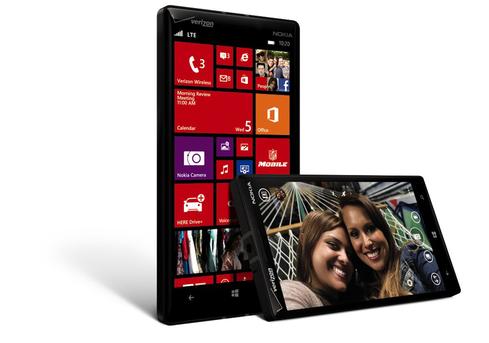 Look for updates from Microsoft from now on. (Image: Microsoft)

Microsoft's new update strategy is like that of Apple.

Apple has always distributed new versions of iOS, maintaining strict control. Apple's carrier partners have no say in the matter. This is why iOS generally enjoys solid update acceptance rates. iOS 8.x, for example, has surpassed 80%, while just 10% of Android users are on the latest code.

Google, for its part, does rely on its handset and carrier partners to push updates.

This means most consumers wait as long as six months to see the latest version of Android reach their phone – and sometimes the latest version never arrives at all. The process requires handset makers to pull the update from Google, create an entirely new build for a given handset (and any variants of that handset), submit the update to the carrier, and go back-and-forth until the code is clean. The result is a phenomenon called fragmentation, meaning many different versions of Android are in active use across myriad form factors.

Microsoft is looking to avoid this moving forward, as well as provide a more visible upgrade path for its potential customers.

If you're using an older version of Microsoft (i.e., 8.1 or earlier), the quickest way to get the new code is to join the Windows Insider program (for free) and update on your own.

In the end, this is very good news for Microsoft's smartphone customers.

Eric is a freelance writer for InformationWeek specializing in mobile technologies. View Full Bio
We welcome your comments on this topic on our social media channels, or [contact us directly] with questions about the site.
Comment  |
Email This  |
Print  |
RSS
More Insights
Webcasts
Optimizing App Performance in the Cloud
Cybersecurity's Next Wave: What You Should Know
More Webcasts
White Papers
Why Add Security to Your Skill Set and How to Do It
Data Orchestration: Critical Elements for Data Strategy and Infrastructure
More White Papers
Reports
The Malware Threat Landscape
Special Report: Edge Computing: An IT Platform for the New Enterprise
More Reports