Microsoft reported a dip in net income, but saw revenues rise during its second fiscal quarter. Its Windows business sagged a bit, but shipments of XBox gaming consoles, Windows Phone devices, and Surface tablets helped to somewhat offset those losses. While the company's earnings provide a snapshot of Microsoft's health, factors outside the company offer a more worrisome outlook.

Microsoft's Windows business saw a 13% drop in revenue for the quarter on weak sales of Windows PCs and tablets. Price cuts for the Xbox One also contributed to Microsoft's drop in revenue, even though shipments were up significantly. Microsoft dropped the price from $499 to $399 ahead of the holidays by unbundling the Xbox Connect. It later dropped the price further to $349. The drops helped the company beat Sony's PlayStation 4 during November and December in terms of total units shipped.

Sales of the Surface Pro 3 tablet were one of the bright spots in Microsoft's earnings. Revenues for the laptop/tablet hybrid swelled 24% quarter-over-quarter to $1.1 billion.

Windows Phone showed signs of life during the holiday quarter. Shipments improved from 9.2 million devices during Microsoft's first fiscal quarter to 10.5 million during the quarter ending Dec. 31. Microsoft said most of the increases were due to demand for its low-cost devices. This improvement belies Windows Phone's slipping marketshare around the world. In the US, Windows Phone constitutes just 3% of the market, down from 5% a year ago. Windows Phone is falling out of favor in Europe, too, where it has seen a regional drop of about 5% over the last year (share varies by market).

Windows Phone continues to face a murky future. While Microsoft showed off aspects of its mobile user interface on Jan. 21, the company didn't address one of the biggest problems: apps. Microsoft said developers should wait for its Build conference (April 29-May 1) to learn about writing apps for Windows 10. About 400,000 apps populate the Windows Phone Store now, which is approximately one-third the number of apps offered to Android and iOS owners. 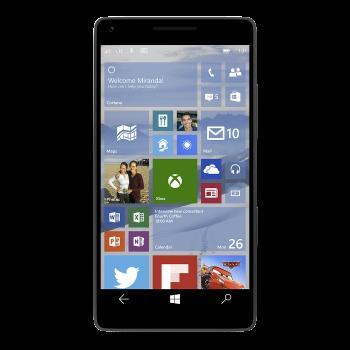 Perhaps most telling is the complete abandonment of the platform by some companies. Chase this week, for example, pulled its mobile application from the Windows Phone Store. People who've already downloaded the app will be able to use it until March 22, after which it will no longer function. Chase made the decision due to what it called a "lack of users" for the app. JPMorgan Chase is the largest bank in the US. That says something. Repeat this scenario ad nauseam and you get the picture.

Microsoft is enjoying some well-deserved momentum coming off its Jan. 21 Windows 10 event, but it has to deliver the goods. Microsoft's Build conference can't come soon enough for Windows Phone.

Eric is a freelance writer for InformationWeek specializing in mobile technologies. View Full Bio
We welcome your comments on this topic on our social media channels, or [contact us directly] with questions about the site.
Comment  |
Email This  |
Print  |
RSS
More Insights
Webcasts
Detecting and Preventing Insider Data Leaks
Nip Ransomware in the FUD: Detecting Attacks Pre-Encryption
More Webcasts
White Papers
Sunburst: Impact and Timeline
Protection Strategies for a Cyber-Resilient Organization
More White Papers
Reports
Are We Cyber-Resilient? The Key Question Every Organization Must Answer
Special Report: Edge Computing: An IT Platform for the New Enterprise
More Reports

It is time to look at what they did to get the Xbox off the ground. Some of the best Xbox games were, and continue to be from Microsoft itself or by people Microsoft has contracted. They need a mobile apps studio and they need to make the best productivity and entertainment apps for the phone possible. They need mobile versions of their exclusive games, and they need to make sure they have a core of apps that no one can top.
Reply  |  Post Message  |  Messages List  |  Start a Board

"They need mobile versions of their exclusive games, and they need to make sure they have a core of apps that no one can top."

@David: I think that does sound like a valid suggestion and something they should look to consider. Xbox, luckily, is one platform where MS is doing well and they need to leverage it to revive other platforms like the Windows Mobile. Let's see if they really go for this approach now.
Reply  |  Post Message  |  Messages List  |  Start a Board

It is really painful for a phone user when his favorite apps such as Facebook and Twitter are not being updated as often as other mobile users. Its even worse when you are anxiously waiting for an update of a new cool feature and all you can do is wait. Same is the case with Windows phone app market which doesn't excite me to buy a Windows phone.
Reply  |  Post Message  |  Messages List  |  Start a Board

Windows OS phone sales are down but MS wants developers to wait for an official seminar in April?  Evidently, MS has never heard of the you snooze you lose concept.
Reply  |  Post Message  |  Messages List  |  Start a Board

"Chase made the decision due to what it called a "lack of users" for the app. JPMorgan Chase is the largest bank in the US. That says something. Repeat this scenario ad nauseam and you get the picture."

@David: I think that pretty much sums up the whole scenario and the problem that MS is facing. It isn't the lack of technology which is hurting them. It's only the fact that they haven't been able to build a strong user base to support the app store. What they need is more focus on how to attract users to the platform. Incentivizing the users and offering them something unique and worthwhile is the key here.
Reply  |  Post Message  |  Messages List  |  Start a Board


I guess this is what happens when you see a market, have no expertise in it but have enough money to buy into it.   Thus the Window Phone was born.


What a waste of time and effort.  They could have used those resources on upgrading Windows 7.  Sorry Winows 8 is not an upgrade.


And yes I use Android.


"...Chase this week, for example, pulled its mobile application from the Windows Phone Store."

You have to be really bad to be rejected by Chase.  For a company that holds questionable technolgical knowledge, the is the ultimate slap.


If MS really had any guts, they would close their Chase accounts.


While losing Chase was a strong blow to MS's goal of 20% mobile market share.   There are still many companies that will want the exposure where ever they can get it - yet MS should probably take a page out of Google's playbook and pull the plug on this loosing effort.