Will the much-anticipated productivity suite, expected to be revealed Thursday, be a hit with customers? Watch these five factors.
Windows 8.1 Update 1: 10 Key Changes
(Click image for larger view and slideshow.)

Microsoft CEO Satya Nadella on Thursday will deliver his first press presentation since taking the company reins. Officially, Microsoft has said only that the event will be "related to the intersection of cloud and mobile," but a variety of sources have claimed, citing anonymous insiders, that a native version of Office for iPads will finally debut.

By finally opening the world's most popular productivity suite to the world's most popular tablet, Microsoft likely stands to make billions. But given the company's size, resources, and industry stature, huge Office revenue streams are par for the course. Microsoft's greatest challenge isn't making money, but rather positioning Office to be as dominant in today's consumerized mobile landscape as it was during the PC's heyday.

[How big are iPads in the workplace? Read iPad Dominates Enterprise Tablet Market.]

What does Microsoft need to bring to the tablet to make Office for iPad a smash? Assuming the much-anticipated productivity suite appears this Thursday as expected, here are five things to watch.

1. Will Office for iPad be more than an oversized version of Office Mobile?

At least one report claims Office for iPads will resemble Office Mobile, which comes pre-installed on Windows Phone devices but requires an Office 365 subscription for full access on iPhones and Android handsets. The iPad is a superlative consumption device that can also handle light content creation, which puts pressure on Microsoft to find the right blend between Office's historical feature richness and iOS's intuitive, simple user experience. Office Mobile certainly hasn't hurt Office 365 sign-ups, which continue to grow among both businesses and consumers. But the lightweight mobile apps haven't driven growth so much as enhanced the larger Office 365 package, making it unclear whether Office for iPads will be a disruptive force, or merely an extension of ongoing momentum.

2. Will Office for iPad be available without an Office 365 subscription?

Earlier this month, Microsoft announced Office 365 Personal, an individual-oriented package that will provide full Office access on one PC and one tablet for $6.99 per month or $69.99 annually. Many perceived the upcoming subscription service as evidence that a native version of Office for iPads was imminent. As part of Office 365, Office for iPads will generate billions from corporate uptake alone; iPads are ubiquitous in the enterprise and many businesses are already embracing to Office 365, so Office for iPads can only sweeten what has already proved a tempting offer. But consumers have arguably driven iPad popularity more than businesses, and it's not clear how many average tablet users will sign up for individual Office 365 accounts. Will Microsoft also offer standalone versions of iPad Office apps? Will the apps include limited functionality, such as document review, for free? Given that Microsoft feels Office must become more social and collaborative, could standalone apps provide enough value, or will users need the cloud to enjoy the biggest benefits? 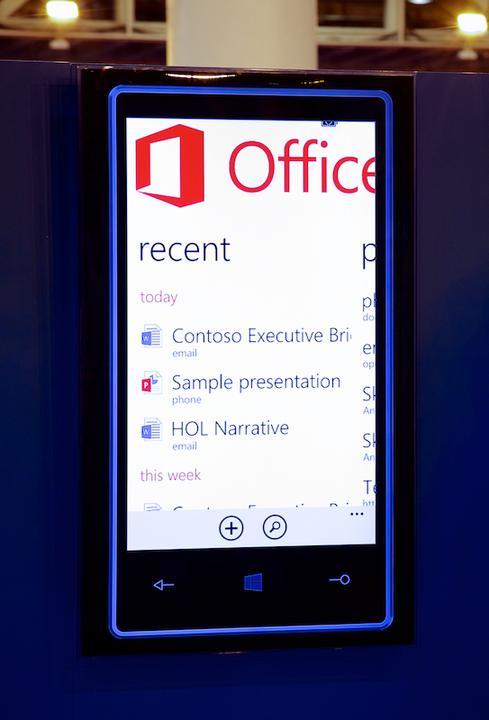 Will Office for iPads be more than a larger version of Office Mobile?

There are ostensibly two reasons Microsoft has taken this long to release Office for iPads: it's likely taken a lot of time and effort to translate the applications to a touch-first interface; and by limiting native Office access to Windows tablets, Microsoft hoped to secure an advantage over its mobile rivals.

But as Microsoft has dragged its feet, tablet users have grown accustomed to a variety of free alternatives. Given that tablet productivity is unlikely to fully replace mouse-and-keyboard productivity in the first place, it's unclear

People need to keep in mind that every device has its sweet spot.  I agree tablets are "superlative consumption devices."  But even in their own words, can do some "light content creation."  Some industries, legal specifically, think the tablet is magical and want to replace the desktops and laptops with tablets.  That's only going to happen if you retired and simply reading the company newsletter.
Reply  |  Post Message  |  Messages List  |  Start a Board

Interesting answers-- thanks for providing your take!

I found the actual product to be richer in functionality than I'd expected. I wouldn't say "No" to "Is it more than an oversized version of Office Mobile?" That's not to say it's so amazing that everyone will rush out and buy it, but at first brush, it looks more useful than I'd anticipated. I'd been suspicious Microsoft might hang its hat on document fidelity and cut corners here and there, but the company seems serious about delivering a quality iPad experience, and about cross-platform opportunities in general.

Here are my answers:

5.      Nadella asserting authority? Yes, but not because he released Office for iPad. True, he could have held up the release, but the gears were clearly in motion before he took the job. Still, Nadella spoke forcefully, confidently and (at least relative to most Microsoft press conferences) transparently. Also, I found it interesting that he just informally walked onto the stage and started talking-- no introduction or build up or anything. Usually there's more ceremony at the start of these things. I sort of liked the lack of pretense Nadella projected by just wandering out and beginning to talk.

"Will Office for iPad be more than an oversized version of Office Mobile?"

"Will Office for iPad be available without an Office 365 subscription?"

Doubtable. Lack of real storage on mobile devices suggests Office for iPad will just replace Office Mobile -- which is, essentialy, just an iOS-compatible front end for Office 365 anyhow -- with more internal controls and, hopefully more applications than just Excel, Word and read/edit-only Powerpoint; all cloud-driven with cloud storage under cloud control (eg, Microsoft E.M.S.) ... in other words: Office 365 for iOS. It will be interesting to see if M$ supports this any better than they did Office for Mac. Welcome to the world of Millennials ... own nothing, rent everything.
Reply  |  Post Message  |  Messages List  |  Start a Board

Office for iPad will definitely bring productivity benefits to end users. However, it will be at the cost of security. It will be IT's headache to manage users and the content with the release of Office for iPad. A user can now open a secure document using MS Office with no secure return path. After opening the document, the user can then save it anywhere in the device or to any consumer grade public cloud storage (including One Drive) leading to data leaks.

If the Office on iPad announcement goes down today, there's no question it's Nadella asserting himself. He's making a decision fairly quickly that Ballmer just wouldn't touch. It shows he's not a slave to the status quo. On top of that, it's the right thing to do. After Windows 8 failed to compete on tablets, it's been clear Microsoft can't rely on the Windows ecosystem anymore. If Surface devices were a blockbuster, this conversation wouldn't be happening. But alas, it's time for something new.

I'll be curious to see how far Nadella is willing to drift off from planet Windows. How soon before we see Office on Android, Windows-Android dual-boot devices and Nokia phones running Android?

Also we can't ignore the negative effects this will have on Surface sales -- a door may open but a few windows will shut (pun very much intended). Add to that the fact that Microsoft is changing the name of its cloud OS from Windows Azure to Microsoft Azure and you have to wonder:

These are all great questions. The one that strikes me as possibly easiest to answer is whether or not this is coming too late. No, it's not. Yes, there are a lot of alternatives out there, but all of require extra steps and work-arounds if your company environment is Windows / Office centric. If Office for the iPad has the necessary features and creates a seamless experience to edit files between the desktop and the mobile, it will be adopted.
Reply  |  Post Message  |  Messages List  |  Start a Board
Editors' Choice
Hot Topics