Yahoo is reborn. At CES 2014, CEO Marissa Mayer announced acquisitions and initiatives designed to further the turnaround she began after being appointed to lead the company in July 2012.

Mayer had plenty of star power to attract attention to her initiatives. She was joined by journalists Katie Couric and David Pogue; both recently left jobs in traditional media to help Mayer remake Yahoo as a web and mobile media company. Singer John Legend and cast members from "Saturday Night Live" also appeared.

Mayer made it clear that Yahoo is focused on mobile at least as much as the web, its traditional strength. She announced the acquisition of Aviate, a company that makes a homescreen launcher app for Android devices. Just as Yahoo curates web content, Aviate curates apps -- evidently smartphones now have so many apps that Yahoo believes it can add value through presentation and organization.

No financial terms were disclosed, but investors appear to have already made up their minds about Mayer's ability to revitalize Yahoo: Its stock now sells for about $40 per share, up from $15 per share when Mayer took over.

[On the other hand, this: Yahoo Ads Hack Spreads Malware.]

The app, available for iPhone and iPod Touch, breaks content in "Atoms" and combines them, so that a text summary of an article might be accompanied by a map, infographic, or information extracted from another source. It presents its news summaries, created algorithmically and editorially, twice daily. While Yahoo News Digest won't do much for literacy, its mobile-friendly news morsels should be appreciated by those whose appetite for information is sated with a headline. 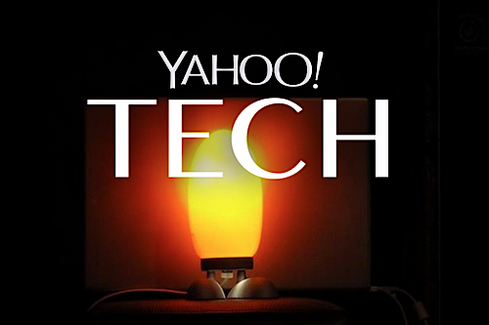 Mike Kerns, senior VP of homepages and verticals at Yahoo, described the web publications in a blog post as an effort to "marry the elegant design and bold imagery of traditional magazines with immersive bite-sized stories, engaging videos, and stunning photos curated from Flickr and across the web."

The two websites lack traditional banner ads. Instead, they contain what Kerns called "native advertising -- that is, articles, videos, and tips that are just as engaging as the stories around them." They are, he said, clearly marked as "sponsored stories," a term Facebook pioneered as a euphemism for "ads."

The two sites are designed so that users never have to leave them. Clicking on a story tile expands the article, which collapses when another tile is clicked. Kerns made a virtue out of this nonstandard navigation paradigm by noting that users don't have to deal with browser tabs, multiple windows, or the "back" button.

Finally, the company introduced Yahoo Smart TV, a revision of the Yahoo Connected TV platform. The service is available on certain Samsung and Vizio TVs.

Going broad is a bad idea in tech media and Yahoo Tech's "tech site for normal people" strategy is about as broad as it gets. Problem is, most "normal" people aren't interested enough in tech to read a tech news site regularly and passionately. The other problem is that when you really dig into the Yahoo Tech's content, it's still a site for tech enthusiasts and not that different from The Verge or Engadget, which it scorns for being too geeky. The whole "normal people" premise does not hold water.
Reply  |  Post Message  |  Messages List  |  Start a Board

Ryan Block, former Engadget editor, posted a tongue-in-cheek tweet that aptly summarized the problem with Yahoo Tech: "In other news, my next startup is going to be a sports site for people who don't care about sports. It's going to be incredible"
Reply  |  Post Message  |  Messages List  |  Start a Board
InformationWeek Is Getting an Upgrade!