LinkedIn's plans to acquire an online learning site give it an advantage in a burgeoning e-learning market.

With its acquisition of online learning site Lynda.com, LinkedIn will have a hand in creating opportunities among professionals who are interested in acquiring new skills.

The insight it gains into people's training will make LinkedIn more valuable to companies as a way to assess potential hires. And it will become more valuable for technically oriented professionals who wish to market themselves to potential employers.

The acquisition looks to be well-timed, given that e-learning has attracted several billion in venture capital over the past five years and that many VCs believe the education market is ripe for disruption.

LinkedIn said on Thursday that it has agreed to acquire Lynda.com for $1.5 billion in cash and stock. Jeff Weiner, CEO of LinkedIn, said in a statement that the missions of the two companies are closely aligned. LinkedIn, the leading professional social network, has around 350 million members, who use the site for group-based interaction, professional networking, and job searches. Lynda.com offers online training for job-related skills.

"Skills is one of the final pieces of the puzzle," Weiner explained in a video about the deal. "It's not enough to standardize the data around the skills required to obtain a role. It's also important that we can actually help people obtain those skills themselves." 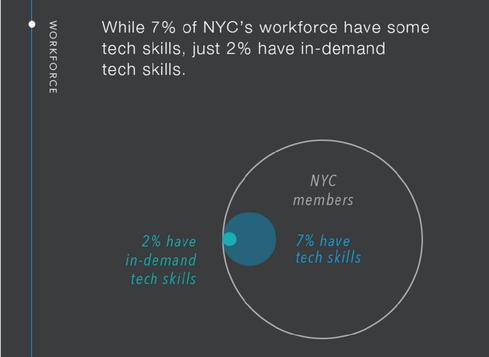 LinkedIn demonstrated its interest in capturing skill data in 2013, when it partnered with Coursera, EdX, lynda.com, Pearson, Skillsoft, Udacity, and Udemy to display course completion certificates in LinkedIn profiles.

In a blog post, Weiner described LinkedIn's fundamental value proposition as connecting people and opportunity. Key to Weiner's vision of connection is what he called the Economic Graph, which is really just a way of describing relationships among data sets. Just as Facebook's Social Graph represents the way that its users are connected, LinkedIn wants to create an Economic Graph that connects employers, employees, skills, and opportunities.

LinkedIn began rolling out the infrastructure to support its Economic Graph last year when it introduced its Galene search architecture to overcome the limitations of Lucene-based system. Among other things, the architectural change allowed LinkedIn to provide Instant Member Search beyond second-degree connections, with improved relevance, at twice the speed.

Galene will allow searches where the search terms are not present in the entities searched, but may exist at the edges of the Economic Graph. An example of this sort of search could be something like, "Data science jobs in New York in companies where my connections have worked," suggested LinkedIn engineer Sriram Sankar in a blog post last year.

Thomas Claburn has been writing about business and technology since 1996, for publications such as New Architect, PC Computing, InformationWeek, Salon, Wired, and Ziff Davis Smart Business. Before that, he worked in film and television, having earned a not particularly useful ... View Full Bio
We welcome your comments on this topic on our social media channels, or [contact us directly] with questions about the site.
Comment  |
Email This  |
Print  |
RSS
More Insights
Webcasts
Protecting Your Enterprise's Intellectual Property
How Elite Analyst Teams are Transforming Security with Cyber Reconnaissance
More Webcasts
White Papers
SANS 2021 Cyber Threat Intelligence Survey
Five Reasons to Protect your VPN with Multi-Factor Authentication
More White Papers
Reports
Special Report: Edge Computing: An IT Platform for the New Enterprise
2020 State of DevOps Report
More Reports

This could be a compelling way for people to renew their skill base. Whenever you look for a new job you find something 'new' you should have learned. If you didn't pick it up on the job, now there is a resource tied to LinkedIn that can update your resume. smart move for LinkedIn. I'll have to check out what's is being offered.
Reply  |  Post Message  |  Messages List  |  Start a Board

I like Lynda. I think it is a wonderful service. I really hope this doesn't change as Linkedln.  My only concern is that if the courses what one do on sites such as lynda or such sites as Udemi are counted as training that one can transfer to companies, something that doesn't happen at this time. I think w3school offer paid certification but I do not know how many companies supported it, the way Cisco or Microsoft certifications do.
Reply  |  Post Message  |  Messages List  |  Start a Board

I think it makes sense for a simple reason: People pay for education. Social networks need services people will pay for.
Reply  |  Post Message  |  Messages List  |  Start a Board

If LinkedIn does move on this, who's to say if the education that is provided will be accredited or deemed valuable by hiring companies? Will this education replace traditional universities? Who oversees the curiculum? Frankly I would like to see the university system challenged as most Bachelor's degrees can be completed in two years. There is no reason to have so many extra courses bundled into that degree.
Reply  |  Post Message  |  Messages List  |  Start a Board

At first glance this may not seem like a sensible acquisition for LinkedIn, but I think the company needs to branch out into value play opportunities. This includes educational content, which is what Lynda.com provides. I wouldn't be surprised if LinkedIn continues to make purchases like this.
Reply  |  Post Message  |  Messages List  |  Start a Board
Editors' Choice
Hot Topics