LG's mobile payment platform would coincide with the launch of the company's flagship V10 smartphone, which boasts fingerprint technology.

With mobile payment platforms slowly but steadily gaining traction -- and trust -- with consumers, another platform is due to hit the market soon, this time coming from South Korean consumer electronics giant LG.

The company is planning to unveil its own mobile payment platform to rival the likes of Apple Pay, Android Pay, and Samsung Pay, according to a report in The Korea Times.

Mobile payment services or digital payment wallets are smartphone payment apps used to pay for goods and services at the point-of-sale (POS).

The unnamed source quoted in the article said LG would debut the service, alongside partnerships with the nation's two biggest credit card companies, Shinhan Card and KB Kookmin Card, at an event for the company's flagship V10 smartphone, which comes with fingerprint technology that can be used with the payment service.

"We will sign a deal with some of the country's major card companies before officially launching our mobile payment platform," the unnamed source told the paper.

While the partnership with South Korea's two biggest credit card companies could give it a decisive edge on its home turf, one analyst quoted in the report said that LG faces an uphill battle when it comes to gaining marketshare. 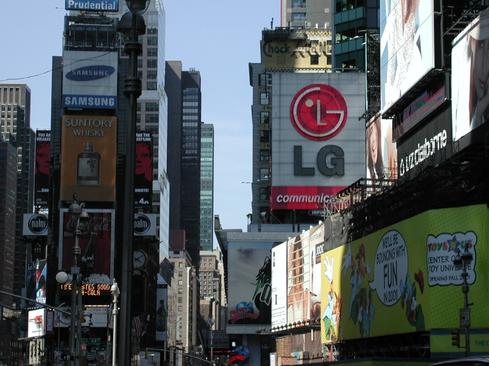 "The competition for the mobile payment market is so fierce, as an increasing number of IT giants are betting on similar services," Noh Geun-chang, an analyst at HMC Investment & Securities, told the paper. "Samsung Pay is getting more traction, and more people are using the service. It will be tough for LG to gain a competitive edge at a time when the market competition gets more intensified."

To emphasize that point, Samsung and Apple each made separate announcements this week about expanding their respective payment systems into new countries with new partners.

According to a report released this week by Inside Secure, which surveyed 1,217 US consumers, 17% of respondents who did not make holiday purchases with their mobile phone last year plan to use a payment service such as Apple Pay, Android Pay, Samsung Pay, or a proprietary service from their bank or card issuer this holiday season.

People who said they would not be using their mobile device to make in-store purchases cited identity theft, payment fraud, and privacy concerns as the primary reasons.

"For mobile payments to make the leap to full-scale adoption, the industry must create the consumer confidence that the technology is more secure than traditional card-based payments having the security to prevent identity theft and privacy compromise they have been experiencing," David Monahan, research director of Enterprise Management Associates, which conducted the study for Inside Secure, wrote in the November 18 report.

A year-long report on Apple Pay from Phoenix Marketing International provides a snapshot of the larger mobile payment market. The study found that within the first four months of its release, the Apple Pay adoption rate -- those linking any payment card to Apple Pay -- surged to 11% of all credit cardholders (15% among smartphone owners).

However, since that time adoption rate has climbed to 14%, indicating a slowdown in the growth rate.

Nathan Eddy is a freelance writer for InformationWeek. He has written for Popular Mechanics, Sales & Marketing Management Magazine, FierceMarkets, and CRN, among others. In 2012 he made his first documentary film, The Absent Column. He currently lives in Berlin. View Full Bio
We welcome your comments on this topic on our social media channels, or [contact us directly] with questions about the site.
Comment  |
Email This  |
Print  |
RSS
More Insights
Webcasts
Strategies for Success with Digital Transformation
Building the SOC of the Future: Next-Generation Security Operations
More Webcasts
White Papers
How to Prioritize Risk Across the Cyberattack Surface
Ahead of the Curve: Accelerate Cyber Response with DNS Insights
More White Papers
Reports
The State of Cloud Computing - Fall 2020
2020 Threat Hunting Report
More Reports