Thanks to new technology from NXP, as well as Apple including NFC technology in the iPhone 6, mobile payments are going to be huge. Here's what that future looked like at MWC 2015.

Two years ago, I got to try my first NFC smartphone.

At that time, the GSM Association, together with Telefonica, Sony, Gemalto, and La Caixa, gave away 2,500 Sony Xperia T smartphones equipped with a special SIM and 15 euros ($20) to try out on several NFC services at the show. Barcelona itself also offered the possibility to experience contactless mobile payments at 25,000 terminals around the city.

NFC solutions for transport, security, and connectivity have been around for years, but mostly embedded in smartcards and contactless tags.

The technology is used widely to track packages, to pay for public transport and event tickets, and for other functions. The advent of NFC technology on smartphones opened a new area of connectivity and endless possibilities. Android-based smartphones with NFC functionality started to appear in 2011, and many models saw the light the following year.

Deployment of NFC services for smartphones has been growing, however slowly, for the past three years. One of the key factors for the slow adoption has been Apple’s refusal to integrate NFC on its iPhones until last year.

The introduction of the iPhone 6 family in September gave NFC a significant push. 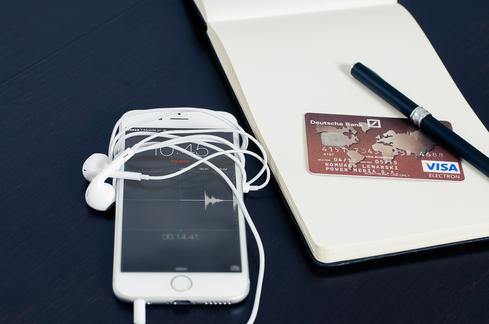 While Apple has been trying to promote the iBeacon -- based on Bluetooth 4.0 -- standard, Cupertino finally incorporated NFC technology on its new iPhone models. In addition, the company is also including the technology in the new Apple Watch, introduced earlier this month.

The system works using an NFC secure element transmitter designed together with NXP Semiconductors, the co-inventor of NFC. Apple had basically no choice but to use NFC in order to launch its popular Apple Pay service, which uses that technology to be compatible with contactless POS terminals.

Now that Apple has joined the NFC club it is expected that shipments of NFC-enabled smartphones will reach the one billion mark later this year.

Transportation is the next big step

One place where NFC has played a significant role in the past 10 years is in transportation. In a survey of public transit users in nine of the world's major cities, conducted in 2013 by Accenture, 76% of the respondents said that a ticketless mobile solution would encourage more car drivers to switch to public transport.

If that's the case, why not have citizens use smartphones to store all their contactless cards and smartcards, selecting whichever one is appropriate for each service?

In some markets, that is already working. For instance, Japan's Osaifu-Keitai system, developed by Sony and NTT DoCoMo, allows users to pay for buses and rail tickets, plus carry airplane tickets, membership cards, and some bank credit cards -- all securely encrypted on their NFC-enabled smartphones.

I had the opportunity to catch up with Pedro Martínez, head of NXP's Mobile Knowledge Center, during the 2015 MWC. Martínez told me about new products and technologies that the company is introducing to help developers port new applications to NFC-enabled smartphones.

The first is a new Secure Service Development Platform (SSDP) for Secure Mobile Transactions. The SSDP is a set of hardware tools and software blocks that enable application developers to start building new secure NFC apps quickly or port existing MIFARE applications to NFC-enabled smartphones. The SSDP is comprised of an Android smartphone (a OnePlus One) with a PN65T NFC controller, a NFC reader for PC, and a flash drive containing software blocks that enable application developers to quickly start building apps.

More on the way

NXP also announced during the MWC that the Catalan government has selected NXP's MIFARE DESFire for T-Mobilitat -- a new mobility card. The new card will provide over 5.7 million inhabitants of metropolitan Barcelona with easy access to public transportation. The Catalan government’s plan is to expand T-Mobilitat to the entire region, enabling a single solution for all residents and visitors to travel in Catalunya.

T-Mobilitat will feature the most advanced NFC solution for transport, including the option to pay with the reloadable card, NFC enabled smartphones and, later on, contactless credit cards.

One key advantage of using the NXP solution is the possibility of deploying additional services, for example integrating Barcelona’s bike sharing program, Bicing, on the same platform. Currently residents of Barcelona enjoy the convenience of the Bicing program using a NFC solution based on the MIFARE Classic technology.

With the launch of the iPhone 6, Apple Watch, and the Samsung Galaxy S6, many users will experience the convenience of mobile payments for the first time. This also means that people will start looking for other NFC solutions on their smartphones. Transit, mobile ID, and security will be the logical next steps.

This is the year, after a lot of waiting and false starts, when we will see most contactless solutions moving to the smartphone, I believe, and we’ll be finally able to leave our wallets at home.

Pablo Valerio has been in the IT industry for 25+ years, mostly working for American companies in Europe. Over the years he has developed channels, established operations, and served as European general manager for several companies. While primarily based in Spain, he has ... View Full Bio
We welcome your comments on this topic on our social media channels, or [contact us directly] with questions about the site.
Comment  |
Email This  |
Print  |
RSS
More Insights
Webcasts
Detecting and Preventing Insider Data Leaks
Hybrid Cloud: The Great Balancing Act
More Webcasts
White Papers
Why Add Security to Your Skill Set and How to Do It
Sunburst: Impact and Timeline
More White Papers
Reports
How Data Breaches Affect the Enterprise (2020)
Special Report: Edge Computing: An IT Platform for the New Enterprise
More Reports