Apple's servers had their work cut out for them Wednesday, Oct. 20, as tens of millions of iPhones, Apple Watches, and Mac computers begged them for upgrades. Apple pushed major operating system updates to its smartphones, tablets, wearables, and PCs.

iOS 9.1 has been available in beta form for quite a while, but Apple gave the public a taste this week. The update, which applies to iPhones, iPods, and iPads, is somewhat limited in terms of new features. The most obvious is the addition of support for Unicode 7 and 8. Unicode is the body that creates and approves emoji. Together, Unicode 7 and 8 bring more than 150 new emoji characters to Apple's mobile devices.

The most notable additional tiny pictures are a burrito, a champagne bottle, a cheese wedge, a taco, a unicorn head, and, yes, the middle finger.

People who use Apple Music and Apple News should notice some changes. iOS 9.1 adds a layer of sheen to the Apple Music user interface, particularly the "For You" music recommendations. Apple News expands the number of potential media outlets, meaning iPhone and iPad owners will have a greater selection from which to choose. 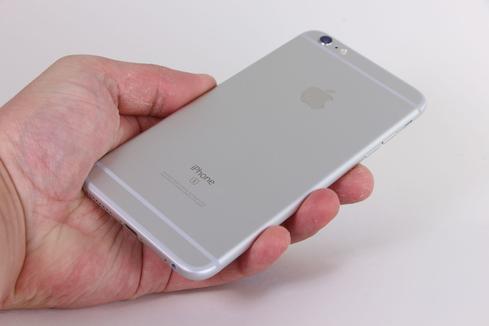 The polished OS also fixes an important bug plaguing the new iPhone 6s and 6s Plus.

When capturing Live Photos, the iPhone will now sense when the phone is raised or lowered so Live Photos won't record those moments. iOS 9.1 includes compatibility updates for the forthcoming AppleTV as well as the iPad Pro. Last, it patches several security holes, and stymies the iOS 9 Pangu Jailbreak.

iOS 9.x is already installed on 60% of iOS devices.

The Apple Watch earned a significant bug fixing update in the form of watchOS 2.0.1.

The new wearable operating system resolves a range of performance problems. For example, it fixes an issue that could cause software updates to stall and fixes issues that were impacting battery performance.

It resolves a problem that prevented a managed iPhone from syncing iOS Calendar events to Apple Watch and addresses a bug that prevented location information from properly updating. WatchOS 2.0.1 handles a problem that could cause Digital Touch to send from an email address instead of a phone number. Last, the updated platform improves stability when using a Live Photo as a watch face and smooths over a problem that allowed the sensors to stay on indefinitely when using Siri to measure heart rate.

Finally, Apple pushed the first major update to El Capitan with Mac OS X 10.11.1. The updated MacBook, iMac, and Mac Mini operating system adds support for Unicode 7 and 8 (and all those fun emoji) and tackles a significant issue that caused Microsoft Office 2016 to crash repeatedly.

This tweaked version of El Capitan improves the reliability of the OS X installer and VoiceOver tool. It resolves several problems in Apple Mail, including an issue that deleted the outgoing mail server and another that prevented certain Audio Unit plug-ins from working properly.

There haven't been reports of any significant bugs, so it appears to be safe to perform all these system updates. Have fun.

Eric is a freelance writer for InformationWeek specializing in mobile technologies. View Full Bio
We welcome your comments on this topic on our social media channels, or [contact us directly] with questions about the site.
Comment  |
Email This  |
Print  |
RSS
More Insights
Webcasts
People Are The Most Important Part of Autonomous SOC
Optimizing App Performance in the Cloud
More Webcasts
White Papers
Why Add Security to Your Skill Set and How to Do It
10 Must-Have Capabilities for Stopping Malicious Automation Checklist
More White Papers
Reports
Intelligent Outcomes Are Key to Business Resilience
The State of Threat Detection and Response
More Reports