Apple updated the beta versions of iOS 9 and WatchOS 2 this week. The betas released so far are specifically for developers, but Apple says it plans to involve Joe Public in its beta testing, eventually.

Apple released iOS 9 beta 3 for the iPhone and iPad, as well as a new beta of WatchOS 2.0. The improved operating systems make significant steps forward in general usability, and also add a range of new features.

Perhaps the biggest addition to iOS 9 beta 3 is the News app. Apple first revealed the News app during its WWDC keynote in June. News is a bit like Flipboard or HTC's BlinkFeed in that it is a socially aware news reader. The app curates news stories based on the user's preferences and also shows general channels and topics. It can also import RSS feeds from Safari, according to MacRumors.

Apple Music is the other big addition. Apple released Apple Music to iPhone owners via iOS 8.4 on June 30. It wasn't made available to beta testers of iOS 9 until this week. iOS 9 beta 3 includes the fully revised music application and allows people to try Apple Music as they check out the beta OS, including Beats 1 radio. The music app adds the ability to choose the quality of music streamed over the network, as well.

[Apple has high expectations for its next device. See Apple's New iPhone Order Will Be Massive.]

iOS 9 beta 3 includes some changes to the Photos app. There are now individual folders for selfies and screenshots. The selfies are presumably identified as any shot taken with the user-facing camera. Putting them in their own folder allows the vain to more easily find their self portraits. 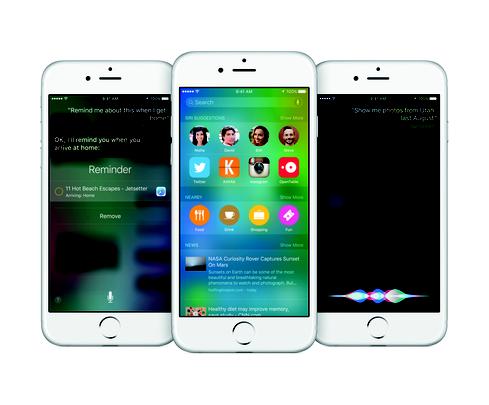 Other tweaks include: an entirely new two-factor authentication tool, app suggestions within Siri-based Search, and adjustments to how iOS handles restrictions.

Apple distributed a third beta of WatchOS, too. WatchOS 2 requires iOS 9, but it can be downloaded over the air. Apple didn't provide many details about what's new in this third beta, but it powers native apps that run on the watch itself rather than the iPhone. The revised wearable operating system also gives developers access to more of the Watch's hardware, including the Taptic Engine, accelerometer, microphone, and heart-rate monitor.

Apple releases new beta builds about every other week. The betas released so far are specifically for developers, but this year Apple plans to allow anyone to test iOS 9 in beta form. It's not clear what features will be in the general beta releases for iOS 9. Apple hasn't said when it will make the general beta available to Joe Public.

Eric is a freelance writer for InformationWeek specializing in mobile technologies. View Full Bio
We welcome your comments on this topic on our social media channels, or [contact us directly] with questions about the site.
Comment  |
Email This  |
Print  |
RSS
More Insights
Webcasts
The Failures of Static DLP and How to Protect Against Tomorrow's Email Breaches
ROI and Beyond for the Cloud
More Webcasts
White Papers
A Technical Deep Dive on Software Exploits
Zero Trust Evaluation Guide
More White Papers
Reports
Are Unprotected Cloud Databases Leaking Your Data?
Email Security Threat Report 2020
More Reports