Apple iOS 9 is shaping up to be more than just a performance upgrade. New details emerge pointing to a stronger competitor, called Proactive, which will challenge Google Now and Microsoft's Cortana.

Siri, Apple's iOS-based personal assistant, has been the butt of more jokes than it has been the subject of praise. Siri may be functional for some voice-activated tasks, but it doesn't offer the powerful predictive assistance offered by Google Now and Microsoft's Cortana.

A new report suggests Apple is hoping to change that with iOS 9.

Apple has been quietly working on a project called Proactive for several years. Proactive bundles together the powers of Siri with the contacts, calendar, and Passbook apps, in addition to third-party apps to challenge Google Now, reports 9to5Mac.

Google Now and Cortana are able to search through users' inboxes and calendars to generate alerts for upcoming calendar appointments, flights, or commute times. The just-in-time information is truly helpful -- if you own an Android or Windows Phone handset.

Proactive is seen as the next step in the evolution of Apple's Spotlight Search, according to 9to5Mac. It will dive much deeper into the user's personal data, and, as such, will exist as a new layer within the operating system -- replacing Spotlight on the home screen. Apparently Apple has been looking for ways to cut down on its reliance on Google. Spotlight's current position on the home screen, which is hidden, has reduced use of the Apple-made search tool. 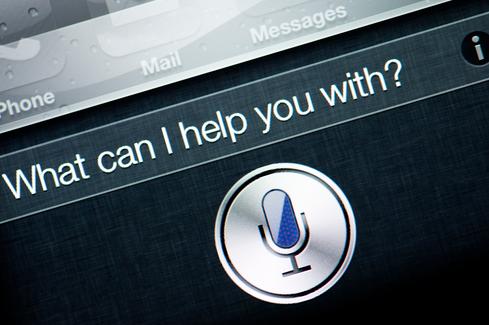 Moving Proactive back to the main screen is seen as a way boost adoption.

The tool will have its own screen and user interface for presenting calendar details, daily news stories, and other content. Proactive will be able to automatically push relevant information and/or notifications based on the iPhone owner's usage patterns.

Like Google Now and Cortana, it may tell people that it's time to head to the airport in order to catch a flight, or use real-time traffic data to suggest they leave the office a bit early to avoid an accident. Proactive may also make suggestions based on what people normally do over the course of the day, such as phoning relatives.

A big part of Proactive will entail integration with Apple Maps.

For example, Proactive will be able to surface points of interest relevant to a user, such as the location of the next meeting on the calendar. Moreover, 9to5Mac's sources say Apple Maps may gain some augmented reality features for displaying this content. Rather than work with third-party companies like Foursquare or Yelp, Apple is going it alone to develop this augmented reality data.

The last piece of the puzzle here is Siri itself. Apple has a limited API on deck called Breadcrumbs that will give third-party apps some access to Siri's features. Apple is worried about customer privacy, which is why the API will be restricted from accessing all of Siri's powers.

[Read about how Office is coming to Android.]

With a modicum of voice assistance and maps, calendar, and app integration, Proactive sounds like a much more complete vision for Siri and Spotlight Search.

Proactive's place in iOS 9 is not assured. Some executives have reservations about launching such an ambitious feature. It may go live on a smaller scale, with other features to arrive later down the road.

Apple is expected to reveal iOS 9, with new HomeKit powers, and the next version of OS X at its Worldwide Developers Conference on June 8.

> Apple is expected to reveal iOS 9, with new
> HomeKit powers, and the next version of OS X
> at its Worldwide Developers Conference on June 8.

With almost a week left to go, I am excitedly looking for the event. Google has revealed very powerful developments at I/O. I am sure Apple has others in its bag. Let see. With both manufacturers (Xiaomi, Huawei, Samsung) and OS providers (Microsoft, Apple and Google) at full swing, 2016 will be a very happening year for smart phones.
Reply  |  Post Message  |  Messages List  |  Start a Board
Editors' Choice
Hot Topics