Apple is making iOS 9 available to its smartphones and tablets today. The refreshed operating system doesn't boast massive game-changing features, but it does add a nice layer of polish to the platform. Here is a rundown of the most important improvements.

Perhaps the most compelling reason to give iOS 9 a shot is Siri's new proactive mode. Apple's voice assistant can now tackle a wider selection of natural language requests. It's better at anticipating user needs, such as checking traffic and schedules. Siri also gains greater control over third-party apps, thanks to expanded APIs. 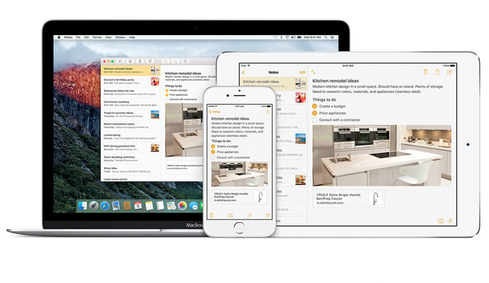 Apple News will adorn the home screens of iPhone and iPad owners near and far. This application is similar to Flipboard in that it is a socially aware news-reading application. Apple curates content for the app, which packages it up in an economical and visually-appealing reader.

Apple Maps (finally!) gains support for public transit systems, though it will be somewhat limited at launch. New York, Chicago, and Washington are among the first batch of cities that will show subway, transit, and bus maps, along with directions for using them for getting from point A to point B.

The iPad lands a major upgrade with iOS 9, due to multitasking. A select set of apps can be used side-by-side on the iPad. For example, it's a snap to look up restaurant details in Safari and then view the location of said eatery in Apple Maps without leaving the browser.

Move to iOS is a new app meant to help people switch from an Android smartphone to the iPhone. It can be used to transfer content such as contacts, messages, and photos from an Android handset to Apple's smartphone.

iOS 9 is a more efficient operating system than its predecessor.

To start, Apple shrank the platform from more than 4GB to about 1.5GB. This allows a wider range of older iPhones to install the new OS. Further, apps adjusted to iOS 9 can trim down their storage space requirements thanks to a feature called App Thinning. This, in turn, means app updates will be smaller and faster to download from the iTunes App Store.

The revised platform also gains some improvements to power management. Apple took pains to improve iOS 9's ability to run for an extra hour or so each day on smartphones and tablets. What's more, iOS 9 adds several tools for managing battery life should users find themselves running low before the end of the day.

[What's the best smartphone? Compare the iPhone 6s to the Galaxy S6.]

iOS 9 should be more secure. Apple is stripping the ability to use four-digit PINs from iOS 9 in favor of six-digit PINs. This raises the possible number of security codes from 10,000 to 1 million. This better protects i-devices from brute force attacks. Two-factor authentication is onboard, too.

Apple is improving CarPlay in iOS 9, which gains support for wireless connections between iPhones and cars. People won't have to cart a cable with them any more when connecting their iPhone to their car.

HealthKit is better able to monitor user's movement (or lack thereof). It can now track water intake, menstrual cycles, and even UV exposure.

Last, iOS 9 introduces object-oriented contacts, which will allow apps to share more data with one another.

Adoption of iOS 9 is expected to be strong. Crittercism believes as much as 31% of iPhones and iPads will be sporting the new operating system within seven days of its release. By day 25, that number will jump to about 50%, which should be three days quicker than the adoption rate for iOS 8. iOS 8 is installed on more than 80% of iPhones and iPads.

By way of comparison, Android 5.0 Lollipop -- released about a year ago -- is installed on 21% of Android devices.

Eric is a freelance writer for InformationWeek specializing in mobile technologies. View Full Bio
We welcome your comments on this topic on our social media channels, or [contact us directly] with questions about the site.
Comment  |
Email This  |
Print  |
RSS
More Insights
Webcasts
Enabling a Smooth DX Transformation in the Post-Pandemic New Tomorrow
[Free Virtual Event] Using Microsoft in 2020 & Beyond
More Webcasts
White Papers
Get The Key to Cloud Success
Gartner's Solving the Challenges of Modern Remote Access
More White Papers
Reports
Endpoint Security 2020: The Resurgence of EPP and the Manifest Destiny of EDR
Cyber AI: An Immune System for Email
More Reports