For the first time, Apple is allowing people other than developers to try a pre-release version of iOS. Is the iOS 8.3 beta a shift for the company?

Apple pulled back the curtain a little bit this week for those curious to get their hands on the newest version of iOS before it hits the streets. The company is inviting registered members of its Apple Seed program to beta-test iOS 8.3. As is often the case, Apple is acting rather mysterious about the whole affair and there are few concrete details.

The Apple Seed program has been around a while and allowed Joe Public the opportunity to test the last two versions of OS X before their general release. It requires an Apple ID and a willingness to test unfinished, sometimes-buggy software builds. On Thursday, March 12, 9to5mac noticed a change in the language to the Apple Seed website.

First, the company renamed the website from Apple Seed to Apple Beta Software Program. Second, it added references to iOS where previously it only referenced OS X.

"For the first time ever we are broadening the program to include the all-new iOS Beta," reads the website. "The feedback we have received on the OS X Yosemite Beta continues to help us shape OS X, and now the iOS 8.3 Beta is available for download."

Consumers interested in testing iOS 8.3 (and OS X) may join the program, but that doesn't mean they'll be able to get their hands on the software. According to iMore, Apple is inviting people from the existing pool of registered Apple Seed testers. 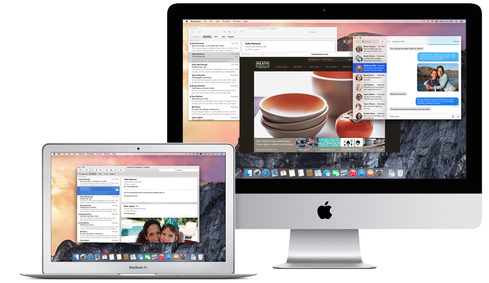 "Apple is not doing a full-on public beta like they did for OS X Yosemite, but are instead inviting a subset of Apple Seed members to participate in the iOS 8.3 beta," reports iMore. The website provided a screenshot of the invitation.

So, yes, iOS 8.3 is available in beta form, but not to everyone. Don't rush to join the Apple Beta Software Program expecting to get immediate access to the new operating system. There's no word on how many invitations Apple is extending, but it doesn't appear to be that many.

This opportunity is entirely separate from Apple's developer program, which has its own beta release schedule. Apple distributed iOS 8.3 to developers earlier this week. It tends to offer new beta builds once every two weeks until the code is ready for everyone. According to Apple iOS 8.3 adds filters to control iMessage, adds a new emoji keyboard, and adds support for a handful of new languages in Siri. iOS 8.3 also makes a number of unspecified tweaks to performance.

If you're a developer, you should stick with the developer beta releases of iOS 8.x. If you're one of the lucky few to score an invitation to test iOS 8.3 under the auspices of the Apple Beta Software Program, enjoy your new status with Apple.

Eric is a freelance writer for InformationWeek specializing in mobile technologies. View Full Bio
We welcome your comments on this topic on our social media channels, or [contact us directly] with questions about the site.
Comment  |
Email This  |
Print  |
RSS
More Insights
Webcasts
People Are The Most Important Part of Autonomous SOC
Cybersecurity's Next Wave: What You Should Know
More Webcasts
White Papers
Sunburst: Impact and Timeline
Buyer's Guide to Next-Gen Cloud Security Posture Management (CSPM)
More White Papers
Reports
Protection Strategies for a Cyber-Resilient Organization
The State of DevSecOps Report
More Reports

Huh. I guess I must have signed-up for the Apple Seed program at some point as l noticed a software update on my iPad last week and went ahead and installed it. I'm running v8.3. I didn't even realize it was a beta program thing! Interesting ...
Reply  |  Post Message  |  Messages List  |  Start a Board

LiTan: It makes perfect sense that Apple would start making the iOS beta available. What I don't get is the name change for the program. Apple Seed is clever, why do you think they changed the name to make it sound so pedestrian?
Reply  |  Post Message  |  Messages List  |  Start a Board

This is probably a very good idea. Devlopers are notoriously bad at wearing a QA hat. Its like we have some sort of blinders on, and in strange areas. No, its those users that find the good stuff.
Reply  |  Post Message  |  Messages List  |  Start a Board

It's good that we have iOS 8.3 Beta available. Personally I am willing to have a try. I am not sure if it indicates the shift of strategy but this is good for Apple-fans: try the new stuff earlier than before.
Reply  |  Post Message  |  Messages List  |  Start a Board
Editors' Choice
Hot Topics

More Informa Tech Live Events
Nip Ransomware in the FUD: Detecting Attacks Pre-Encryption Cybersecurity's Next Wave: What You Should KnowStrategies for Success with Digital Transformation