New password requirement can reduce the risk of running up big bills from unauthorized purchases.

Last week, a mother in New York filed a lawsuit against Google alleging unjust enrichment after her son rang up $65.95 buying digital "Crystals" while playing a game called Marvel Jump Run Smash. She filed the lawsuit in San Francisco and is seeking class action status to help all the other similarly-afflicted parents out there.

The case closely mirrors one filed against Apple several years ago. Apple ended up settling that case for $5 million and was fined an additional $32.5 million by the government. At issue here is the ease with which users -- i.e., kids -- can make real-world purchases when playing games or using other applications on mobile devices.

The Google Play Store offered a single way to prevent unauthorized purchases: users could be allowed to make in-app purchases without a password as long as they occurred within a 30-minute window from when the app was first downloaded. This feature could be toggled on or off. It's not clear in the case mentioned above if the mother activated the 30-minute window or not. Either way, the kid made a ton of in-app purchases and wasn't blocked by a password. (Read the lawsuit here.)

Google made good to fix the problem by updating the Play Store itself. The changes were first spotted by Android Police. The update was pushed out late last week, though after the lawsuit was filed. The biggest and most important change to the Play Store's behavior is the new ability to require an account password for each and every purchase. This lets parents or device owners block anyone from buying anything unless they enter the password. Parents can also still choose to make use of the 30-minute window. This should do the trick. 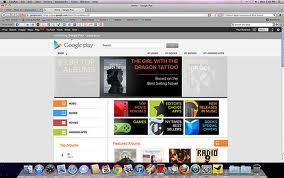 This highlights once again the growing need for "kid mode" or "guest mode" on mobile devices. Most Android handsets don't offer the ability to switch modes, though some Android tablets, such as the Nexus 7, do. Microsoft did well to put Kid Mode in Windows Phone. It's high time that same functionality made its way to all mobile devices, regardless of operating system. The issue goes far beyond one of unauthorized purchases -- it also can play a vital role in protecting personal data from prying eyes.

Google made other changes to the Play Store. The updated store now lets users install apps in batches if they so wish. Google moved the location of the Settings and Help tools, which are now visible in the main slide-out navigation tray. Google also altered the name of one function to clarify exactly what happens when users download new apps. Out of the box, all Android devices will automatically place a shortcut on the home screen whenever a new app is installed. In order to turn this off, you had to unmark a setting called "Auto-add widget." Not exactly intuitive. Now, this setting is called "Add icon to home screen." That's much more obvious. Last, Google made it possible for users to force the Play Store itself to update. Previously, users simply had to wait until the update randomly reached their device. Google made a number of other, minor tweaks to the software, as well.

The new version of the Play Store is 4.6.16. Google is pushing it out to Android devices gradually.

Interop Las Vegas, March 31 to April 4, brings together thousands of technology professionals to discover the most current and cutting–edge technology innovations and strategies to drive their organizations' success, including BYOD security, the latest cloud and virtualization technologies, SDN, the Internet of things, and more. Attend educational sessions in eight tracks and visit an Expo Floor more than 350 top vendors. Register with Discount Code MPIWK for $200 off Total Access and Conference Passes. Early Bird Rates end Feb. 21. Find out more about Interop and register now.

A friend recently ran into a similar predicament after his young son rang up a bunch of games on the Apple Store without really knowing what he was doing. My friend called Apple. Purchases removed. Pretty simple. Vendors need to apply common sense and provide solid customer service. Apple did.
Reply  |  Post Message  |  Messages List  |  Start a Board

Let's discuss the technology options, not judge the parenting decisions of people we have never met.
Reply  |  Post Message  |  Messages List  |  Start a Board

I'm not saying that there shouldn't be a guest mode. But this mother is avoiding the delicate subject of her parenting skills. Parents often hand their children a distraction so they can ignore them. And now they're all pissy because they expect Google to handle everything for them. I would have never bought something without my parents' permission because they taught me that that's not okay. Pretty simple. That's your job. Stop blaming everyone else for your incompetence.
Reply  |  Post Message  |  Messages List  |  Start a Board

It seems like there should be other legal justifications not to have to pay credit card bills incurred by minors. The child is clearly not an authorized user on the account, and minors are not legally capable of entering into contractual obligations.
Reply  |  Post Message  |  Messages List  |  Start a Board
Editors' Choice
Hot Topics