With Android 6.0 Marshmallow only installed on 2.3% of Android devices, Google is already looking ahead to the next major release of its mobile operating system, Android N.

On Wednesday, Google released a Developer Preview of Android N, far earlier in the year than it typically releases Android software.

"By releasing the first preview and asking for your feedback now (in March!), we'll be able to act on that feedback while still being able to hand off the final N release to device makers this summer, so they can get their hands on the latest version of Android earlier than ever," said Lockheimer in a blog post.

Early feedback offers a way to improve software quality. Apple took a similar path in 2014 when it expanded access to beta versions of its software beyond developers.

But as Lockheimer notes, the early release also provides developers with more time to implement new operating system features in their apps. Earlier delivery to Google's hardware partners, which have traditionally been slow to update their devices, could encourage more timely updates. According to Lockheimer, there are 400 Android OEMs, 500 carriers, and 1.4 billion Android users worldwide. 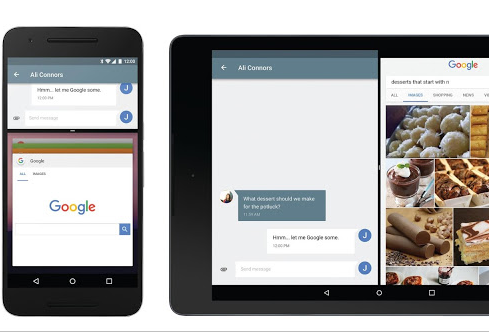 Among Android N's new capabilities, "multi-window" is one of the more noteworthy. It offers support for split-screen multitasking, a feature that will help Google's Pixel C tablet compete more effectively with Apple's iPad. Coincidentally, Google is offering the Pixel C to developers at 25% off its $499/$599 list price.

The Doze power-saving feature introduced in Android 6.0 has been expanded to save battery power more efficiently when the screen turns off.

Android N is getting better Java 8 compatibility, as well. "With Android's Jack compiler, you can now use many popular Java 8 language features, including lambdas and more, on Android versions as far back as Gingerbread," explained Google VP of engineering Dave Burke in a blog post.

When the Jack compiler was introduced in 2014, there was speculation that lack of Java 8 compatibility at the time signaled further divergence from Oracle Java. Yet earlier this year it became clear that the opposite had happened. Android N is moving closer to Oracle Java by moving away from its Apache Harmony-based libraries and toward OpenJDK, the open source implementation of Oracle's Java Development Kit.

Google has not explained its rationale for doing so, but presumably the change reflects Google's assessment of its ongoing court battle against Oracle's claims on Android.

That doesn't mean Android will use Oracle's proprietary Java APIs. According to VentureBeat, Android will remain distinct from Oracle Java, but that distinction will be based on OpenJDK rather than Apache Harmony going forward.

Lockheimer declined to reveal the release name for Android N, but his refusal offers a strong hint: "We're nut tellin' you yet."

Given Google's pattern of naming each major release of Android after a sweet treat and Lockheimer's hint, "Nutella" might be a good guess.

Thomas Claburn has been writing about business and technology since 1996, for publications such as New Architect, PC Computing, InformationWeek, Salon, Wired, and Ziff Davis Smart Business. Before that, he worked in film and television, having earned a not particularly useful ... View Full Bio
We welcome your comments on this topic on our social media channels, or [contact us directly] with questions about the site.
Comment  |
Email This  |
Print  |
RSS
More Insights
Webcasts
Virtual Event: The State of Cloud Security
Building a Strategy for Detection and Response
More Webcasts
White Papers
Cybersecurity Research: 2019 AWS Cloud Security Report
Securing Real-Time Communications for Dummies Book
More White Papers
Reports
Cyber AI: An Immune System for Email
2019 State of Privileged Access Management (PAM) Maturity Report
More Reports

""multi-window" is one of the more noteworthy. It offers support for split-screen multitasking, a feature that will help Google's Pixel C tablet compete more effectively with Apple's iPad. "

I know the line is that the Google tablets need to do this to compete with the iPad but Samsung has been doing this on some level with many apps on Android devices.  I think this is less about taking on the iPad and more about usability.  I tell people often that if I could work in 3 or 4 windows simultaneously then a dock able tablet or phone could become my day to day desktop.  The problem with single windows is that many of us move data from one window to another or verify data in one window with data in another or we work on a task while we wait for another to finish.  In any of those instances jumping back and forth between windows is painful.  Even Windows 3.1 let us have multiple windows open so it feels like modern devices should be able to handle this now that we're seeing more of them running on screens that won't fit in our pockets.