Like Glass, Chrome now has "ears." Say, "OK Google," and the browser will act on your spoken search.

For years, Google has thought of its search box as a command line for the Internet, a conceit that entails typed text. But on mobile devices, speaking is often more convenient than typing, at least in places where silence is not the norm.

Google has spent considerable effort developing effective voice recognition, going back to the introduction of its Goog-411 service in April 2007, since discontinued. In 2011, it brought spoken-word queries to desktop computers through Chrome. Last year, the company made substantial improvements to its Voice Search for both mobile and desktop devices.

But invoking Voice Search required a manual trigger until last November, when Google introduced a Chrome extension to enable "hotwording," a way to make Chrome listen for a trigger word that initiates voice input, just as Google Glass listens for the "OK Glass" command.

On Thursday, the company made its voice-based -- or "hands-free" -- search available through its latest Chrome Beta for desktop users, without an extension. Consider this a sign that Voice Search now matters at least as much as typed search queries. The future is mobile, after all.

"With the latest Chrome Beta, you can search by voice on Google -- no typing, clicking or hand-washing required," said Ji Adam Dou, an engineer at Google, in a blog post. "Simply open a new tab or visit Google.com in Chrome, say 'Ok Google,' and then start speaking your search."

At least that's what will happen eventually. The specified version of Chrome Beta for Mac (34.0.1847.11) hadn't yet learned how to listen at our deadline. As Dou's post indicates, Chrome's attentiveness "will be rolled out to English (US) users on Windows, Mac and Linux over the next few days," so check back shortly. Chrome users in the US who previously downloaded the Chrome Voice Search Hotword (Beta) extension should no longer see the now-redundant extension in their extensions list. 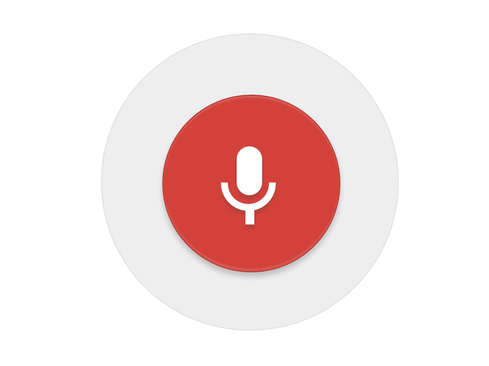 When Google finally activates Chrome's ears, its search service will listen not only for Voice Search queries that follow the "OK Google" trigger phrase, but also for Voice Action commands. These can be commands to set a Calendar event, send an email to a Google Contact, call a Google Contact, or set a Google Now reminder.

The latest Chrome Beta also adds the ability to copy supervised user permissions from one device to another. A supervised user may be a child subject to parental controls, a worker subject to employer controls, or an account that needs to be restricted. Simply open the Settings menu and in the Users section, add a new user. The pop-up window now includes an "Import supervised user" option.

Thomas Claburn has been writing about business and technology since 1996, for publications such as New Architect, PC Computing, InformationWeek, Salon, Wired, and Ziff Davis Smart Business. Before that, he worked in film and television, having earned a not particularly useful ... View Full Bio
We welcome your comments on this topic on our social media channels, or [contact us directly] with questions about the site.
Comment  |
Email This  |
Print  |
RSS
More Insights
Webcasts
What We Can Learn from Sports Analytics
Making Cybersecurity Work in Small and Medium-Sized Businesses
More Webcasts
White Papers
Two-Factor Evaluation Guide
The State of Threat Detection and Response
More White Papers
Reports
The State of Threat Detection and Response
How IT Security Organizations are Attacking the Cybersecurity Problem
More Reports

@ BRIAN_CIAMPA, the biggest point here is detecting the accents. This has been the biggest hurdle so far in the way of voice search. There are so many accents of English within English speaking territories and among foreign English learners. That said, location can already be easily detected using IP addresses and location services.
Reply  |  Post Message  |  Messages List  |  Start a Board

Google is taking another step ahead of others. With voice search mastered, there will literally be no match for Google in times to come. Frankly speaking there is still no match for Google in manual search. Notwithstanding the negative things attached with Google regarding spying or advertising, we must admit that they are paving the way for future computing that is mobile.
Reply  |  Post Message  |  Messages List  |  Start a Board

"If those from another location were constantly searching for something while in my location, I would be interested in that."

Google voice search is not different from the regular search, if we are considering the data that could be analized.

And, how would Google know that the person searching for something while in your location is from another location?

If those from another location were constantly searching for something while in my location, I would be interested in that. Perhaps there is a business opportunity there or simply the opportunity to help out. Data science can turn up some real gems or it can turn up nothing. You don't know if you don't investigate. I was just suggesting that this kind of investigation MAY be possible with this technology.
Reply  |  Post Message  |  Messages List  |  Start a Board

What would be the point? I don't see any useful use of such information. For silly data science there is already Facebook "research".

The voice recognition and control is one of the future trends for eletronic equipments. Intel RealSense/Perceptual Computing also facilitates the capability of Dragon Assistant for voice controlled computer. There is still long way to go but it's promising. For example, with Intel RealSense technology, the PC can already recognize the basic control command from humans. The next step would be further refining and improving its capability.
Reply  |  Post Message  |  Messages List  |  Start a Board

Both Apple and Google have been working hard on voice. It's a far cry from the days when everyone thought that Dragon Dictate was super innovative. Even today I don't think it is as good as it can be.

Voice will probably become a dominant version of digital input in the future, but there is still a lot of work that will need to be done in order to make that happen.
Reply  |  Post Message  |  Messages List  |  Start a Board

I think most computer/social media users

Are complete morons for giving their lives over to these massive companies.
Reply  |  Post Message  |  Messages List  |  Start a Board
Editors' Choice
Hot Topics