Reversing a reversal of its initial victory, Google once again has prevailed against Oracle's claim that Android infringes its Java copyrights.

Google's use of Oracle's Java APIs in Android qualifies as fair use, a jury in San Francisco decided on Thursday. This marked the second time Google has prevailed in a case that dates back to 2010.

That year, Oracle charged Google with copyright and patent infringement for its use of Java API code in Android. Oracle lost its patent claim but its copyright claim was upheld in 2012. However, the jury at the time couldn't agree on whether Google's use of Java represented fair use.

The divided jury prompted US District Court Judge William Alsup to rule that Java APIs are not protected by copyright law, a conclusion many in the technology industry have argued is necessary for interoperability and innovation. 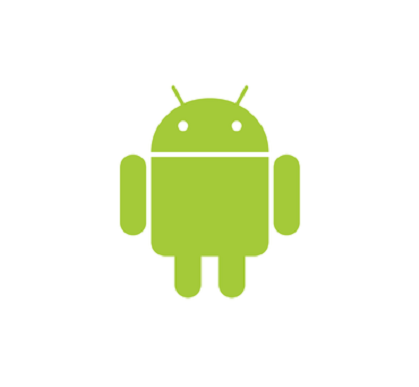 An amicus brief filed in 2013 on behalf of 32 prominent computer scientists by the Electronic Frontier Foundation argued that Alsup's decision in Google's favor should be upheld. "The freedom to re-implement and extend existing APIs has been the key to competition and progress in the computer field -- both hardware and software," it said.

But in 2014, the US Court of Appeals for the Federal Circuit in Washington overturned Alsup's ruling.

When the Supreme Court refused to consider Google's appeal last year, the case was returned to Alsup's court to decide on the issue of fair use. A new set of jurors heard arguments from Google and Oracle over the past two weeks. After three days of deliberations they decided in Google's favor.

Google's victory does little to mitigate the potential risk that software developers now face if they incorporate copyrighted APIs into their code. Few developers can muster legal resources to match Google's in the event they're sued for infringement. But the ruling does get Google out of paying a damage claim that could have reached $9 billion, according to court filings.

"Today's verdict that Android makes fair use of Java APIs represents a win for the Android ecosystem, for the Java programming community, and for software developers who rely on open and free programming languages to build innovative consumer products," a Google spokesperson said in an emailed statement.

The fight is not over, however. "We strongly believe that Google developed Android by illegally copying core Java technology to rush into the mobile device market," said Oracle General Counsel Dorian Daley in an emailed statement. "Oracle brought this lawsuit to put a stop to Google's illegal behavior. We believe there are numerous grounds for appeal and we plan to bring this case back to the Federal Circuit on appeal."

Thomas Claburn has been writing about business and technology since 1996, for publications such as New Architect, PC Computing, InformationWeek, Salon, Wired, and Ziff Davis Smart Business. Before that, he worked in film and television, having earned a not particularly useful ... View Full Bio
We welcome your comments on this topic on our social media channels, or [contact us directly] with questions about the site.
Comment  |
Email This  |
Print  |
RSS
More Insights
Webcasts
Protecting Your Enterprise's Intellectual Property
ROI and Beyond for the Cloud
More Webcasts
White Papers
SANS 2021 Cyber Threat Intelligence Survey
A Practical Guide to SASE Migration
More White Papers
Reports
Are Unprotected Cloud Databases Leaking Your Data?
How Data Breaches Affect the Enterprise (2020)
More Reports

I wonder how much longer the fight will continue. I wonder too how far-reaching some of these court decisions will become.
Reply  |  Post Message  |  Messages List  |  Start a Board

It is going to take many court decisions to establish that Java APIs are public facing code that must be available for all parties to use. So let's go to whatever has to be the next step.
Reply  |  Post Message  |  Messages List  |  Start a Board
Editors' Choice
Hot Topics