CEO John Chen is asking legislators to expand the definition of net neutrality to ensure an open mobile app ecosystem. Irony, anyone?

BlackBerry CEO John Chen is aiming to ride the net neutrality bandwagon to a more open mobile app ecosystem that, theoretically, would serve to aid his company's products and services. In the process, he's making a bid to expand the definition of what is protected under any potential net neutrality legislation.

Chen asked US lawmakers to expand the definition of net neutrality to include a prohibition against application providers discriminating against operating systems. The request was made in a letter sent Wednesday to John Thune, chairman of the Senate Committee on Commerce, Science and Transportation; Fred Upton, chairman of the House Committee on Energy and Commerce; and Ranking Committee Members U.S. Senator Bill Nelson, and U.S. Representative Frank Pallone Jr.

Net neutrality refers to the non-discriminatory treatment of network traffic by network service providers, with some exceptions for quality of service and security concerns.

Although the scope of those exceptions remains open to debate, Chen insists that there's "widespread disagreement" about the definition of net neutrality and argues that the term's hazy definition should be expanded to prohibit practices such as Apple's refusal to make its iMessage app available on BlackBerry or Android devices and Netflix's refusal to makes its streaming service available on BlackBerry devices. It's hard to miss the irony in Chen's request, given that in the not-too-distant past, BlackBerry's operating systems, apps, and even its data network were once completely proprietary.

The Federal Communications Commission next month is expected to vote on rules that aim to apply some form of net neutrality on network operators, possibly by reclassifying broadband providers as common carriers under Title II of the Communications Act. 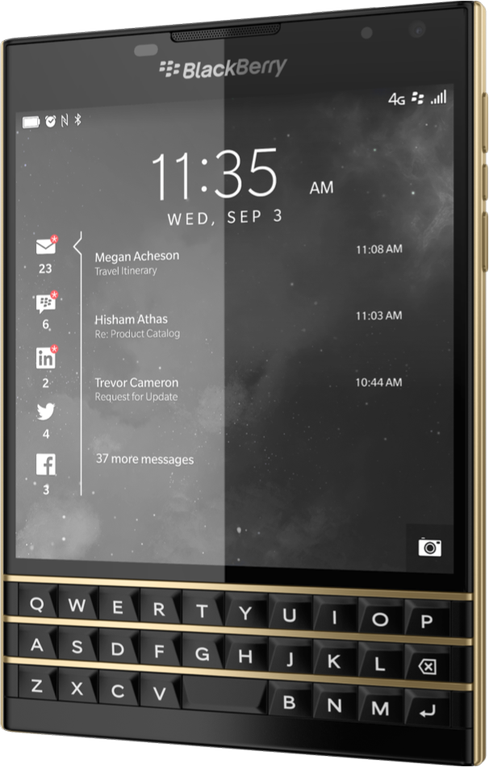 Chen's proposal, were it by some miracle adopted by the Federal Communications Commission, would put an end to platform-specific app development. Developers creating iOS or Android apps would also have to release a BlackBerry-compatible version.

"[N]eutrality must be mandated at the application and content layer if we truly want a free, open and non-discriminatory Internet," said Chen. "All wireless broadband customers must have the ability to access any lawful applications and content they choose, and applications/content providers must be prohibited from discriminating based on the customer's mobile operating system."

Chen's proposal would impose huge costs on companies making software. It would require Apple, for example, to create and maintain versions of mobile Safari for Android, BlackBerry, Windows Phone, and potentially other mobile operating systems -- Symbian, anyone? It would affect Google, Microsoft, and just about every other developer of mobile apps. It would call into question native development, because even with tools to convert native code to other platforms, such translation rarely works without platform-specific adjustments. It would make cross-platform development -- a practice scorned by former Apple CEO Steve Jobs because it enforces a lowest-common-denominator experience -- all but mandatory.

Thankfully, it won't happen. The purpose of net neutrality, however it's defined, is not to eliminate platform distinctions or competition. It's to ensure that network service providers cannot interfere with the delivery of lawful content from third parties.

It would be reasonable to ask that platform providers be required to allow the installation of lawful third-party apps without contractual or technical barriers -- were Apple forced to allow iOS apps to be sold outside the iTunes App Store like OS X apps are, the end of its iOS distribution monopoly would enhance competition and benefit consumers. But it's not reasonable to ask software makers to expend resources to prop up struggling companies like BlackBerry, at least not under a capitalist economy.

Thomas Claburn has been writing about business and technology since 1996, for publications such as New Architect, PC Computing, InformationWeek, Salon, Wired, and Ziff Davis Smart Business. Before that, he worked in film and television, having earned a not particularly useful ... View Full Bio
We welcome your comments on this topic on our social media channels, or [contact us directly] with questions about the site.
Comment  |
Email This  |
Print  |
RSS
More Insights
Webcasts
Key technology trends in 2021 - Making these technologies work for your business
People Are The Most Important Part of Autonomous SOC
More Webcasts
White Papers
Why Add Security to Your Skill Set and How to Do It
Sunburst: Impact and Timeline
More White Papers
Reports
Building an Effective Cybersecurity Incident Response Team
How IT Security Organizations are Attacking the Cybersecurity Problem
More Reports

In the near future "app" net neutrality may all become a moot point anyway. Many software vendors are moving to HTML5 software deveopment platforms in combination with jQuery mobile or Kendo UI, in order to provide "device independent" access to enterprise business software functionality.

So basically all of the enterprise business software functionality available on a PC/laptop, is also available to any blackberry, iOS or Android device, but with a smart UI to optimize navigation for small screen devices.

This technology is advancing quickly. Kendo UI (in conjunction with an HTML5 application) for example, actually chameleon's itself automatically to "look" like a native Blackberry, iOS, or android app, and can access almost all of the device on-board functions (camera, gps, local database, files, media).

As this mobile technololgy advances the whole "app" conversation will become irrevelant.
Reply  |  Post Message  |  Messages List  |  Start a Board

It can be viewed as sort of neutral in that it would put all mobile operating systems on the same playing field, theoretically. In reality, this is a shot in the dark by the CEO of an all-but-failed company. No one likes to admit it or be involved at the failing end, but companies have a lifecycle that often involves in death. Not every company or technology can or should be around forever. I'm sure Blackberry will hang around for a while yet, but I have a hard time thinking it could ever be the powerhouse it once was because the entire mobile landscape has changed 100% multiple times since their hayday.
Reply  |  Post Message  |  Messages List  |  Start a Board

John Chen is phrasing it as an expanded definition of neutrality but his proposal is anything but neutral. It favors those with a mobile technology platform and applications but not enough customers.
Reply  |  Post Message  |  Messages List  |  Start a Board
Editors' Choice
Hot Topics